While GE has consumer-facing boards on Pinterest, it’s the company’s B2B boards that get the lion’s share of attention—especially its Badass Machines page. It features the “biggest and baddest technologies produced by GE.”

What’s sparking this major attraction? In a word, visuals. GE creates epic behind-the-scenes photos of everything from jet engines to gas and wind turbines. While GE’s products may not seem to be inherently visual, like food or fashion, close-up images of powerful machines are awe-inspiring. Which is why people can’t get enough of them. So much so that GE also posts the images on its popular Instagram page. 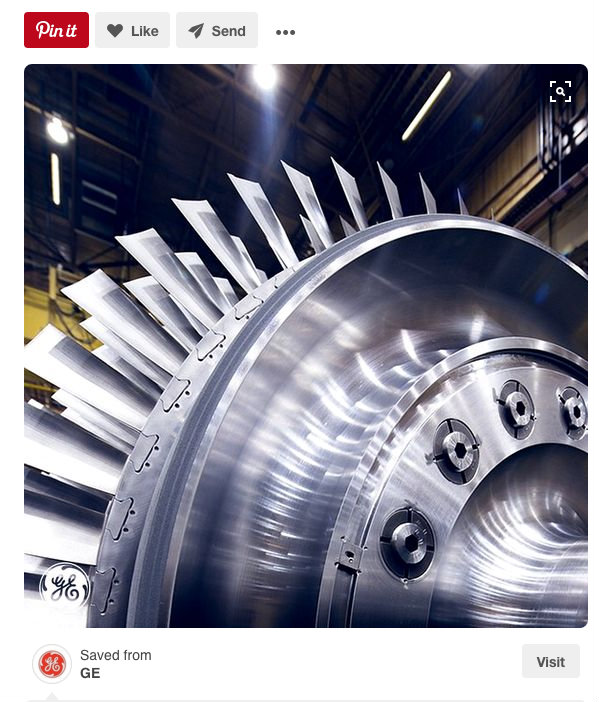 GE is one of thousands of companies investing heavily in the power of images to attract, fascinate and engage their target audiences. While in the past the power of images was quantified by a single number—“a picture is worth a thousand words”—today, a wide variety of numbers are quantifying the impact of images. Here are just a few:

Fotolia created an Adobe Slate to display its list of reasons why visuals are powerful. It adorned its list with dozens of powerful photographs extracted from its online photo marketplace. 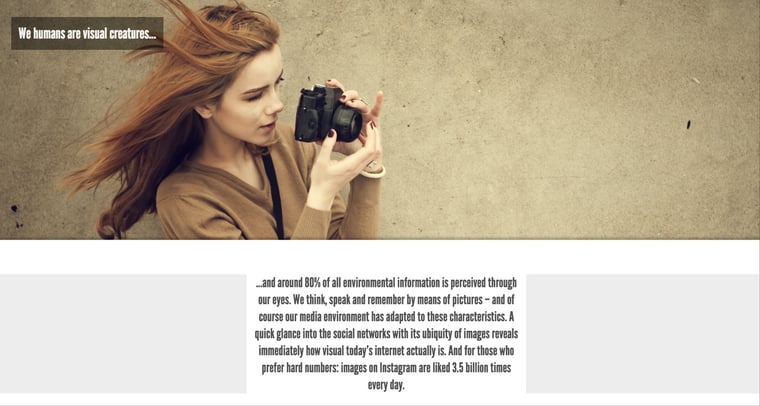 Here are five of the reasons why visuals are important:

The companies galvanizing the power of images to boost marketing impact are using a wide range of visuals along with photographs. Here are the most common visual mediums:

So now you’re likely inspired to leverage the power of images in your content marketing to stand out and attract your potential customers. How can you make sure you’re producing riveting, authentic and attention-grabbing yet relevant images—especially considering today’s saturated visual world?

Who would have ever thought that thousands of images of coffee culture would be noteworthy, let alone hugely popular? Yet, that’s one of the key reasons Starbuck’s social media is so popular among coffee lovers. Customers even share images of their daily drinks. The key factor the company is tapping into is authenticity—having a cup of coffee is a daily ritual for the vast majority. 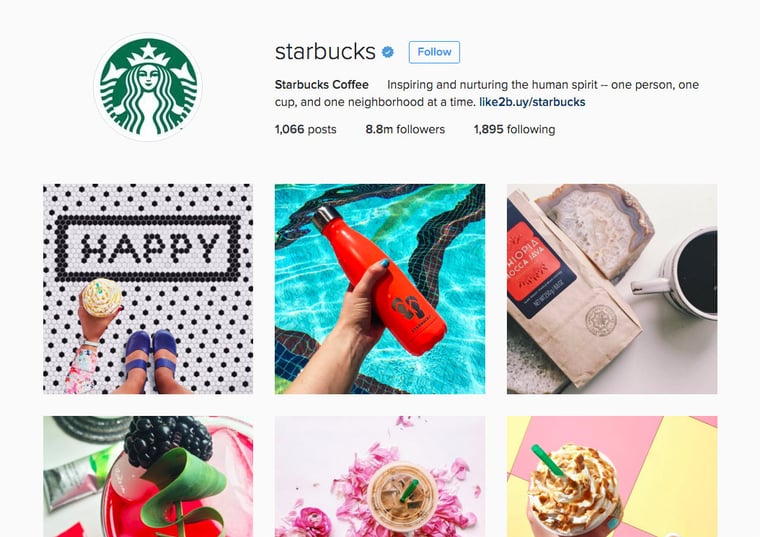 “In the age of the selfie, people want something that speaks to them personally. Images that come off as constructed, airbrushed or posed no longer resonate. People want the unpredictable, but familiar at the same time. They want real, candid moments from everyday life. … Authenticity taps into the passions and emotions of an audience, letting them see something of themselves in the images and turning them into eager advocates of the story you’re trying to tell.”

Fun fact: Olapic co-founder Jose de Cabo discovered that “users who click on real-life people are twice as likely to convert to a sale,” as reported in the Wall Street Journal.

Can images illicit smells or sounds or texture? Not literally. However, they can tap into our sensory memories to the point that we think we can smell, hear and taste images. That’s why tapping into our memories is a potent principle of image creation.

“We want zoomed in, we want high detail; wrinkles, textures—the nitty-gritty. We want to go beyond pixels, we want to smell and touch. A striking image strikes for just that very reason. All-encompassing visceral exposure draws on a viewer’s memories, past sensations and experiences, building stronger connections in the brain. Our culture has succumbed to information overload, but our senses still yearn to be stimulated.”

There are many memorable figures in today’s marketing world—Steve Jobs, Richard Branson and Jeff Bezos, to name a few. These are powerful characters who fuel a narrative by embodying a relevant archetype, such as the Hero, the Explorer or the Ruler. Companies with famous leaders leverage their archetypes to expand their brands.

But companies without famous leaders can still leverage the power of archetypes through visuals. Just look at these three classic, powerful brand archetypes as examples:

“Archetypes are written in our DNA and are just as powerful today as they were at the dawn of humanity. … The most relevant branding archetypes, for instance, are Caregiver, Jester, Lover, Outlaw, Explorer, Creator, Hero, Magician, Sage, Ruler, Innocent and Everyman. Through understanding the archetypal stories that shape our culture and values, brands can create more engaging content and better connect with their audiences. The sweet spot happens when you find an image that taps into something ancient, timeless and universal, yet is incredibly contemporary.”

Harley-Davidson evoked its iconic archetype in an infographic created from a study on women Harley riders. 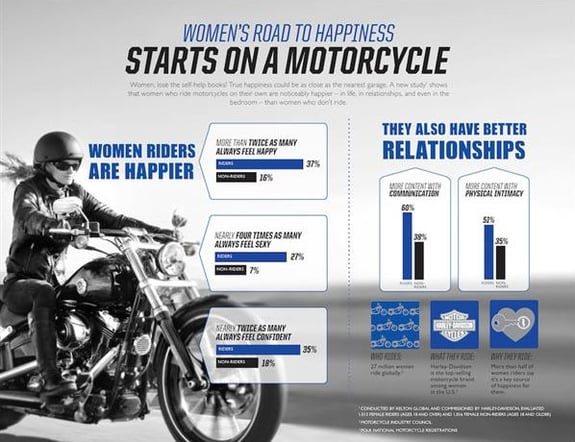 Is your marketing sensitive to locations, cultures and real-time? If so, you’ve captured the power of relevancy—a potent component of power visual storytelling.

“The difference between a great photo and a forgettable one is an instant gut reaction—you know it when you see it. That’s why it’s vital to keep on top of the game and ahead of the crowd, delivering localized content in real-time. Know your audience and trust them to open their minds. … To connect with audiences, choose images that capture a moment in real time and make relevant connections with how we live our lives today. The best visuals are immediate and timeless effortlessly and simultaneously.”

Rackspace did an awesome job of capturing relevancy, as well as authenticity, in its “Day in the Life” video. You literally cannot look away once you click play.

There’s no denying that we live in an age where image-makers and visual trendsetters hold the power of influence. You can join them! Discover how your company can best telegraph your brand through images. You’ll be rewarded with marketing content that delivers far beyond a mere 1,000 words.