Why Conversion Percentages Are Dropping for Google and Facebook

It’s no secret that ad conversions are dropping for the world’s two biggest digital advertising platforms. If you’re looking at your Google and Facebook ad conversion rates and wondering what’s gone wrong, you wouldn’t be the first.

The good news: you’re far from alone with this problem of plummeting conversions. How to improve conversion rates in Google ads and Facebook ads is a pretty common question right now. In the past year, we’ve seen conversions drop by one to two percent across the board – which, in terms of missed sales opportunities, is a lot!

The bad news: well, your digital ad conversions are declining. Maybe even in free-fall.

Reversing this trend isn’t an easy one-two-step fix. It’s a systematic issue. But there are ways to bump up conversions and improve your return on ad spend (ROAS) despite the ever growing array of digital places to spend ad dollars, new privacy restrictions and shifting audience demographics.

Understanding why conversion percentages are dropping for Google and Facebook is the first step to pursuing a more effective demand generation strategy.

A few years ago, digital advertising was almost synonymous with Google and Facebook ads. They were the dominant players and the best bet to reach your target audience online.

Now, while Facebook and Google combined still make up more than half the global digital ad market, that duopoly has broken apart as other digital platforms begin to attract ad dollars and audiences.

The average Internet user spends six hours and 58 minutes online, according to the most recent Digital Global Overview Report by We Are Social and Hootsuite. That’s an all- time high.

It’s not just how much time people are spending online, but also where they’re spending that time that has shifted in the past few years.

The emergence of new digital platforms on a seemingly daily basis presents ever growing opportunities for ad spending. In fact, many of these new online channels are geared specifically towards attracting advertising dollars.

YouTube, Instagram (owned by Facebook’s Meta) and TikTok have all seen tremendous gains both in terms of number of users and time spent on the platforms. The ad audiences are rising at an eye-watering pace.

It’s not just social media, though. Take television and video streaming, as another example.

A whole new category of media has emerged: free ad-supported streaming TV (known by the acronym FAST TV) where viewers can access a wide range of movies, TV shows and news channels at no cost to them. Pluto TV and Roku are just two examples of this increasingly popular model.

Then, of course, there are also subscription-based streaming services, like Hulu and Spotify, where users can choose to pay for an ad-free version or sit through ads to access content.

TV that’s connected to the internet, also known as Connected TV (CTV), has opened up new channels of advertising that meets viewers where they are as they stream their favorite shows.

Adding to the scrum in addition to TV shows, the many apps and other digital products, from fitness-focused content to edu-tainment media, all supported by ads.

It’s a fragmented landscape where companies are competing not only directly with each other for conversions, but also indirectly across platforms. A campaign focused just on Facebook and Google simply won’t cut it anymore.

A major push towards increased privacy online is sweeping across the tech landscape and it’s impacting how digital ads work. Advertising rules have changed and the ripple effects are being seen with conversion percentages on many social media platforms.

First, Apple introduced an iOS privacy update in April 2021 that allows users to opt-out of data sharing. The App Tracking Transparency framework limits the ability of developers to track behavior across apps.

This had huge repercussions for companies like Facebook, who use that data to identify information about a user and create profiles for better targeted ads. According to Facebook parent Meta, that one privacy update decreased the social media company’s revenue by $10 billion in 2022.

A year after Apple’s updates, in February 2022, Google announced that they, too, were cracking down on cross-app tracking for Android.

The changes don’t stop there, either. Google is also testing its multi-year Privacy Sandbox initiative which includes, among other privacy updates, a change to how user data is collected.

The popular Google browser Chrome, used by almost two-thirds of internet users, will start phasing out third-party cookies in 2024. Cookies are a critical tool for digital advertisers, allowing them to profile prospects based on their behavior and preferences.

Privacy updates, for better or for worse, are changing the rules of the game for some of the biggest players in the digital ad space. Less information about an audience means that ads are less targeted, reducing their effectiveness.

As a result, conversions drop.

Amid all these changes and updates is another shift in the digital ad space: changing audience demographics.

Individuals are much more than generalizations of “Millennial,” “Gen Z,” “Baby Boomer” and so forth, but there is some truth in these categorizations when it comes to media habits and consumption. Each generation has its own quirks and preferences that drive what is popular – and what is not.

Facebook is still the number one social media platform in the world, but it’s losing steam. In fact, for the first time in 2022, Facebook announced that user numbers had dropped.

New digital platforms are taking a bigger piece of the media-pie year over year, resulting in the fragmentation of digital platforms. Gone are the days of plopping in a DVD for an at-home workout for many gung-ho exercisers, for instance, as fitness apps take their place. Online communities from Reddit to Telegram to Stack Exchange are growing in popularity. Audiences are moving to new channels and so ads must, too.

The general acceptance of advertisements, particularly targeted ads, is also shifting. A decade ago, ads were often indistinguishable from organic listings and the rules around data were more lax. Now, expectations around privacy and third-party data collection are much higher. People know what ads are and have the ability to block those ads – and the tracking that’s behind them.

What Can You Do About Declining Google and Facebook Ad Conversions?

In an increasingly fragmented media landscape, breadth is winning over depth.

Previously, declining conversions with Google ads or Facebook ads could be combated by digging in deeper: going after more ad words and more ad groups. Now, instead of focusing on just one or two platforms, it pays to lean into multiple channels.

Take the best of what’s working with your ads and repeat that in new places, spreading it out across channels to reach pockets of new customers. Platforms like StackAdapt are embracing this model of multi-channel solutions by offering a single place to launch native, display, video, connected TV and audio ads.

Be tighter with your ad targeting and strategic with who you’re trying to reach, where you can reach them and what message you’re transmitting.

Getting your ad conversions back on track requires a thoughtful strategy that evolves to meet market changes head on. Innovative solutions are rarely static.

With a team of in-house demand generation experts, Kuno Creative is ready to help you rethink your strategy and improve your return on ad spend.

From pay-per-click to native advertising and retargeting to search engine optimization, Kuno Creative can support you every step of the way to make the most of your marketing investment.

Ready to connect? Schedule a consultation where we can discuss your demand generation needs. 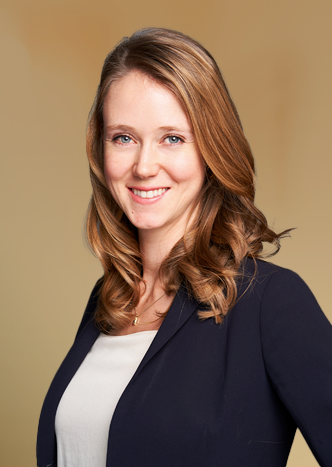 Clare is a strategic writer and content creator, specializing in digital storytelling. She brings together years of experience in the newsroom with a mission-driven attitude from non-profit marketing. Clare has lived, worked, and studied in 11 countries, and now calls sunny California home.
MORE FROM THIS AUTHOR >

How to Create an Attractive Lead Magnet