The Importance of Storyboarding Videos

Coming up with an idea for a video is an obvious first step in video marketing, but an idea will only get you so far without a full game plan and strategy to turn your vision into a reality. Part of this process includes creating a script and a video storyboard before you even turn on a camera or open editing software.

Video storyboarding pulls ideas out of your head and into a visual format that not only paints the picture for you, but also makes it easier to present the concept to others. It’s a lot easier to help colleagues and clients understand a video if they are able to see it, versus hearing you talk about it.

Before getting into the specifics of how to create video storyboards — alongside best practices to keep in mind during the storyboarding process — let’s explore why they are so important to create in the first place.

Storyboarding can be handy if you are working toward getting a video approved by your client, or even internally by your boss. Presenting one will also assist you in getting an official sign off before heading into production. Any stakeholders connected to the video project will want to be in the loop as much as possible, so if you show them a storyboard that backs up your video concept, that will help get them excited about it!

It’s also crucial to have a video storyboard so you can figure out the project yourself. You may have a great idea, but once you start storyboarding, you could potentially realize that the concept isn’t as great as you initially thought, or that it’s just not feasible to produce within the allotted time, budget and resources. Getting your ideas out helps you realize what it will actually take to produce your video, including the logistics of shots, talent and crew members, locations, stock footage and more.

The most important aspect of creating video storyboards, though, is to make sure stakeholders completely understand the project scope, goals and what’s all involved in the process, so there are limited revisions. The last thing you want is to have a video completed, only to find out your boss doesn’t like it because they thought they understood what was being created, but never really did. You’ve already expended time and money, and even worse, your boss may lose trust in your abilities.

Having a video storyboard in place makes sure everyone stays on the same page and that the client realizes everything involved with the project, while also serving as a referral document to look back on if scope creep starts to occur. It’s also a great guide for production when it comes to shooting and editing the video together.

How to Create a Video Storyboard

If you use the template provided above, creating your video storyboard shouldn’t be too much of a challenge, as long you have a clear vision for what you are trying to achieve. The absolute first step is preparing a video script. After the script has been provided, plug it into the storyboard template, creating a separate slide for each individual shot that will be needed. If it is a 60-second video, that usually equates to between 15-20 shots and slides, 3-4 seconds per shot.

After slides have been created with dialogue, it’s time to add in the shots. These shots can be acquired from anywhere on the internet, like Google Images, Shutterstock or even images from your website. It’s okay to use images with copyright attached to them since you will not be profiting directly from the storyboard. You are just trying to give an idea of the video’s overall look, feel and flow.

Keeping this in mind, create a shot list to give people a better sense of how the final product will look. Don’t add in any images you are not able to achieve in real life, like a jib shot still from the latest Martin Scorsese movie, unless your video marketing budget aligns with being able to create it.

Ensure the Video Script and Shots Are Aligned

Making sure the video shots line up with each sentence of dialogue is critical. You want to create a new slide for each new shot introduced in the video storyboard. If you have a sentence of dialogue that times out to be seven seconds long, then you will need two to three shots to cover that amount of time — which means you will need two to three individual slides, with that seven seconds of dialogue broken up between them. You will want to hone in on exactly how you want the video to look, and that means covering every single word with appropriate visuals.

There is a big difference between creating a storyboard for a live-action video versus an animated video. When shooting live-action video, you have a few seconds on both the front and back ends of a clip, which generally leaves a bit more wiggle room from an editing standpoint. On the contrary, when you are producing an animated video, every frame of the video is being created from scratch, so you need to be more precise with your storyboard.

Animating video is comparable to building a house. The construction crew starts off with a blueprint, which is agreed upon with the future homeowners. Once the crew starts to build the foundation, they aren’t readily able to go back and change the structure of the rooms halfway through the process.

Animation is very similar: It is extremely challenging to rearrange the script and shot order after the animation is already in motion. That’s why the development of a video storyboard is essential to the video creation process, for both animation and live-action marketing videos.

Presenting Storyboards to the Client

Once a storyboard is in place, and it is timed out to the proper length, then you will be ready to walk through it with the client. Having an in-person meeting helps ensure the client has clear expectations around what the project scope entails and how the video will look and feel once it’s delivered.

If the client has any questions or concerns, this is the right time for them to bring it up, as it will save any headaches or miscommunication that may take place during the project. If the client has a change of heart about something later on, you can always refer back to this conversation and the presented storyboard, its approval prior to production and the added cost of making any changes at this point.

Whether you are creating a 3-minute animated explainer video or a 15-second social ad, video storyboarding is beneficial to all parties involved in video production. Your client will be grateful you included them in the pre-production phase, and it will make them feel confident about the video they have entrusted your team to produce. Most importantly, a storyboard makes for an overall better experience and final end product.

If you still have any questions or need help getting your video marketing off the ground, contact the Kuno Creative team. As a full-service inbound marketing agency, we offer comprehensive video production solutions — from video ideation and scripting, through production and distribution — to support you at every stage of video marketing. We look forward to collaborating with your business! 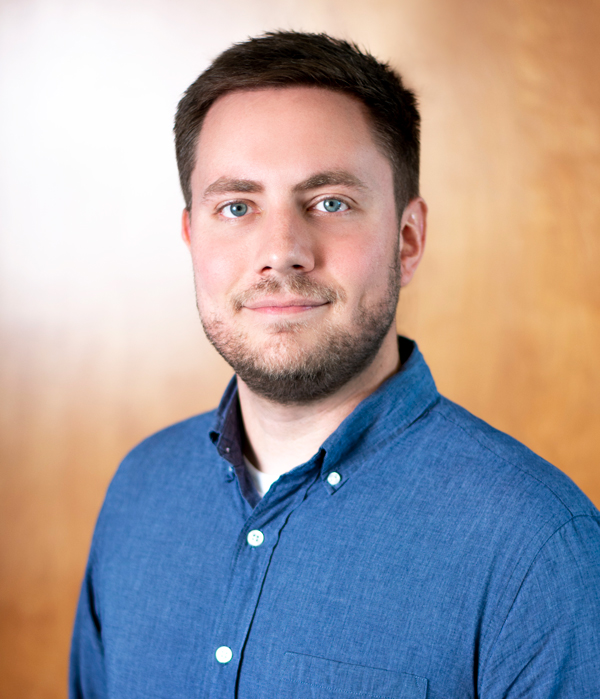 John produces engaging and cinematic video that matches the objectives of Kuno clients. He has more than seven years of combined video production experience from working with brands like Eaton, Parker Hannifin and igus, along with creating lifestyle content under his personal JHMOTION brand. John holds a Bachelor of Science in Electronic Media Production.
MORE FROM THIS AUTHOR >