The Power of The 6-Second Video

They say big things come in small packages, and the same could be said for video. In this microwave society we’re living in, less is more, so you may be amazed by the power a 6-second video can offer.

Want to see some award-winning videos that engage and delight?

A recent survey finds that the 6-second video ad is not only becoming more popular, but it’s also becoming more powerful. More and more companies are adding them to their campaigns. Why? They’re a great way to get a hyper-focused message to potential customers.

Let’s take a look at some of the survey results, examples of 6-second video ads, talk about why they’re so powerful and discuss how you can get started making them.

If you’d like to understand the power of the 6-second video, you can start by checking out this great study done by Adweek Branded and gumgum.com. This survey of more than 300 brand marketers and agencies asked for opinions on extremely short ads.

Their researchers found that the 6-second format is becoming more widespread. It’s moving from digital video pre-roll (like the YouTube ads you watch before a video) into media like TV. Fox, for instance, sold 6-second ads during last year’s World Series, key NFL broadcasts and the 2018 Teen Choice Awards. AMC and Snapchat have also started using them.

If you look further into the numbers, you’ll see marketers are beginning to transition from 15- and 30-second ads to six- and 15-second spots. According to the study’s findings...

This means that pre-roll ads, bumper ads, and short-form videos can capture attention and lead viewers to a call-to-action. This is good because 75% of advertisers say they’re under greater pressure to deliver high view counts.

The best way to get an idea of how much content you can cram into a 6-second video is to see one. Here are a few examples:

Any good video elicits emotion, no matter how long or short it is. All three of these examples do just that. Whether it’s the sense of relief Mom gets from having a quick, easy way to feed the whole team, how cool it would be to have a refrigerator that creates its own space, or how sweet it would be to win a trip because of a Cheeto.

You can see that 6-second ads, when done correctly, can help tell your story and get your message across. These examples also show that less time doesn’t mean you have to be less creative. What’s critical is making sure that your creativity extends to your media strategy. You need to find ways to position your ads so they move consumers through your purchase process.

Why 6-Second Videos Are Hard to Produce

While advertisers see shorter ad formats as the future, there’s one little hangup they keep running into: It’s awfully hard to tell a story in 6 seconds. Fifty-six percent of advertisers surveyed in the Adweek Branded/gumgum study indicated that creative constraints are the biggest challenge to adopting short video ads ... Unless you develop a strategy.

A 6-second video requires a different approach. There’s no question that the message must come across immediately and demand attention. But a 6-second video can also be used to set up longer ads to create a more cohesive experience. You can make your 6-second ads the icebreaker, a 15-second spot to add details and long-form ads building off that story.

That’s why hiring the right video marketing agency can be critical to your success. Teaming with experienced multimedia producers can help you get your message across — concisely. If you’re interested in getting started, check out our video marketing page to find tips on how to create great videos. Or take a look at examples of some of the videos we produced for our clients. 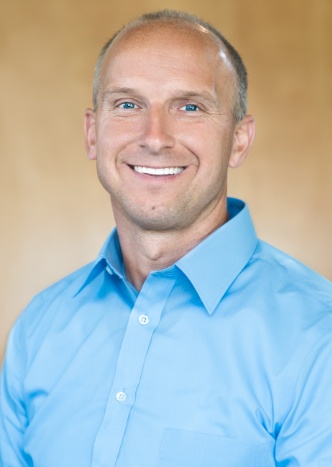