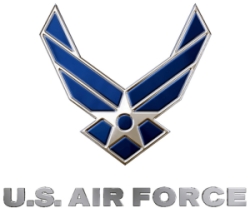 How the US Air Force Constructs Social Media Policy

On Thursday, May 5th several social media influencers, members of the media, and Kuno’s own Amy Stark and I were invited to attend the 434th Air Refueling Wing’s Social Media Flight at Grissom Air Reserve Base in Peru, Indiana.  Attendees were able to watch the Air Force do a four hour airborn refueling mission.  The purpose of the flight was to leverage the guest’s social media networks and reach in order to tell the Air Force's story while building brand advocates that have social media authority.  In the words of the Air Force, “If we don’t tell the Air Force story, someone else will. . .”

Full disclosure – This is written by a current Army National Guard soldier and OIF veteran.

Prior to crossing the LD (line of departure), the participants sat through a number of briefs.  These briefs were to educate us on Grissom Air Reserve Base, the 434th Air Refueling Wing, our forthcoming mission and the role social media plays in the Air Force and throughout the military.

From my own experience, individual branch's Recruiting Commands have been using social media as an outreach tool since MySpace became popular.  However, over the last few years the Air Force and the military as a whole have begun to deploy social media as a communications and public affairs tool.

The Air Force now uses social media as one of several channels for crisis communication and community outreach.

In order for the Air Force to commit to using social media outside of recruiting several things had to happen.  First the US Department of Defense (DoD) had to push out a directive making social media sites available on the closed military networks (DTM 09-026). Next, the Air Force had to do a thorough examination of social media and conduct a SWOT analysis.

Lastly, the policy had to be written and disseminated down the chain of command until it reached the airmen and airwomen.  The Air Force's social media guidance can be found in section 15 of AFI 35-113.  The Air Force Reverve Command has their own social media policy here.  Public Affairs is responsible for overseeing that these policies are adhered to and troops are trained accordingly.  Below are the "best practices" and recommendations the 434th Air Refueling Wing share with airmen and airwomen.

The mission itself is something I'll remember for the rest of my life.  Watching two giant airplanes connect in midflight for hours at a time is awe-inspiring to say the least.  The Air Force and our other military service branches are the best in the world at what they do for a reason.  They have systems, doctrine and traditions that lay out particular methodologies for identifying problems and overcoming them.

In some cases these systems may appear to make the military slow to respond or change regarding new societal norms or revolutionary communication shifts like social media.  This "red tap" was swiftly worked through as it pertains to social media and policies were written, deployed and executed.  Given the size and breadth of our Department of Defense this is an impressive accomplishment indeed.

After realizing how impressive this was I couldn't help but grin at how many medium and large companies still refuse to use social media in their marketing mix.  I can't count how many excuses I've heard as to why social media wasn't viable for company 'X.' If one of the world's largest organizations, the US Department of Defense, can find value in social media, successfully develop and deploy policy, and train millions in a relatively short period of time what's holding back these companies?