5 Innovative Places to Add Video Marketing to Your Website

If you’re hoping to crush content marketing in the next few years, you’ll have to up your video game. There’s no denying that video is overtaking many other forms of content due to its ability to achieve multiple marketing goals—from lead gen, to prospect nurturing, to brand building. At least, that’s the conclusion based on several leading marketing studies.

Case in point: The Cisco Visual Networking Index reported that by 2019, 80 percent of content consumed on the web will be video, up from 64 percent in 2014. In fact, there will be so much video by 2020, it would take an individual more than 5 million years to watch it all, according to the study.

Companies aren’t producing video just for the sake of it or because it’s trendy. Rather, it is delivering a tremendous marketing boost to businesses that use video: 74 percent of B2B marketers said video now converts better than other content type, according to the 2016 Digital Marketing Trends: Video In Business by Demand Metric. Further, a study by Google and Millward Brown Digital found that 70 percent of B2B buyers watch videos throughout their path to purchase.

As if these stats aren’t convincing enough, the Aberdeen Group discovered that companies that use video marketing grew their revenue a massive 49 percent faster than those who don’t use video.

So, by now, you’re likely convinced that you need to get in on the video bonanza and start producing more video. But where should you begin? For starters, there are five potent ways you can add video to your website immediately.

1. Backgrounder Videos on Your Home or Product Page

Websites don’t have to be static experiences. Some companies are using large, browser-sized videos as backgrounds for their home page. These videos can either subtly change the mood and atmosphere on a site or demonstrate products. Also, backgrounder videos provide a unique opportunity to tell a story that wouldn’t have been as easy or perhaps as fun as with a regular, static home page.

Avera eCare, a telemedicine company, knew exactly what to put on its home page backgrounder video—a telemedicine scene in action with a medical procedure under way in one location, and being observed by medical practitioners in a remote location.

2. Explainer Videos on Your Home Page

If you haven’t heard the term “explainer videos,” they are a category of marketing videos that explain what your company does in a short and concise format, so anyone can understand it. Think of them as Cliff's Notes for your business.

One reason they’re valuable is that they engage viewers’ senses and make it easier for them to retain more information. In other words, when viewers watch and hear videos, they are far more likely to remember that than just a text description.

This works because learning through video is more attractive to C-suite business executives than reading. According to a Forbes study, 59 percent said they would rather watch an online video than read text covering the same information on a website.

As a bonus, explainer videos greatly increase conversions. According to Internet Retailer, 52 percent of consumers say that watching an explainer product video made them more confident in their online purchase decisions and 66 percent of consumers will watch the video two or more times. By helping potential customers quickly understand what you do, you can get them to take the next step that much quicker.

ScaleArc did a great job of creating an explainer video about its database load-balancing software, a product that could be difficult to understand without a quick, engaging synopsis. It allows viewers to get an immediate sense of not just what the company is, but also, more importantly, the problem it solves and the functionality that makes the software unique. 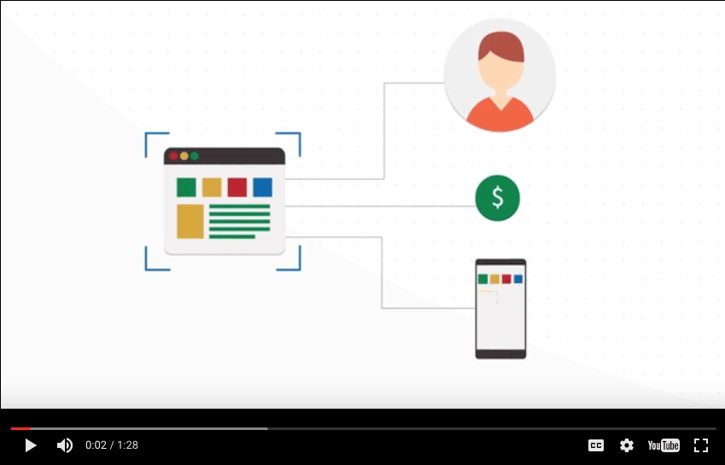 Social proof is a psychological phenomenon where people assume that the actions of others reflect correct behavior for a given situation. And it’s a proven ingredient of generating marketing influence. Social proof is a must for attracting more potential customers, edging out competitors later in the buying process and closing deals faster.

In fact, the 2015 B2B Buyer’s Survey Report by DemandBase and Demand Gen Report, found the top two resources that buyers rely on when researching potential vendors were peer and colleagues reviews. Further, the study found that reviews were rated as “very” to “somewhat” important for comparing and narrowing down vendors later in the buying process by 90 percent of survey respondents.

While there are dozens of ways to communicate social proof, one that is often overlooked is video customer testimonials. Yet they have the potential to deliver the maximum impact, because few marketing vehicles can compare to being able to see and hear a satisfied customer tell their story. It’s authentic and more tangible than text alone.

WorkflowMax does an excellent job of leveraging the power of social proof videos. Check out one of its many compelling case study videos featuring its client, Cymon Allfrey Architects.

4. Employee Team Videos on About Pages

Employee team videos hold a unique distinction: They can provide prospects with a personalized view inside your company that few other types of content can achieve. They also benefit from the old marketing adage that people are attracted to people. There’s nothing like a face-to-face interaction to engage a prospect and move them down the buyer’s journey faster.

One of the leading advantages of team videos is that they can be the easiest to produce. Companies can just set up video cameras in the workplace, do a few test runs, then capture employees’ commentaries in their own voices. So there is no reason not to integrate them into your content mix.

Not surprisingly, Vidyard, a video marketing company, features an extensive employee video library on its website’s “Meet the Team” page. 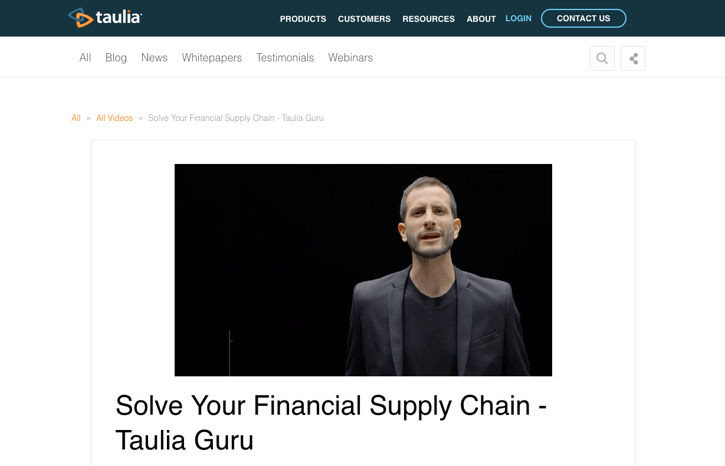 A key concept of promotion in today’s hyper-saturated world is being able to capture viewers’ attention. A study by Harvard Business School found that what’s critical in promotional video is the context in which the viewers are watching the promotions or ads.

“The amount of attention that consumers are likely to give to ads, regardless of brand or product, is quite predictable. For instance, people in the cinema tend to pay high attention to ads and trailers. On the other hand, media multi-taskers—for example, people who watch TV with a computer in their lap—tend to pay less attention. If they are young and also have a mobile phone by their side, then they pay even less attention. Therefore, the best content for ads depends on the context in which viewers will be exposed to these ads, and the predicted level of attention that they are likely to provide.”

The results of the survey provided the following tips on optimizing video advertising for your audience’s attention levels:

There’s no denying the power of videos to attract, nurture and sell to prospects. Ignoring its potential in an overall marketing mix is a lost opportunity, while adding high-quality video—especially a wide variety of video types—gives companies an advantage in today’s increasingly video-focused world.