There are 1,648 messages piling up in my personal email inbox since the last time I checked. Which was...when? Two weeks ago? OK, judging by the lingering Halloween-themed offers, it's been almost a month.

The reason I’m so terrible at remembering to check it is because that’s usually all it contains—offers. Tons and tons of them, most of which I’ll delete without ever opening.

If I’m a marketer and I’m not checking my emails, then who is? It’s a question all of us should be asking this holiday season.

Retailers send an estimated 22 promotional emails to each of their active subscribers in November and a whopping 28 in December, according to data from Exact Target.

Yikes. No wonder I’ve been ignoring my inbox. That doesn’t mean marketers should just give up—after all, it’s the season of hope. This year, online shopping is projected to post double-digit growth, an increase of 14 percent from last year, SailThru’s Holiday Data Report shows. A significant portion of those sales are spurred by emails, with open rates peaking at 13.2 percent during Thanksgiving weekend and steadily dropping off afterward to a low of 8.3 percent the week of Christmas, as customers are inundated with holiday messages.

So what separates the well-received holiday emails from those that get tossed aside along with the wrapping paper? I went to my own neglected inbox to find which holiday emails appealed to me most and what they had in common.

A Subject Line That Stands Out

I’ve received about one email a day from Cache since early October and I haven’t opened any of them, but one in particular caught my attention. I actually received it Nov. 2, but I opened it right after winter showed up early this past week, giving us all a rude awakening with piles of snow and windchills that make temperatures feel like sub-zero. 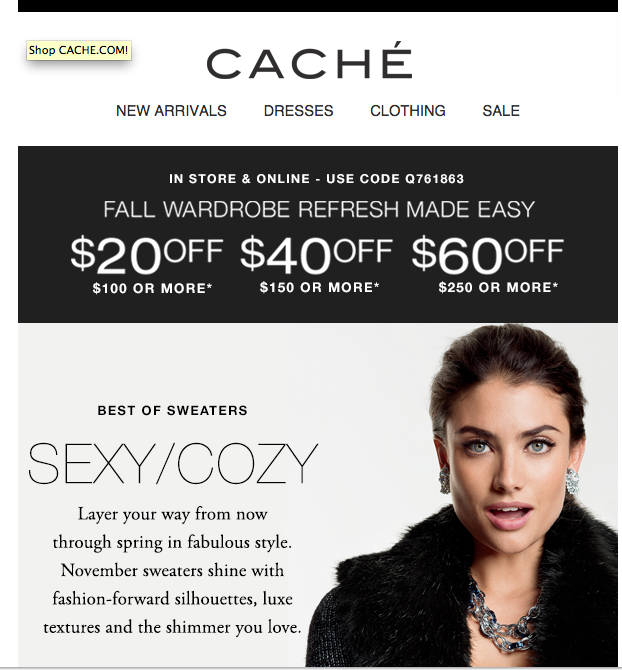 On a morning when I’d worn my winter coat for the first 30 minutes of the day, the idea of staying warm and looking great at the same time really resonated with me.

The next email I noticed also had a compelling subject line, “Skip The Lines At The Mall And The Park!” but it was accompanied by a deal that really delivered something valuable. It was a limited-time offer to buy a one-day 2015 ticket for Cedar Point amusement park before prices went up and get a Fast Lane pass for free. These front-of-the-line passes can cost as much as $100 or more on a busy Saturday, and that’s in addition to regular park admission. 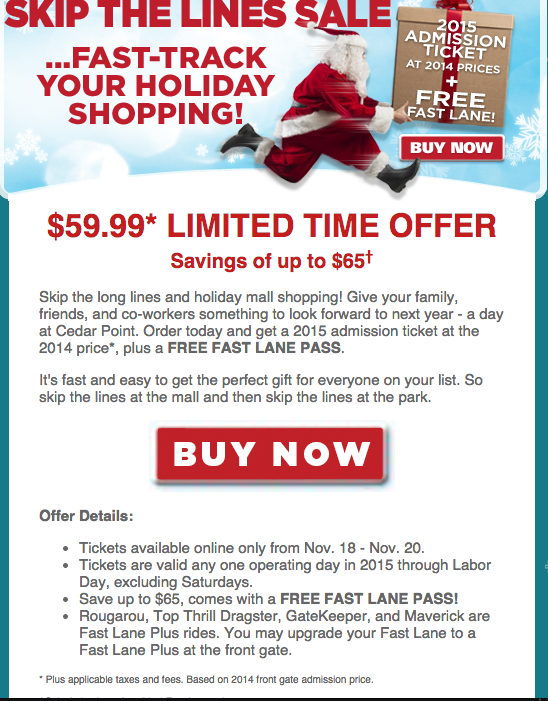 I actually had to read the email twice to make sure there wasn’t a catch. What a great deal!

As you plan your holiday email marketing strategy, keep in mind you’re competing with thousands of other offers. A coupon for 10 percent off might not make the cut. You want to reward your customers for being loyal to you all year long (or at least not unsubscribing.) Give them something they can’t get any other time.

I already like hearing from food writer and How to Cook Everything author Mark Bittman, so I was delighted when I opened his latest email newsletter. His books were included in the email, but it wasn’t about how great they were or why I should buy them right now. It was a personal note about Thanksgiving traditions and a video of him cooking with his daughter, followed by a list of holiday recipes that are great for delegating. 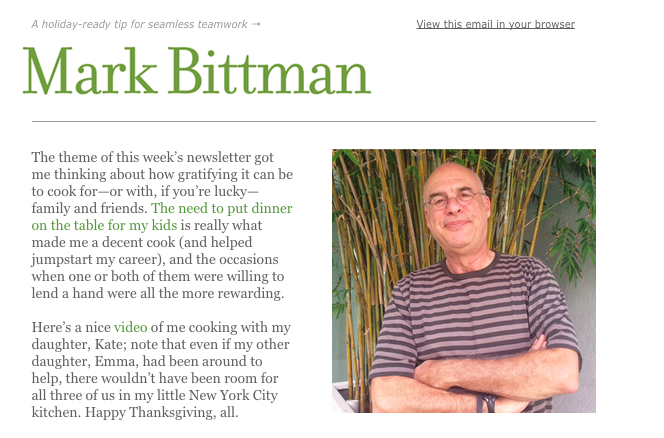 I loved the sincerity of this email and the helpful hints.

Consider what you can do to make your holiday messages more personal and useful. Maybe it’s a list of the top five new management books on your CEO’s wish list or tips for fabulous table decorations. Whatever the content, share it the way you would when you’re having a conversation with a friend or a co-worker. Think like a person, not a brand.

A Clear Call to Action

I scrolled through an email from Kellogg that was chock-full of creative Thanksgiving recipes. There were turkey cranberry meatballs and cranberry chutney and goat cheese dip for party appetizers. I found Rice Krispie treat pops decorated like turkeys; perfect for my niece and nephews. I spent a good two minutes browsing through the email. The only problem: I counted 24 calls to action. Twenty-four places where I could click to view a recipe, earn extra points, get extra coupons, receive more email reminders about sales and even win a trip to Disney World. 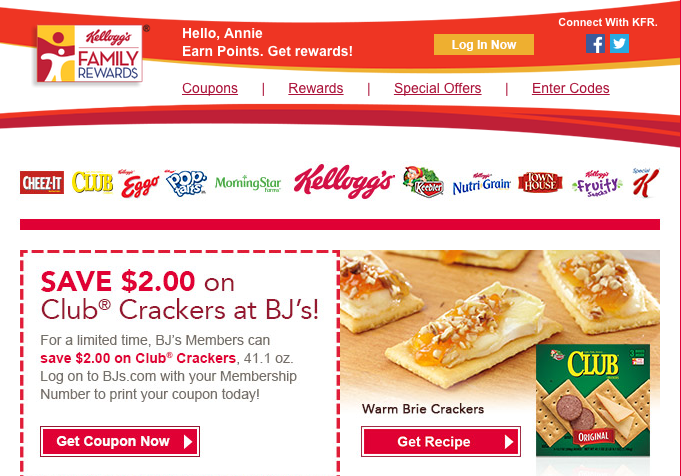 Wow. There was so much going on that in the end, I did nothing.

There’s nothing wrong with offering several calls to action, but CTA best practices note you get the best results when you keep it simple. Don’t overwhelm your readers; tell them exactly what you want them to do and offer a clear path. Calls to action should be brief (ideally, no more than five words), action oriented, and designed in a contrasting color scheme so they stand out.

Here are a couple more tips before you send those holiday emails:

Holiday emails do require more thought and effort, but don’t overthink them. The competition is fierce, but these coming weeks between Thanksgiving and Christmas are still among the best times to offer your customers something special.


What have you done to make your holiday emails stand out? Share with us in the comments below.