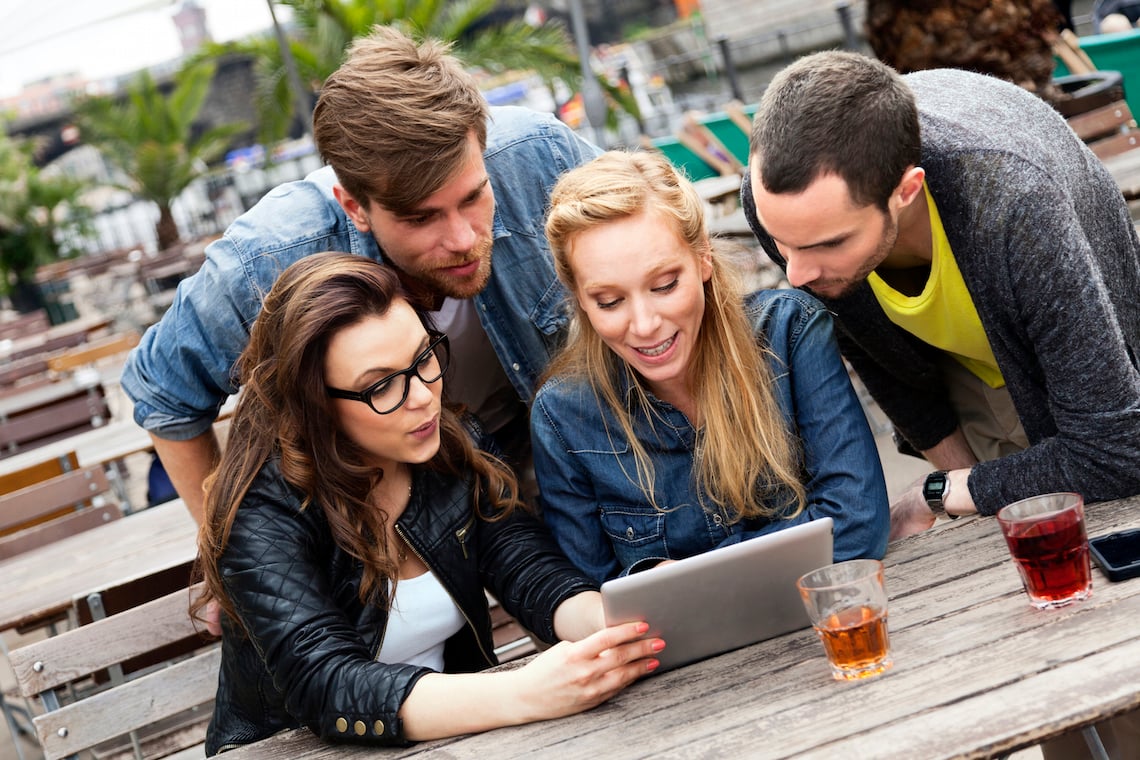 You are a true master of the Internet—a champion of the world wide web. You have attained the holy grail of inbound marketing. You have successfully produced a viral campaign.

You did your homework and studied the best practices of content development. Like Rocky, you trained ad nauseam, researched your market, defined your personas and sharpened your skills to a razor-fine edge. Through guile, persistence and a lot of brand personality, you achieved your magnum opus. Prospects are flocking to your site in droves, and everyone is patting you on the back for a job well done.

Don’t get too comfortable, though. If Myspace, Gangnam Style and the ice bucket challenge have taught us anything, it’s that Internet users are a fickle bunch. Shrinking attention spans mean marketers not only have to work harder to grab audience attention, they have to find creative, new ways to keep that attention long-term.

So, how do you keep the momentum of your viral campaign? Let’s take a look at a company that set a new standard for viral content:

In March of 2012, tiny Santa Monica start-up DollarShaveClub.com released a 94-second video. The video, featuring lines like “Are the blades any good? No. Our blades are f***ing great,” cost less than $5,000 to produce, but earned more than 12,000 new subscribers in 48 hours. The video also garnered interest from venture capitalists, generating more than $10 million in capital in eight months. In 2014 alone, the low cost shave subscription company expects to exceed $60 million in sales.

It’s not by accident CEO Michael Dubin created a multi-million dollar company from a viral video. Although he couldn’t have predicted the video’s overnight success, Dubin’s background in digital marketing and brand development helped him prepare a sustainable strategy.

Even if your viral campaign is on a much smaller scale (or larger—hey, we say shoot for the stars), here are a few lessons we could all learn from Dollar Shave Club’s success story:

There’s always one guy who’s late to every trend. Let’s call him Jerry.

Jerry is the guy sending out a funny cat meme two weeks after it’s already made it’s rounds through the office. He means well, but he only ever seems to catch on after interest has begun to wane. In fact, Jerry is so behind, he’s lost credibility on all things fresh and current.

Don’t let your brand be a Jerry. If you’re going to capitalize on your virality, you need to have the next step prepared for launch well before your campaign has peaked.

For Dollar Shave Club, this was a solid email strategy. Like its video, the company’s emails are simple, witty and effectively communicate the brand’s messages. 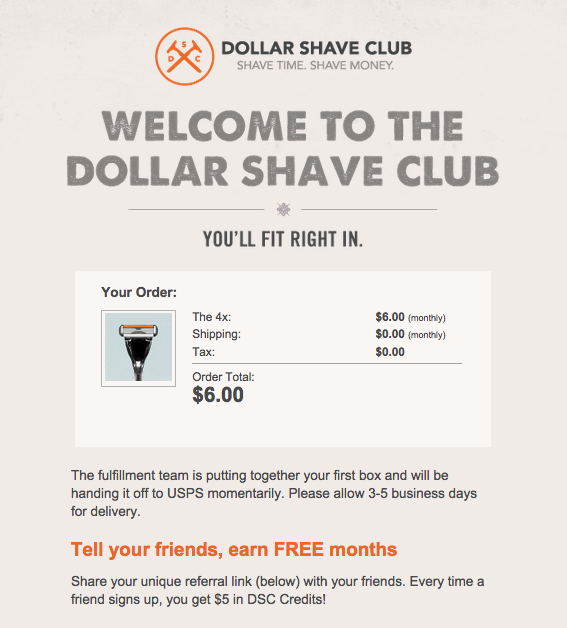 If, like Dollar Shave Club, your campaign is designed to increase email subscribers, you’d better have an arsenal of beautifully composed emails ready to fire away. Triggered emails generate three times the conversion rate of non-action-based emails. In other words, the best time to engage with your prospects is immediately after they’ve engaged with you.

Don’t assume your followers will do all your work for you. While your content may be making waves through the social sphere with little to no action on your end, not capitalizing on the conversations going on about your brand is a wasted opportunity.

Dollar Shave Club knew its video was pure gold, so it shamelessly shared it across social media channels multiple times. However, the staff also tactfully avoided bombarding their consumers by sharing the video only when there was valid reason—such as when they expanded to the Australian market.

Sure, your campaign had customers swooning, but don’t beat a dead horse. Once your viral content has become tired and overplayed, your prospects will be looking for your next big piece. Don’t keep them waiting! Take time to review your success and get to the heart of the matter. Ask yourself the following questions:

Then, use your newly collected information as a roadmap to your next campaign. Now that you know what works for your audience, do your best to replicate the success through similar (but not identical) campaigns.

Keying off their original viral campaign, Dollar Shave Club has released multiple new videos including this Father’s Day campaign and these Fall 2014 TV ads—all using the same entertaining and slightly off-color sense of humor that resounded with their audience so well the first time.

In other words, the best way to continue the momentum of your viral campaign is to plan your strategy well before your content reaches your audience, and learn from your triumphs. While we can’t promise a $60 million dollar sales year, using these practices can help you get the most out of your viral campaign and better prepare your next marketing endeavor.

Ready to start working toward your landmark viral campaign? Check out our free guide How to Make the Perfect Inbound Marketing Campaign.

Carrie is a seasoned content strategist who worked as a department editor and music journalist before making her foray into inbound marketing as a content analyst. Carrie works hard at crafting the perfect content strategy for clients and using her hard-hitting journalism skills to tell your brand’s unique story.
MORE FROM THIS AUTHOR >