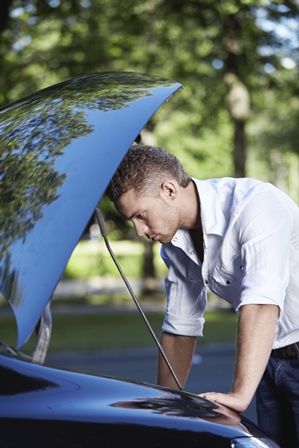 When you drive a car that’s almost 10 years old and is approaching the 150,000-mile mark, you’re constantly watching for signs of poor performance. You don’t wonder if something will go wrong — you know it’s just a matter of when and how much it will cost to fix. My car has failed on several occasions, but usually not without warning. There’s a glaring “check engine” light, a shaking steering column, a loud clunking sound (or, with my luck, all three.)

A marketing strategy that fails to accelerate might not be as obvious to spot, but there are signs when things aren’t running smoothly. Here are four key indicators yours needs an overhaul.

You don’t have a steady stream of solid leads.

If you’re still relying on cold calls to get customers, you’re probably doing a lot of work that has a low return rate. An inbound strategy of attracting customers who already demonstrate interest by subscribing to your posts and downloading your resources has a proven success rate with a better return on your investment.

The statistics speak for themselves: B2B companies with blogs generate an average of 67 percent more leads each month compared to companies that don’t, according to Social Media B2B. Inbound marketing is less expensive, too, costing more than 60 percent less than the average cost for outbound marketing.  Don’t believe me? Read about these six brands that used content marketing to generate more leads. One corporate training company, InsideOut, generated nearly 400 percent more leads when it switched from a primarily outbound strategy to an inbound one in 2012. More importantly, the leads were reliable. The company experienced a 20 percent higher click-through rate for its emails and an 87 percent lower opt-out rate.

Your emails aren’t getting responses anymore, much less converting to sales.

Have you started to feel like your marketing messages are headed into the great wide open each time you hit “send”? That destination might be OK in a Tom Petty song, but it’s a dead end on the road to successful marketing. A lack of response is usually a symptom of a larger problem. You need to run some diagnostics to find it.

Start by taking a close look at your email database. Some marketers collect email addresses the way hoarders collect antiques. They don’t take the time to separate the junk from the treasures, so their belongings become a burden that bogs them down. If you’re always adding customer emails but never removing any, there’s a good chance a significant portion of them are useless. About 30 percent of people change their email addresses every year, so almost a third of your list is probably wrong right there. That’s not counting misspellings or typos from data that’s entered incorrectly. Email validation can help you verify the information you have so you can clean up your list.

A reputable email validation provider will also help you identify spam traps and subscribers likely to lodge complaints that can hurt your reputation. HubSpot creates forms that validate email addresses as they’re entered so you’re less likely to run into problems.

Once you’ve removed the dead ends, think about what you’re sending. Are you blasting out the same information to everyone, or have you developed segmented lists to send targeted messages based on demographics and interests? This is where it helps to collect as much information as you can. If you’re not getting what you need to better understand your customers, consider using email intelligence or revising your subscription forms. Be sure you’re inviting people to opt in and giving them the option to opt out. This makes some marketers nervous, but it’s better to have fewer prospects with real potential.

When you send relevant messages to people who actually want to receive them, you’re bound to see better results.

Your subscribers and followers have dropped off.

Let’s say you know you’re reaching the right people, but your email subscribers are dumping you, and your social media following has hit a plateau. What’s going on? It’s time to think about what’s driving your content. Are you following a map, or just driving aimlessly? If there’s no clear path and your messages are all over the road, you might be sending the wrong signals to your followers.

One of the most common offenses is talking too much about yourself. If you’ve ever been stuck on a road trip with someone who used the opportunity to tell you about every wrong turn she’s taken in life, you know the feeling. After eight hours of this, you were probably ready to ditch your passenger at the next rest stop. Your followers are no different. You want to engage them in a meaningful two-way conversation. Your content should be about 90 percent educational and 10 percent promotional. Take the time to respond to and retweet your followers. 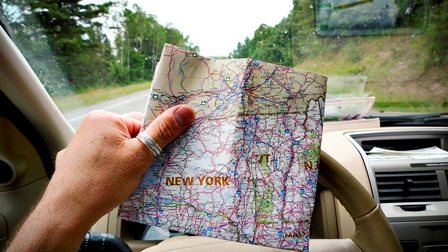 The conversation will flow if you’re not trying to force it. You certainly don’t need a script, but you should be following a content map to stay on track. That map should be based on what you know about your buyers.

As you re-work your content strategy, make sure you’ve answered the following:


If you’re not sure how to start, check out Kuno Creative’s guide to starting a content strategy.

Your competition is doing it better.

It’s tough to admit when you’re not the best, but you’ll only become better by taking an honest look at how you stack up against others. Start by studying up on your competitors. Subscribe to their emails and follow them on social media if you don’t already.

As you research, consider the following:

Learn from your competitors, and you’ll start to see them as resources, rather than threats. Pay attention to what you see and the feedback you hear as your marketing strategy moves forward.  Be willing to make minor fixes as you go, and you’ll be less likely to need a major overhaul later.

What are some other signs it’s time for a change in strategy? Tell us in the comments below.