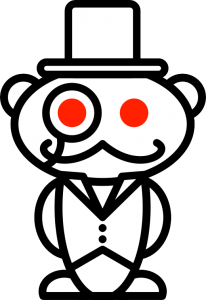 Few websites are as famous for virality, resourcefulness and community more so than Reddit. Since its launch in 2005, it has grown into a global, real-time media outlet, chronicling the highs and lows of Internet culture. In this blog, I’ll explore how visitors, users and marketers interact with Reddit, while highlighting the data and social forces behind those interactions.

Dubbed “the frontpage of the Internet,” Reddit.com can be described as a social network centered around aggregated, user-submitted content. Topics and areas of interest are segmented through verticals called subreddits, where registered users, known as redditors, can surf, and contribute to forums ranging from thousands of topics. Subreddits can be organized through filters (hot, new, rising). Reddit’s threaded commenting system—based on up-votes and down-votes—acts as a self-serving moderator, prioritizing popular comments and content to the top of the thread. The construction of ranked content found within a specific subreddit makes Reddit a fertile marketing environment for mining trending news and tapping relevant audiences.

However, user demographics and community bias plays an important role in what we see on the frontpage.

Reddit can be great source for fresh social media content, and it often is. Breaking news, trending memes and intriguing subjects frequently get launched to virality shortly after they gain momentum through Reddit. This makes it an ideal environment for journalists, social media marketers or any type of digital publisher to find relevant story ideas or content inspiration. 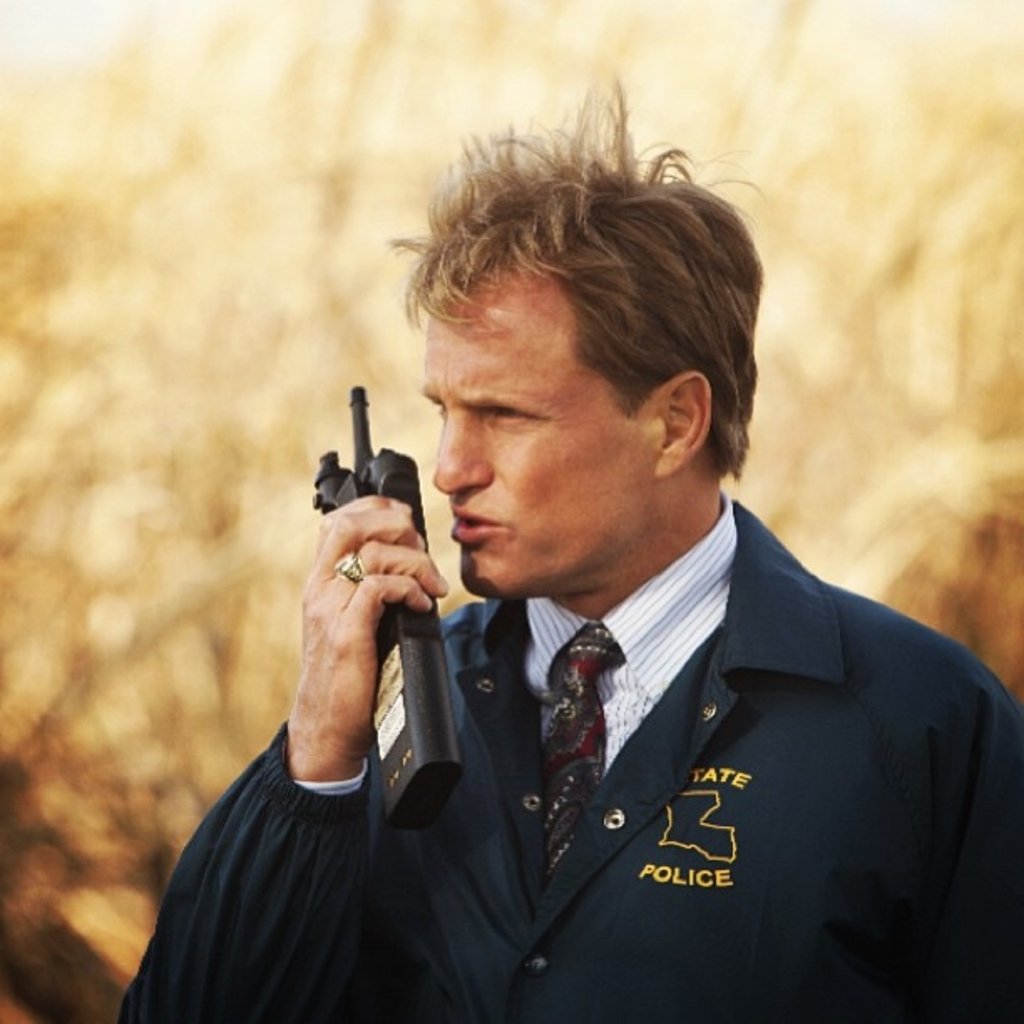 AMA
One of Reddit’s most popular subreddits is /r/IAMA (Ask Me Anything). Here, individual users can open a Q&A thread, or AMA, with the Reddit community at large. AMAs often feature famous cultural icons, public figures or unique professionals. Notable AMA’s include: President Barack Obama, Bill Gates and Snoop Lion. AMAs not only give the community a threaded discussion with a person of interest, but also provide the AMA host an opportunity to promote a cause or product to millions of potential visitors. For example, notice how Jeff Goldblum and Will Ferrell answer personal questions while at the same time promote their movie and charity, respectively.

Indeed, AMAs are a powerful tool to reach a community, but don’t slip up like Woody Harrelson's people. Two years ago, the marketing/ PR department of his then latest movie, Rampart, decided to fabricate an AMA to promote the movie’s release on Reddit, yet Harrelson wasn’t involved. Redditors were not pleased. The thread speaks for itself.

Advertising
There are many business, nonprofits and organizations that use Reddit to advertise an event or product. Like several other social networks, Reddit advertises sponsored content and links at the top of targeted subreddits. According to Gabriel Weinburg, CEO of search engine Duck Duck Go, successful Reddit advertising can be highly rewarding.

As Reddit continues to grow, the marketing efforts found among popular threads will build, taking advantage of niches with a large community behind it. An article in the Pacific Standard spotlights the pros and cons of native advertising, or pseudo advertising without explicit marketing disclosure, within Reddit. Here’s an example of marketing content with a negative thread reception by Pepsi.

However, the combination of comment-voting psychology and user demographics ultimately influence what content we see in any given subreddit. 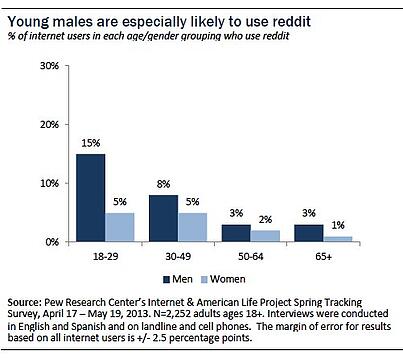 In a nationally representative survey conducted by the Pew Research Internet Project, researchers found 6 percent of online adults are reddit users. Of that 6 percent, men between the ages of 18-29 made up 15 percent of the user population, triple the amount of women in the same age bracket. Overall, men were twice as likely to use Reddit than women.

Additionally, an emerging rule of thumb known as the “1% Rule” contends that only 1 percent of users of a website create new content, while 9 percent edit or “engage” with content and the remaining 90 percent simply consume it (a 90-9-1 ratio). This rule applies especially to collaborative, aggregative websites, like Reddit and Wiki, which depend on user-generated content.

When considering Reddit’s gender demographic and the 1% rule, we can infer that what we consume on Reddit (discussions, posts and questions) is likely submitted by a proportionately small group of users whose content is skewed toward young adult males.

That’s not all. An article published by Popular Mechanics reports on a study that Reddit groupthink, or hivemind, determines content up-vote velocity:

“Groupthink plays a surprisingly large role in how online communities like Reddit make quality judgments. For some users, seeing a single extra upvote very early in a comment's life could change their mind about how they felt about a comment, regardless of what the comment actually said.”

This study suggests a certain percentage of the Redditors who choose to interact with a thread determine what comments are valuable based on factors irrelevant to the content, a risk commonly associated with websites that offer anonymous voting aggregation. Further, the article addresses astroturfing, a marketing tactic where companies take advantage of anonymity and dependence on aggregation to produce false social momentum (similar to fake product reviews on Amazon).

One feature Reddit offers to discourage trolling and to verify the authenticity of its contributors is reddit karma, rewarded to users who post links that are helpful and upvoted by the community. You can read about the dangers of online anonymity and trolling here. Additionally, Reddit’s premium member program, reddit gold, allows users a set of extra features to curate their experience.

Reddit is a powerful web tool where millions of people go to discover the secret corners of the Internet. Content producers, creatives and the naturally curious are encouraged to leverage the social network to find the latest inspiration and information. However, it would be wise to consider all the factors that affect content, and the discussion attached to it, found on Reddit.

What are your thoughts on Reddit? Are you an active user or simply a visitor?