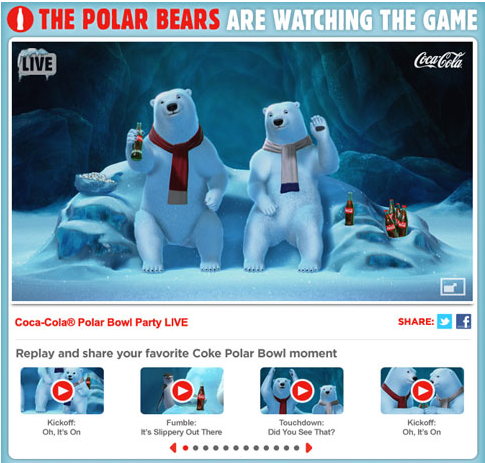 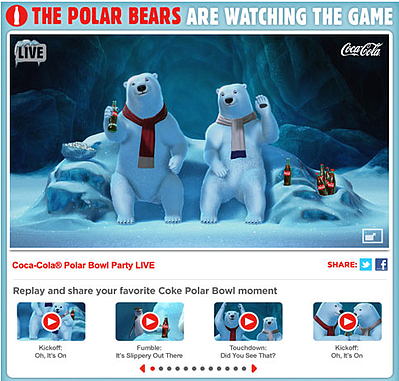 Content marketers across the globe are jealous of the content Coca-Cola has been producing, as well as the company’s content budget, reach and all-around awesomeness. Well, get ready for your envy to swell, because Coke took its Content 2020 strategy global. If you weren't lucky enough to jet from country to country, don’t fret; we are reviewing some of the coolest elements of the content giant here.

First we visit Australia where Coke took the idea of content personalization to a whole new level. The beverage company spent $5 million encouraging Australians to “Share a Coke with a Mate.”

These Cokes were no ordinary cans; each was branded with one of Australia’s 150 most popular names. Those down under could share a soda with a Kate or Jess or Kevin or even Santa. If your name wasn’t on one of the new cans, all you had to do was stop by a participating shopping center to personalize your very own can. From the side of a can to the side of a building, Coke took things to the next level by displaying consumers’ names across Sydney’s Kings Cross outdoor advertising sign.

Why did Coke go to such lengths in Australia? Earlier, the brand had discovered that about half of Australian teenagers had never even tasted a Coke. By bringing the brand to them in a personal, name-worthy way, that all changed. Not only did teenagers taste Coke and share it with their mates, they personalized their own bottles!

Polar Bears React to US Super Bowl in Real Time

The Coca-Cola Polar Bears are an iconic part of Super Bowl advertising history. But they are admittedly a little dated. The brand knew they needed updating, but how? For the first time in 2012, the polar bears became integrated with not only football, but the plays and the other ads, too.

By integrating the polar bears into the game, Coke successfully integrated itself into fans’ Super Bowl experience. First was a 30-second introduction commercial, but the second commercial came from a game-time decision based on how the game was unfolding. Viewers could also check out a live stream via CokePolarBowl.com where the polar bears hung out on their “snowfa” watching the game, each rooting for the opposite team. The bears reacted to plays during the game, commercials and even competitor commercials (we caught them snoozing during those!).

The campaign also included social accounts where “the polar bears” wrote notes to fans. While Coke didn’t expect viewers to stare at their computers the whole night, at Content Marketing World, Jonathan Mildenhall revealed that viewers stayed tuned to the bears for about 28 minutes on average. That is a long commercial!

India and Pakistan have long been enemies. But in March 2013, Coca-Cola set out to bring them together, at least for a day. A “Small World Machine” was placed in both countries intact with a live communications portal, which showed that “what unites us is stronger than what sets us apart.” The machines encouraged citizens of both countries to engage by completing tasks, such as touching hands and drawing peace, love and happiness symbols together.

Coke used a 3D touchscreen to project a streaming video feed onto the vending machine screen while also filming through the unit to capture a live emotional exchange. Through these machines, the Coke brand invited strangers to set aside their differences and enjoy the things in life that can make anyone, anywhere happy—and that just happens to include a cold Coke beverage.

This particular project went far beyond marketing, and the video produced from the 10-hour shoot resonates far beyond the two countries involved.

How can you replicate this creativity?

Chances are your marketing department does not have the budget, reach or time to execute a plan like Coca-Cola’s Content 2020. But that doesn’t mean you can’t be inspired. Consider personalizing your content, thinking outside the box or making a difference in your corner of the world. Then let us know how it goes in the comments below!