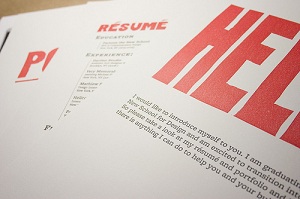 The survey results show the majority of small creative companies that employ 25 or fewer people expect to keep the same number of employees in 2013 as they did in the previous year, and 41 percent of companies are expecting to ramp up hiring to meet increased revenue projections. Only 6 percent of companies surveyed said they planned to decrease staff in the next 12 months.

FunctionFox designed the study, dubbed the “Creative Outlook Survey,” to take the pulse of the creative industry and determine what staffing changes, revenue expectations, challenges and opportunities are in store. FunctionFox deployed the four-question survey October 18, 2012 and invited creative professionals to participate in the survey November 2012 via email. Some 189 respondents completed the survey before its closing date of December 31, 2012.

Other survey findings include:

What This Means for Your Agency

As John pointed out yesterday, most of us would probably deny we have much psychic power, but I’m confident Kuno Creative will embody the outcome predicted of creative agencies like ours: growth. Why? We’re located in the Northeast (where 51 percent of respondents plan to increase staff), and we have 10-24 employees (half of survey respondents plan to increase staff). There’s also the fact that we welcomed a new employee the first week of January and are touting four available positions.

If your creative agency is also anticipating growth in the New Year, here are a few questions you should ask before inviting candidates to interview:

Is your small creative agency planning to increase staff? What are your thoughts on the Creative Outlook Survey findings?