Remember when Yahoo was still a big deal and websites were constructed using tables? Yeah, that was a long time ago, but some of us predate the dinosaur. I thought it might be fun to share some of the technology milestones I have witnessed in my all-too-short career. Some of you will remember the good-old-days before the Internet and the iPad, but most of you will have to check with your Mom and Dad to make sure I'm not spinning yarns about things that never were.

Back in the 1960s I was a carefree [not!], long-haired teenager who cared pretty much exclusively about girls, the Beatles and football. We watched Laugh-In and the Monkeys on TV and were spell-bound by rocket launches and the awful reports from Vietnam. My Dad was seriously thinking about buying and installing a bomb shelter in the back yard, after all, we were one itchy finger away from all-out nuclear war with the Soviet Union back then. There was no digital—everything was analog. If you don't know what that means, here's a link. 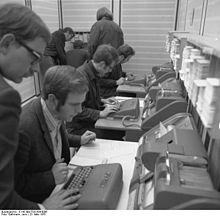 Things really started to get interesting in the '70s. I was in high school, then college. I was still blissfully ignorant about computers, as were most people, until my brother did something remarkable—he built one. Early geek that he was, my brother ordered a Heathkit H8, one of the first do-it-yourself microcomputers on the market, and assembled it himself. We're talking 4K RAM, tape drive for storage and digital read-out (no screen). What could you do with it? Not a whole heck of a lot. Later in the decade, I had my first computer classes, FORTAN IV, then FORTRAN 77. To this day, I still think in "if-then" statements and "do-loops." Programming was done with punch cards, particularly nasty buggers that required one card per line of code and that jammed frequently. Debugging a program was a nightmare. You had to read the compiler statement, sort through your card deck, retype the card, and try again. It usually took at least 30 minutes to compile and run your "job" again, so programming took countless hours. 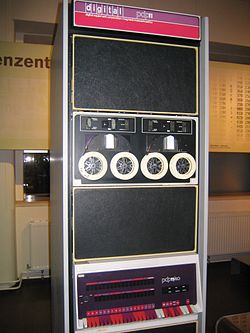 You think things are changing now? Back in the '80s we saw nothing short of a revolution—the digital revolution. In the early '80s, I was in Grad School and did my Master's thesis work using a Dec PDP-11, one of the first 16 bit minicomputers. Programming was still done with punch cards and we used paper tape to feed data into the computer. Paper tape was the precursor to magnetic tape for data storage and it had the charming habit of jamming or getting cut frequently. Yep, back to the drawing board each time.

My first real job was at Shell Oil in Houston. I remember on my first day I was taken on a tour of the company's Univac supercomputer capable of 120 million floating-point operations per second (MFLOPS) and used for seismic processing. A few years later the company was using one of the first nCube massively parallel supercomputers. Those were heady days at the forefront of the kind of speed and power we take for granted in our smartphones today. I was one of the first in the company to have an IBM personal computer, a singularly ugly box that did some really cool things like send messages to your co-workers on a network and build spreadsheets using an app called Lotus 1-2-3. I also had a Visicalc spreadsheet/calculator that took the place of my ultra-cool HP pocket calculator because it could create charts and graphs. 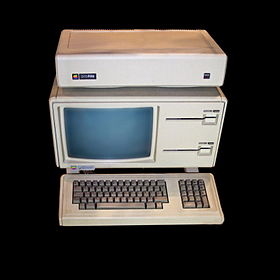 As usual, my brother was all over this stuff. In the early '80s, he bought one of the original Apple Lisa personal computers, the first of its kind to have a graphical user interface, dual "floppy" drives for input and output and a remarkable invention called a "mouse." The mouse took off like wildfire, and before I could blink, there was a PC with a mouse not only in a every office, but also at home. Back then you carried your work around with you on floppies, and yes, there were huge security problems for companies in the advent of the digital era.

At the end of the decade, I got my first cell phone, a Motorola "Flip Phone." It was a phone that you could carry with you—no Internet or texting or games, just a phone. But what a remarkable revolution, to be able to communicate with anyone, anywhere (more or less). Life was changing fast, speeding up and becoming more flexible seemingly every minute.

Take what you think about Apple now and apply it to Microsoft in the '90s. Windows and PC's were becoming ubiquitous, and the first portable PC's, the laptops, became the hottest new technology in the '90s. You also had the emergence of PC-based video games and email replacing the telephone in communication prominence. I was at mid-stride in my career and master of my domain with a desktop, laptop, cell phone and lots of other gadgets, like pagers and mini-TV's. 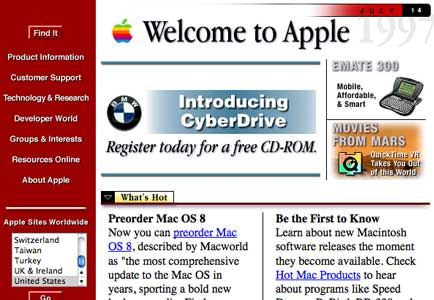 One day in the mid-'90s my boss came into my office and showed me a print-out of a rather unremarkable looking screen with some company's logo and a couple of press release titles in blue text with underlining. A New York investment banker had sent that to him and said that it was something called a "website" on the "Internet," and that we should build one. "I want you to build us one of these," he said, "only make it prettier." That was the beginning of my romance with HTML. There was no CSS, so we used tables and fonts and images and did the best we could.

In the late '90s, the first Internet bubble grew, then burst. I road this wave by starting my own web development company and helping people build the next sure-fire Internet sensation. Lots of industry forums and early shopping carts as I recollect. Everyone would want to join your website for a monthly fee, and this was how we would all make money. It was the most amazing thing since the Klondike Gold Rush in the 1890s. There were huge successes like Amazon and eBay, but most wannabe's failed. It turned out, nobody wanted to pay for the privilege of checking out your website.

The Dotcom Bubble set the stage for where we are today. The Internet didn't go away, just the idea of renting it. I joined Kuno in the early 2000s, and we worked hard to integrate websites and traditional marketing campaigns with consistent branding and messaging. This was a natural transition for me because I had always distrusted the commercialism and hype of the previous decade. What made sense to me was that the Internet was a tremendous resource for communication and sharing, for free ideas and democracy. Everybody needed a Web presence, but not an ugly advertisement for something no one wants.

That's what we have evolved to, and inbound marketing is a natural outgrowth of this philosophy. Mass marketing and paid access have given way to social networks and earned media. Technology has rendered all kinds of boundaries and limits obsolete. Modern marketing embraces these changes but does not exploit them. I'm happy to say I was a witness to much of this change over the past 40+ years, and in my own small way I hope I have helped to steer the course in the right direction.


Learn How to Deliver the Right Content to the Right People at the Right Time.