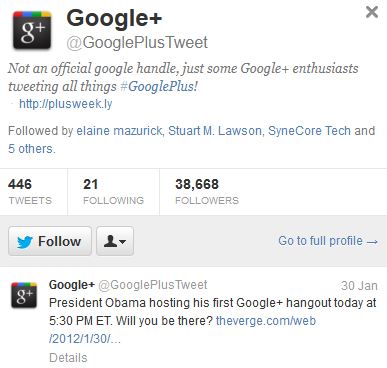 Is Google Plus a Giant Flop or an Opportunity?

I'll admit, I don't use Google+ much at all. To me, it's the equivalent of having another email inbox to deal with, another social network that you must update daily or die. Many people agree with me, but many think I'm missing the boat entirely. TechRepublic did a poll recently, and 55% said that G+ is "doomed to imminent failure" while 45% disagreed. There are some heavy hitters out there like Robert Scoble and Chris Brogan who think the Google social network is the bees knees. So what's a neophyte to do—jump on the bandwagon or politely decline? Since it's another election year, let's take a fair and balanced look at the issues (NOT!).

Google+ is the Best Thing Since Sliced Bread

Since I'm obviously a complete newb when it comes to Google+, I'll paraphrase why Chris Brogan loves it:

Here's what Robert Scoble said on Quora, "Every 15 seconds a new post shows up on my Google+ from the people I've circled. In about six months I've gotten 200,000+ followers. It took me five years to get there on Twitter and on Facebook I only have 80,000+ followers. No one has gotten that many followers on Quora. So, is Quora a failure?"

Google+ is Gathering Dust in My Bookmarks Toolbar

I'll take this one because I'm familiar with it. I think Mr. Brogan makes some very good points that every marketer should pay attention to. Here's my rationale for ignoring Google+:

Granted, these are personal reasons and not exactly backed by academic research. I guess I just really need someone to convince me that I should invest the time to learn how to leverage Google+, then commit to using it every day to get the most ROI for my time. I've seen the blogs and videos, but I'm still unconvinced. Right now, the world seems pretty divided on this question, with the majority leaning my way.

What do you think? Should we give the mighty Google experiment a chance, or move on?