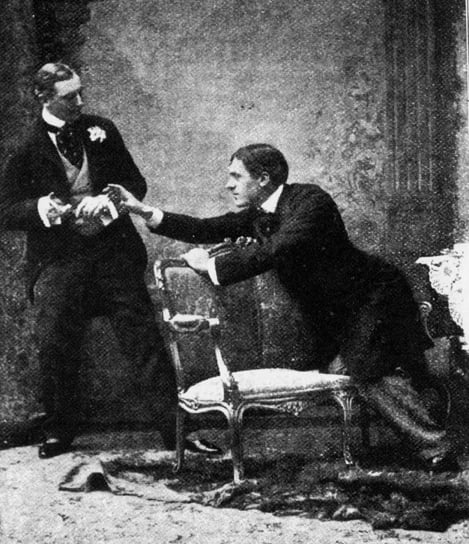 The Importance of Being Earnest in Inbound Marketing

I don't know what grade school teachers have their students download to their iPads these days, but I suspect that many of the Classics are missing. When I was a kid, we reached back to days gone by to learn from the greats, such as Oscar Wilde. Wilde wrote The Importance of Being Earnest, back in the late 1800s, and his play is still performed on stages today. What rings true even now is the central theme of this farcical comedy, that people who pretend to be someone or something that they are not are likely to run amok, or in today's parlance "get slammed." It's not much of a stretch to apply the lessons of Wilde's play in today's social media and inbound marketing strategy.

Is Your 'Persona' Aligned With Real People?

Back in the day, in the late 19th Century that is, people were obsessed with self image and all of its flaws, the equivalent of what we now call "sex, lies and videotape." The protagonist of Wilde's satire, Algernon Moncrieff (gotta love that name), and his best friend Ernest (a.k.a 'Jack,' hence the play on words with the play's title) go through a complex series of deceptions to woo the beautiful Cecily, and then there's Gwendolen... You get the idea—it gets real ugly, real fast. So, what does this have to do with marketing?

Well, you've heard about 'transparency,' right? It's not just corporate mumbo-jumbo anymore. Your customers and potential customers these days actually expect you to be 100% clear and honest about who you are and what you sell. They have all of the tools they need to fact-check what you say online and offline—and, most importantly, they are all too happy to share their opinions in their favorite social networks and review sites. If what you say via your online persona doesn't match what's really going on, you are going to be in a world of hurt worse than Algernon or Jack ever dreamed.

Stop Thinking About the End Result

Oscar Wilde's leading males had one important thing in common: All they cared about was getting the girl (personal note: been there, done that). As the late Al Davis once said, "Just Win, Baby!" So, they lied, cheated and stole their way into the hearts of their favorite ingénue (or so they thought). Did they win? What do you think? They got slammed. Again, what does this have to do with inbound marketing? Ah yes. Let's circle back (I hate that phrase) to the original intent and paraphrased definition of inbound marketing—to build relationships based on trust and consistently helpful content and engagement.

What are some things that DON'T BELONG?

So you see, we're not so far removed from the 19th Century and the plays that made Oscar Wilde both loved and hated by the masses. I like to think that I think about these things at least in part because I was forced to read the Classics when I was a pup. Now I'm glad I did—thank you Mrs. Dawson!