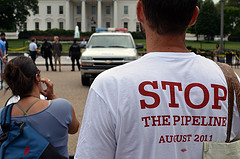 Can Social Media Save the World?

In an era of transparency, events that may have been easy to downplay in the past are now plastered across social media and so many other channels that they’d be hard to ignore even if you tried. Lucky for the future of our planet, environmentalists are leveraging these channels in their attempts to protect the earth. The environmental community has historically tried to reach the indifferent with documentaries, books, pamphlets and other forms of traditional media. In a world where we see more of our computer screens than inhaling fresh air, they have begun to embrace the enemy (in this case technology) and taken to social media to make their case – and it’s working.

From global warming and oil spills to deforested countries and extinction, hardly a month goes by when we aren’t hearing about a new but terrible environmental crisis. Take the recent Keystone XL Pipeline controversy. This proposal would build a 1,700 mile pipeline from Alberta, Canada, to transport crude oil to refineries in Texas. Last month, President Obama delayed this project until 2013, but the Senate is attempting to attach the proposal to another bill in hopes of speeding it through Congress, causing an uproar in the environmental community.

United in the same goal, the outpouring surrounding the Keystone pipeline reinforces the power social media offers people to accomplish a significant, tangible goal. According to a recent case study by Media Badger, the support shown on social media was immediate, overwhelming and effective.

Last week, more than 30 organizations made an online plea on February 13 to stop the advancement of the proposal through Senate. News spread through social media channels and more than 500,000 signatures were collected in a mere six hours. Less than 24 hours later, there were more than 800,000 signatures on various online petitions, enough to send to the Senate on February 15, as reported by 350.org.

“The issue of the Keystone XL project may have been one of the most significant uses of citizen action in social media to date between the USA and Canada," according to Media Badger.

The Keystone XL Pipeline controversy’s success with social media should inspire grass root movements across the country. Long gone are the days where these channels are used just for entertainment purposes among teens and young adults. Social media is having a growing impact on our world that goes beyond business; it is creating something special organizations and individuals have not had before. It offers a platform to take action, to reach tangible goals, educate the public and make personal connections with people. And of course, save our planet. 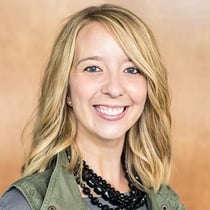 Katherine Smith is a veteran Quality Control Manager at Kuno Creative, where she works closely with even the smallest details to ensure client success. She enjoys photography, vegetarian cooking and watching Cleveland sports. You can catch up with Katherine on LinkedIn and Twitter.
MORE FROM THIS AUTHOR >