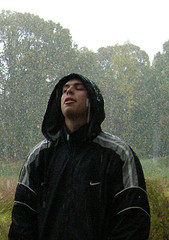 No, it's not a typo in the title. While most marketers are busy transforming themselves into digital natives, Chief Marketing Officers are dragging their feet. According to Marketing Daily, a recent IBM survey of 1700 CMOs around the world showed some surprising results. We might assume that those people responsible for steering the marketing ship would also be first adopters and change advocates. Quite the contrary.

According to the IBM Survey:

It would be interesting to break these results down by company size and market sector, but the overall trends belie the myth that CMOs are marketing leaders in this fast-paced new world.

Why are CMOs So Reluctant to Get on the Inbound Marketing Bus?

Inbound marketing represents a sea-change in many ways for a traditional marketing department or marketing agency. The old reliable (and relative expensive) outbound methodologies are proving themselves to be dead-ends, resulting in catastrophic failures to produce new revenues and market share. In bigger, less agile companies this results in weeks, if not months, of internal review and hand wringing. Following that is another prolonged period of finger pointing and reorganization. Meanwhile competitors who have opened their eyes to the new marketing realities are running away with all of the loot.

Many CMO's are stuck between a rock (CEO & Board) and a hard place (consumers). They are succumbing to paralysis rather than embracing change. The new reality is that they must discard the old memes and get on the fast track to inbound marketing ROI. They must prove themselves to be enablers of sales revenues rather than ivory towers of old-school advertising and PR. We'll see how they do in the near future, but I suspect a new crop of digital natives is on the way to replace them sooner rather than later.