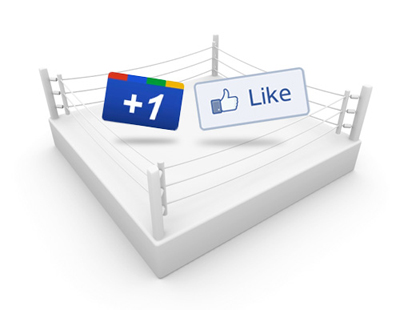 A funny thing happened on my way to a recent Google search. While logged into Gmail, I performed a search for Inbound Marketing Agency, and saw the +1 icon appear next to every individual search result. And just like that - a website receiving over a billion page views per month was able to incorporate "social" into search.

On Tuesday, Google announced its first robust foray (read: Buzz fizzled) into social media with Google+ - an ambitious effort to allow people, rather than algorithms, to organize and curate information on the web.

There are a number of reasons, both in philosophy and product features, that could position Google+ to truly become a Facebook killer:

Whether or not Google will be able to topple Facebook remains to be seen. Will users deeply invested with friends and photos in Facebook see the value of switching to Google? Could Facebook end up as the new MySpace? Or will a smaller, more nimble Facebook organization quickly add segmentation features while a growing Google becomes weighed down by antitrust inquiries?