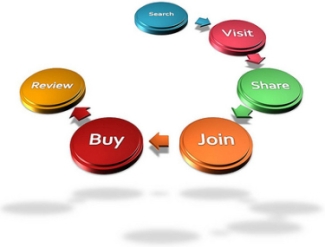 Why a Seven Fold Increase?

After nearly six months of tracking multiple integrated inbound marketing campaigns the data is clear.  Increasing blog post deployments from two per week to five per week and growing the advanced content assets available for download from 3 pieces to 20 pieces have resulted in a seven fold increase in actionable leads (30 leads/month to over 200 leads/month). 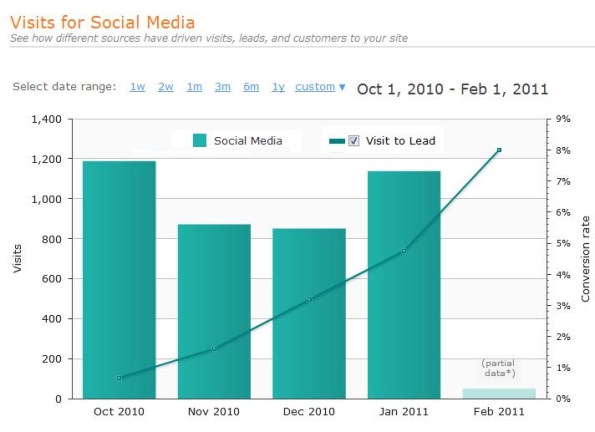 Since social media was the distribution channel for this content it is possible that the increase in actionable leads was due to an increase in social media activity and social media driven visits.  However, the above chart actually shows a decline in the number of social media visits from the beginning of the campaign.  In contrast, the conversion rate of these visitors shows an increase of 1600%.

There are other metrics that have increased in the campaign other than social media conversion rates and leads, such as organic search, referral traffic, email open rates, etc.  The reason content marketing is the cause of these huge growth rates is because its affect can be felt on all aspects of inbound marketing.  For example, the advanced content is the foundation of the quid pro quo lead generation transaction.  Leads could not be generated without advanced content.

Also, publishing a new blog post everyday helps a website’s SEO.  The website will be indexed more frequently by Google, each post represents a new opportunity to rank for new keywords, and the valuable fresh content is link bait to other bloggers.  The brand itself will become more recognizable throughout the campaign leading to greater email open rates and subscriptions.  The more blogs published means the likelihood of them being shared increases.  The above are just a few of the many benefits content marketing can provide a social media marketing campaign.  Don't do social media without it. . .

Join our guest Mike Smith, Chief Executive Officer for Alexis Exhibits, and the Kuno Creative Inbound Marketing team to learn how to use Social Media before, during and after your Trade Show.  We will be presenting tactics that will maximize your Trade Show return on investment using Social Media.