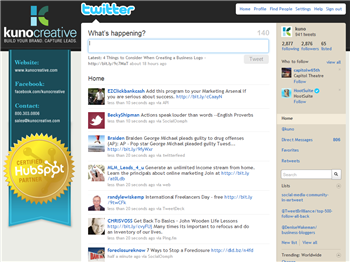 Tips for Turning Twitter into a Valuable B2C Marketing Tool

Many business owners undervalue Twitter as a useful marketing tool for building brands and connecting with consumers. Social overuse of Twitter to report the inane, decidedly ordinary events of daily life has given Twitter a bad rap as a business tool. When used judiciously, Twitter can be an effective tool for expanding your reach in social media, which is now considered a crucial part of any B2C marketing strategy.

In addition to product marketing, B2C marketers find that Twitter is useful for monitoring conversations about their products as well as communicating in a customer service role. Many companies are using Twitter as their primary customer support tool, which helps improve customer satisfaction and retention rates.

The immediacy of Twitter is what makes this inbound marketing application such a powerful business tool, but it is also one of the primary reasons that more business owners have not embraced Twitter. Belief that tweets can only be sent in real time makes Twitter seem too constrictive and time intensive. However, programs that allow you to pre-program tweets for future publication and the ability to text in tweets from your mobile phone have significantly increased the freedom and usability of this inbound marketing tool.

Here’s a rundown of some of the most useful Twitter aids for business users:

How are you using Twitter for B2C marketing, and what challenges are you facing in daily use?

We have some ideas for building your brand using Twitter and other social media tools.