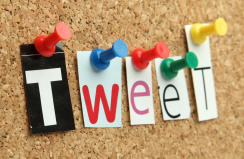 In case you missed it, there were several big developments this week in Twitter, Facebook and LinkedIn. Here's the scoop.

At the beginning of November, Twitter rolled out its Lists function that enables you to group your favorite Tweeters in one or more groups. You can group your Twitter friends by any topic that makes sense, label your List accordingly and decide whether or not to make your list publicly accessible. Visitors to your Twitter profile can see your public lists and follow their members with a single click. Again these functions are not yet available in the more popular Twitter clients, such as TweetDeck, Seesmic and Tweetie, but you can expect some movement in that direction soon.

Now you can place a Facebook Ad, advertise it to your company (fan page) fans and select an option that sends the ad to all of their Facebook friends. This expands your potential reach exponentially.

Twitter is in the process of building in its own retweet function to reduce tweet redundancy and confusion and make tweets more "attributable" to their originator and less so to the RT'ers. Some of you are seeing an advanced version for testing. It will be interesting to see how the user community "digests" this new feature.

What do you think about these social media changes? Are big players heading in the right direction?