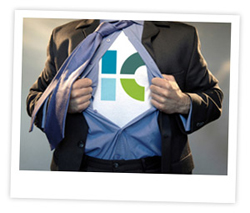 To Become a Marketing Designer Superhero, You Must "Know the Box"

What has always intrigued me about marketing and design is its ability and power to move and create emotion in the human mind. The most challenging part as a designer is the process through which we obtain our superhero power in order to make that next marketing campaign a success.

Here are four quick steps which can help designers break out of their set views in order to reach super powers when designing that next marketing campaign:

Step 1. Understanding the box
Although many people identify a 'eureka' moment when they make the conceptual breakthrough, it has to be based on solid groundwork and a detailed understanding of the ultimate goal of the marketing campaign. Luck helps but I like to live by the old saying of "the more you practice, the luckier you get."

Step 2. Knowing the box
How often have you been told to 'think outside the box?' I don't know about you but I find that very hard to do. It's as helpful as saying, 'now come up with a great idea.' So my approach involves 'Knowing the box.'

Identify all the constraints and limits you can. Within most marketing firms you will have a team of people to help you with this. Recognize those constraints and harness them for they will provide you with a healthy starting point on the initial design and feel for the branding of the campaign.

Step 3. Transforming the box
Look at all the constraints and pretend you could reverse or ignore them. Before you start to sketch out or get on the computer to design anything, conduct a quick brainstorming session with your marketing campaign team which follows these rules.

Rule 1: Criticism is ruled out.
This does not mean that criticism is banned altogether in the creative problem solving process. It simply means that criticism is suspended during the idea production stage of the process. Creative thinking simply cannot occur very effectively at the same time.

Rule 2: Freewheeling is welcomed.
The crazier the ideas the better. Off-beat, impractical, silly ideas may trigger a practical breakthrough idea that might not otherwise occur.

Rule 3: Quantity is wanted.
This rule is supported by data indicating that the greater the number of ideas produced, the greater the likelihood of useful, original ideas.

Rule 4: Combination and improvement are sought.
Hitchhike onto other ideas to turn them into better or different ideas. Two or more ideas can be combined into one great idea.

Step 4. Caution in evaluation
Once you have brainstormed these new ideas, do not evaluate them too early. Many people will be delighted to say 'It won’t work' or 'we tried that before.' The danger is that such negativity crushes the great idea that is emerging.

I believe in evaluation, especially at early stages in the design. But sometimes it helps to take the ‘crazy idea’ a bit further before exposing it to the harsh light of reality.

So there it is... follow these 4 steps and you will be well on your way to superhero designer stardom. Heck, you may make the front page of the newspaper or better yet, someone might even make a cake out of your super design. 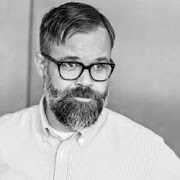 As VP of Creative, Daniel has firmly ingrained forward-thinking practices throughout Kuno's in-house design, video and UX departments for more than 15 years. Since joining Kuno Creative in 2003, he has successfully helped hundreds of companies evolve and grow their brand presence and experiences through design, copywriting and multiple marketing strategies.
MORE FROM THIS AUTHOR >