The clinical research process is long and complex, and the sales cycle for the vendors who support this research is no different.

IMARC is a full-service global clinical research organization that helps companies conduct well-controlled, compliant clinical trials and achieve approval with the U.S. Food and Drug Administration (FDA). The company has contributed to many advancements in life-saving medical devices by providing objective oversight of studies through monitoring, auditing, consulting, training and project management services.

The company’s leadership wanted to improve its business development efforts so it would have a more consistent pipeline of prospects and a shorter sales cycle. Using HubSpot’s software and a content marketing strategy led by the Kuno Creative team, IMARC has made measurable improvements in its sales process, which has contributed to significant business growth. Specifically, within the past year, IMARC has established itself as a global compliance leader, winning several bids against much larger companies. IMARC has a long relationship with Kuno Creative, dating back to its rebranding and development of a new website nearly a decade ago.

IMARC’s team members had extensive knowledge they were eager to share, but they were so busy in the field that they didn’t always have time to consistently publish whitepapers, blogs and other resources. They needed a marketing partner that understood the complexities of their industry and could guide them in content creation and distribution while allowing their team’s expertise to shine through — all while making the process as efficient as possible.

The company became known as a leading voice in the clinical research industry.

Once IMARC had established authority, the leadership team worked with Kuno to set more specific goals that aligned with its business development efforts.

In the past year, IMARC identified four key initiatives it wanted to promote that could help close more deals. The team enlisted the help of Kuno to develop a content marketing campaign that would support each of these initiatives. Kuno also worked closely with the IMARC team to develop the content.

For instance, one of the campaigns focused on promoting remote audits to review clinical research trial documents before these documents were submitted to the FDA. Conducting this type of audit in person can cost upward of $10,000 when you factor in the travel costs of sending several IMARC team members to the site to review documents. Doing this work remotely reduces these costs by as much as half.

To educate customers and prospects about the advantages and cost savings of an electronic trial master file audit, Kuno developed a campaign that included a video, infographic and checklist, as well as related blog posts and emails. Kuno optimized blog posts for search terms related to trial master file reviews, which brought new visitors to the IMARC website who were searching for best practices. More than 5,000 of IMARC’s existing contacts also interacted with these resources. One was a $50 million global neurovascular company that enlisted IMARC for several audits, including a trial master file audit. 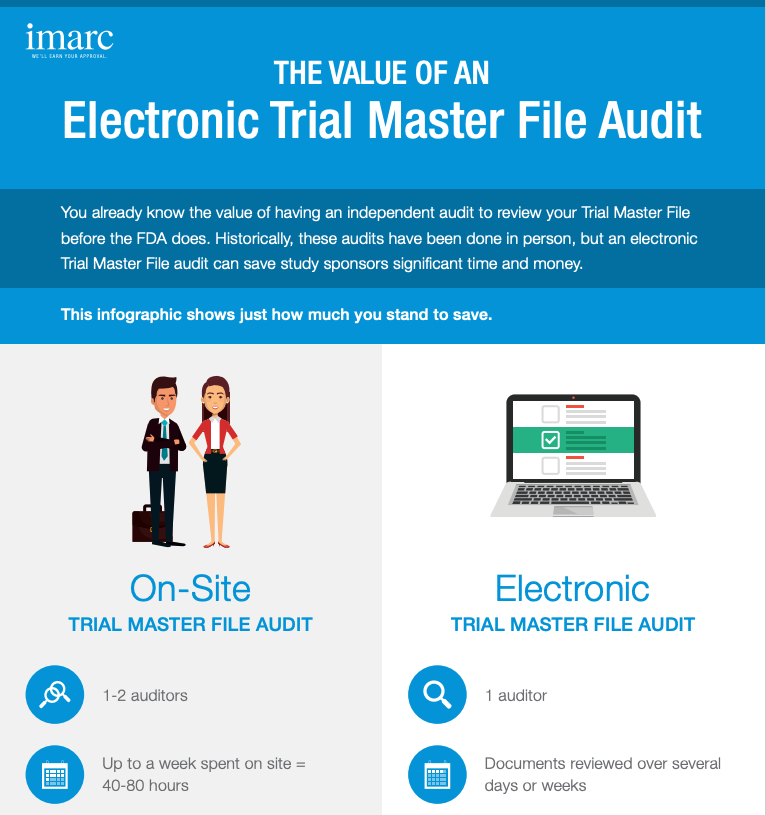 Prior to using HubSpot’s software, IMARC relied on Excel spreadsheets to manage its contacts and keep track of business deals. Needless to say, it was time-consuming, inefficient and offered little to no visibility across the company.

After moving its website to HubSpot and hosting its blog and resources there, business development manager John Lehmann began shifting more of his sales process there.

Using HubSpot’s CRM and lead scoring, he is able to quickly identify viable leads and start a conversation based on their engagement on the IMARC website. He can spend more time engaging with qualified leads and less time trying to qualify them himself from a long list.

“When I see someone has been all over our monitoring or auditing page, I immediately try to create an opportunity,” Lehmann said. “It has made my business development efforts much more focused.”

Lehmann uses HubSpot’s CRM to follow up with prospects and uses the Sales tool to keep track of deals. He shares the Deals pipeline with the executive team, which allows them to discuss wins and losses and forecast revenue.

IMARC also uses HubSpot’s integration with Panda Docs so the company can see when a prospect has looked at a proposal. This adds visibility to the process and makes it easier for the team to follow up.

HubSpot’s Reporting, Analytics and Campaign tools are also extremely valuable to both the IMARC and Kuno teams. These tools allow both teams to quantify the impact of each campaign and its related assets, including emails, blog posts and resources.

They can see how many current and new contacts have engaged with the content and learn more about contacts that take actions signaling interest, such as requesting more information about remote audits.

In the past 12 months, IMARC has experienced significant growth as a result of its marketing and business development efforts. IMARC launched five campaigns in the past year and measured the results in HubSpot’s campaign tool. 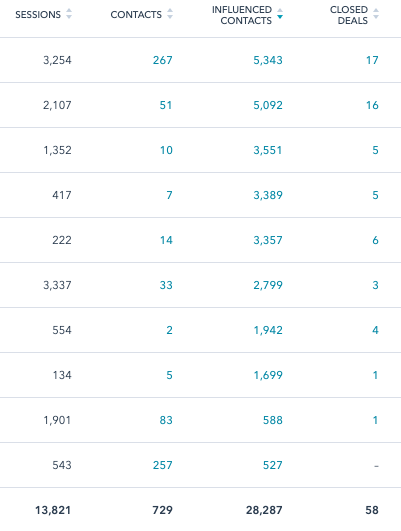 In total, these campaigns:

As a result of its ongoing business development and marketing efforts, IMARC achieved the highest revenue in its 19-year history. In that time, it has grown from a single consultant to a team of almost 60 employees. It has added a new office in Minneapolis — a hub for clinical research — and has expanded its reach to include global clients. Much of that growth has occurred within the past five years. IMARC’s director of business development said a majority of the company’s leads now come from its content marketing efforts. This has allowed him to shift his focus from prospecting to closing deals and building upon existing client relationships.

“(Kuno was) integral in helping us redefine our brand and has helped mentor us through the process of lead nurturing,” said IMARC President and CEO Sandra Maddock. “They work hand in hand with our business development team to maximize our marketing dollars and secure the best ROI. Their team really challenges us to be forward thinking and to keep our strategy fresh, relevant and meaningful.”

As IMARC Research expands its reach, the company continues to work closely with Kuno Creative to ensure its brand reflects that of a full-service, global compliance partner. It is now competing closely with much larger contract research organizations and winning deals with some of the largest medical device companies in the world.

Over the next year, Kuno will help the company update its website messaging and design. It will also develop more content that brings more prospects to the IMARC website, educates them on its expanding services and demonstrates its competitive advantages. With more medical advances and achievements being introduced than at any other time in history, there has never been a more exciting time to be involved in clinical research. IMARC is proud to support clinical researchers as they introduce medical devices that save lives and improve the quality of life, and Kuno is proud to support IMARC.