14 Reasons to Consider Influencer Marketing in 2019

You’ve probably heard a lot about influencer marketing. But you may still be wondering if it’s the right fit for your company or brand. There is a growing body of evidence that supports the move to influencers. For example, according to eMarketers’ survey, more than 80 percent of marketers who launched marketing campaigns involving influencers found them to be effective for driving both engagement and awareness.

Results like these are inspiring more companies to give influencer marketing a try—including B2B marketers. The same survey found that 84 percent of marketers said they would launch at least one influencer campaign within the next 12 months.

So, should your company join the growing crowd of marketers entering the influencer arena? This article gives you 14 reasons why you might want to consider adding influencers to your next campaign.

First, What Exactly is a Digital Influencer?

Influencers are people with large and engaged online followings on their blogs and social media platforms, and who have built up authority and influence with their target audiences. Each influencer has built his or her audience in a specific niche by publishing content that attracts and holds the attention of their followers.

Whether they’re a blogger, product reviewer, industry expert or a trusted source of information, influencers are power users of digital communications—and they can help other brands attract attention, acquire prospects and inspire buying decisions. What’s more, unlike celebrity endorsements of the past, influencers are more humanized, approachable and accessible to their followers.

If you’re trying to find an influencer in your industry, you’ll want people that fit in categories like these:


Does Influencer Marketing Work for B2B?


It’s obvious that influencers can impact the B2C world. But what about B2B? Consider these findings:

SAP, a software solutions provider, is the perfect example of a company that used B2B influencer marketing successfully, in this case, to promote its own Sapphire Conference. In video interviews, influencers shared valuable insights and information on relevant topics. The content was shared on the SAP blog. 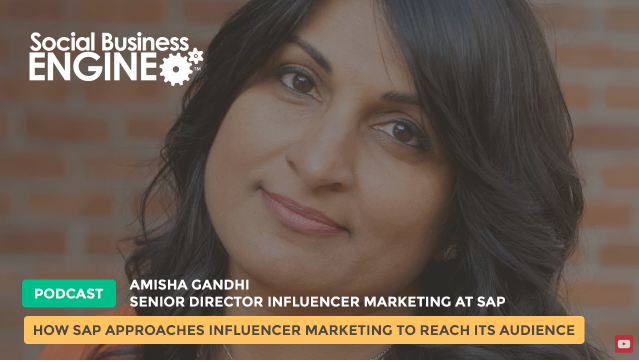 In a campaign for IBM Verse, a communication and collaboration platform, the company let its employees do the influencing by enabling them to promote their products on social media. The results included 50,000 new registrations to IBM Verse in the first two weeks of launch. 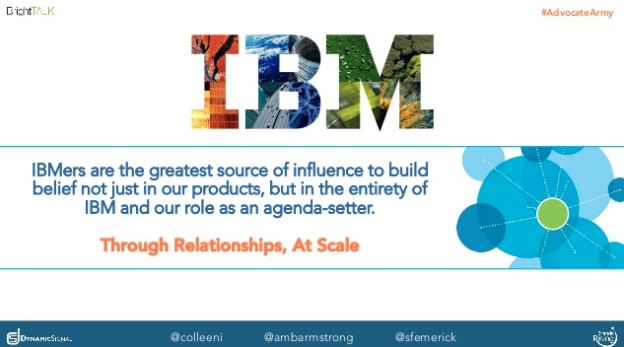 HubSpot has been leveraging influencer marketing for ages. The company has partnered with various influencers in sales and marketing niches, such as Ryan Philemon. The influencers contribute to HubSpot’s blog and talk about their experiences and expertise. Because they are experts in their fields, their content is valuable and insightful for readers.

14 Reasons to Consider Influencers in Your Next Campaign


Your competitors are already using influencers. As the research shows, an ever-growing number of businesses are using—and reaping the benefits of—working with influencers. Shouldn’t you get in the game, too?

Influencer content is viewed as authentic by consumers. Influencers’ content is highly personalized even when they’re promoting brands. As a result, recommendations and sponsored posts don’t appear too “salesy.”

Influencers are already trusted by your target audience. Today only 4 percent of consumers trust in marketing and advertising. On the other hand, as much as 90 percent of consumers value recommendations from people they know. Consumer trust is challenging for even the most popular companies to create and sustain. To maintain their position as influencers, requires them to have already jumped these hurdles—and to do everything in their power to maintain their coveted positions as trusted resources.

Influencers drive traffic to your blog and social platforms. Attracting new leads to your platforms is a never-ending challenge. And it’s exactly one of the key benefits of a successful influencer-supported marketing campaign. Influencers’ followers will check out any recommendations they make and connect with those brands, too.

Influencers are content creation machines. Influencers got to their positions by regularly publishing engaging content that people want to read and interact with. In a world dictated by how much high-quality content you can generate about your brand, influencers are a great asset for marketers, because they do some of the heavy lifting.

Influencers are expert digital communicators. They’ve built their empire by living and breathing through digital communications. As a result, they have a rare knack communicating a brand’s vision and message online in ways that will resonate with their followers, such as short videos, photos and short stories.

Influencers think outside the box. Novelty is one of the key characteristics of attracting the attention in today’s oversaturated marketplace. Influencers understand this and work every day to communicate in unique and creative ways with their audiences. When you engage with influencers, you’ll be poised to breakthrough the doldrums with some clever messaging.

Influencers distribute content. As every marketer knows, creating great content is just one step in achieving results. Another critical step is distributing the content. Influencers naturally excel in this area, too. In fact, they have a raving fan base just waiting for their next blog or social media post.

Influencers are not only engaging, they are also engaged. Their whole job relies on how engaged their followers are. As a result, influencers themselves are engaged with their audiences. This means they interact with them, answer their comments and respond to their queries. This is key, because high levels of engagement is ultimately more powerful for hitting reach and impression goals than merely publishing more content.

Influencer marketing can have a direct impact on your SEO ranking. When trusted influencers mention you on their blogs, you generate high-quality backlinks to your website. Since Google loves high-quality links from industry authorities, influencers have the potential to boost your credibility and improve your Google search ranking.

No matter what industry you operate in, leveraging industry influencers can help you meet your marketing goals in a more robust, impactful and authentic way. They can impact your marketing campaigns in multiple ways—from branding to lead generation to SEO.

If any of these 14 ideas resonated with your marketing needs, 2019 maybe your year to test the waters by collaborating with influencers and determining if they are a good fit for your organization.

The next question is: Where can you find influencers? Check out our upcoming blog post to find the answers!