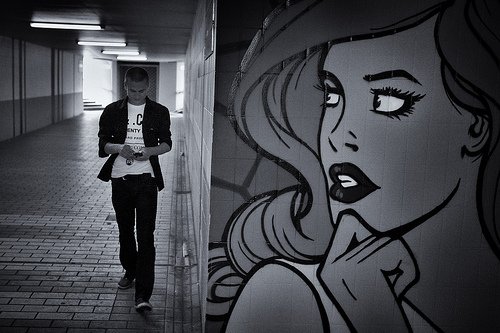 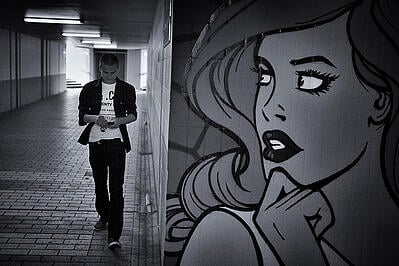 The Wright brothers became the first humans in flight in 1903. In 1955, Rosa Parks refused to give up her seat on the bus simply because someone else’s skin looked different than hers. Twenty-two years later, Dr. Goodall founded the Jane Goodall Institute to continue her groundbreaking research and protection of chimpanzees. Throughout the 50s, Lucille Ball made studio audiences and television viewers across the country laugh out loud. In 2011, Sloan Churman heard her voice for the first time after receiving a hearing implant.

These stories were brought to life in a 60-second commercial from Wells Fargo. “It broadens our horizons. It creates change. When we talk, it brings people together, makes us laugh and creates joy. When people talk, it overcomes obstacles and takes us beyond our wildest dreams. So start a conversation today, the possibilities are endless. When people talk, great things happen.”

By encouraging viewers to have a “conversation that can change your future,” Wells Fargo changes our view of the company. We no longer see it as a financial institution, but as a friend, helper and securer of our future. Well done, Wells Fargo. Well done. The company chose not to discuss dollar amounts, percentages or bottom lines. It didn’t appeal to the pocket book or bank account. Rather, it tugged at the heartstrings.

By reaching buyers on a human and emotional level, this simple, 1-minute commercial has made the case for storytelling in advertising, marketing and content development.

Let’s take a look at a few other elements that make the case for storytelling.

According to Psychology Today, the influential role of consumer behavior has been proven again and again:

In a less formal study, a marketing researcher decided to have each of the students in her class give a 1-minute pitch. Only one in 10 students used a story within his or her pitch. The others stuck to more traditional pitch elements: facts and figures. The woman then asked the class to write down everything they remembered regarding each pitch. Only 5 percent of students cited a statistic, but a whopping 63 percent remembered the story.

However, no one says facts and figures should be completely eliminated from your storytelling. In fact, weaving the two together can have an even greater effect on your buyers. “Studies show that we are wired to remember stories much more than data, facts and figures,” explains Jennifer Aaker, professor of marketing at the Stanford Graduate School of Business. “However, when data and story are used together, audiences are moved both emotionally and intellectually.”

Now you know storytelling is good for your bottom line. But how do you implement it? Marketers are not traditionally skilled in writing prose. Well the truth is, storytelling can be broken down into three acts, each one ultimately leading your buyers down the rabbit hole. To learn more, download the free guide, “Storytelling: How to Acquire Leads in 3 Acts.”