I love my job. Of course, I love creating videos, writing music and taking photos, but there is another reason that gets me excited to make the 8-minute trek into the office every day—getting to know my co workers.

Recently, my boss asked me to compile a list of Kuno employees' favorite Internet videos of 2014. This, by no means, was a difficult task, so I willingly accepted the assignment. I was pretty sure I was going to receive all types of funny videos; however, a few selections surprised me—in a good way.

During the process of compiling our favorite videos, I was able to have conversations in which I was able to learn more about my coworkers. What does this get you? Nine awesome examples of video content and video marketing you can use for inspiration or just pure entertainment.  Enjoy!

1. Celebrate the Holidays at Tiffany

Sandra's pick came as no shock to me. She chose the Tiffany & Co., "Celebrate the Holidays at Tiffany" video. This video shows off the incredible light show attached to the brand's Fifth Avenue Flagship façade. On a side note, I'm pretty sure she is trying to drop a subtle hint to her husband.

2. What were you thinking?!

Next on the list is Debbie's pick, "Boy’s hilarious reaction to mom’s big news; ‘What were you thinking?!’" This video is the basic cell phone footage of two children in the back of a car reacting to the news that their mother is pregnant.

This next video took me a little off guard because I was expecting to only get funny videos. Jason's pick, though, was a video created to help grow awareness about crisis happening in Syria, Lebanon, Jordan, Iraq and Egypt. This video took the "Second A Day" video concept and used it to show what it would be like to live in a country going through a brutal civil war. Even more emotional, the story is told through the eyes of a child.

4. What's in Your Hot Dogs? Mooscles

Dan's pick is from a company called Applegate, which boasts all natural and organic meat. Dan lives a clean lifestyle and is always searching for new organic products that provide a healthy alternative to our standard food products.

5. Jennifer is a Party Pooper

Walt has a great sense of humor. When Walt sent me his video pick for 2014, I almost peed my pants. Walt stated, "the best part of this video is that the guy looks like he just woke up from a nap in his car." I agree this video is hilarious, and everyone needs to watch it.

Annie's pick is a hilarious take on the CrossFit craze. I personally have nothing against CrossFit or the people who do CrossFit. A few employees at Kuno are CrossFitters, and I have a good friend who has lost a ton of weight doing CrossFit. Even though CrossFit has become the Nickleback of working out, it is still exercising, which is better than sitting around all day. So, if you like CrossFit, please don't be mad!

Apparently Carrie and I have more in common than I thought. When Carrie sent over her video pick, it led to a 30-minute conversation on why we both love cats. (I have three cats, and she has two!) Temptations Tumblers "Time To Play Ball" video is pure marketing gold. Put some muscular people in slow motion with cats and you've got a great video!

8. From London with Love

Vanessa's favorite video from 2014 is "From London with Love" from Burberry. This video is not only cinematically beautiful, the music is incredible. I have never heard of the artist, Ed Harcourt; however, I will start following his career now.

9. Experience the Power of a bookbook(TM)

And lastly, my favorite video of the year was a toss up between the "I smell like beef" girl and Ikea "bookbook" video. Since I can only pick one, I would have to give it to Ikea. I'm a big fan of Apple, but sometimes its videos can come across as a bit pretentious. They always seem to be "starting from the ground up" and "redefining the way we think." So when Ikea took a small jab at the brand, it made me very happy.

As you look through all of these videos, one consistent theme sticks out to me—emotion. Each and every one of these videos evoke some type of emotional response from the viewer: joy, anger, trust, fear, anticipation, surprise. Each one of these videos allows us to feel one or more of these emotions. That is why we, as emotional beings, connect to these videos. When you are creating your next marketing video don't forget your audience wants to feel something. 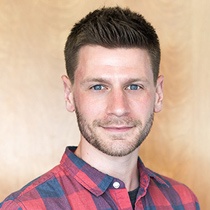 Steven creates highly strategic video content for clients that align with their marketing and sales goals. He comes to Kuno after opening his own multimedia company, where he helped small businesses create compelling videos to help tell their stories and showcase their products.
MORE FROM THIS AUTHOR >