Over the years, I’ve learned one thing when it comes to running a call-to-action or landing page A/B test: There’s no steadfast rule as to what is going to convert better in every instance. Our data has shown the type of image that wins a test on one CTA or landing page doesn't necessarily win on another. The same can be said about using actions like "Download Now" or "Click Here."

More often than not, what rules is the best version for a particular context. Blog post CTAs may require a different treatment than site page CTAs. And, in the case of this recent test, landing pages for raw website visitors need to be treated differently than landing pages within an email campaign.

For the last few months, we’ve been working with futurist speaker Mike Walsh to optimize his online presence for inbound marketing. Part of this included launching a new piece of content, “10 Ways to Survive the Future,” as well as launching a lead nurturing drip campaign for people who came to one of his speaking engagements.

The "10 Ways" eBook landing page was featured on the site for raw visitors, then cloned and repurposed as part of the drip email campaign. And we decided to run with two versions of the page. Check them out: 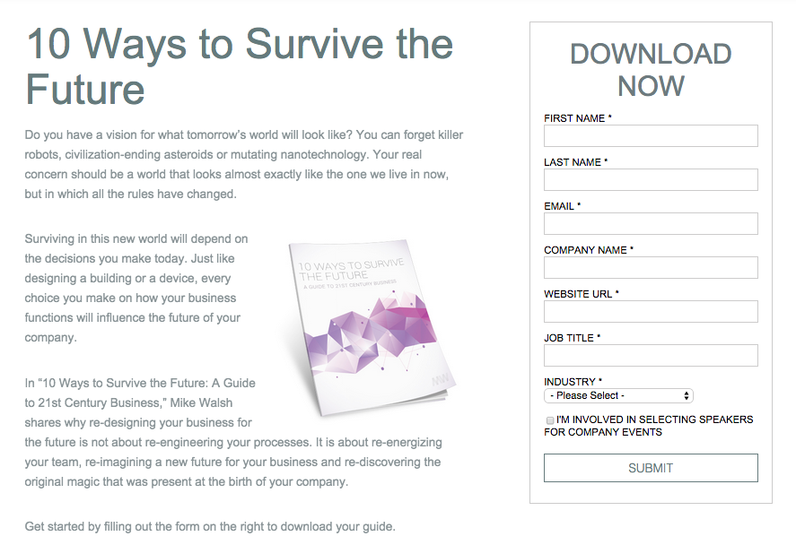 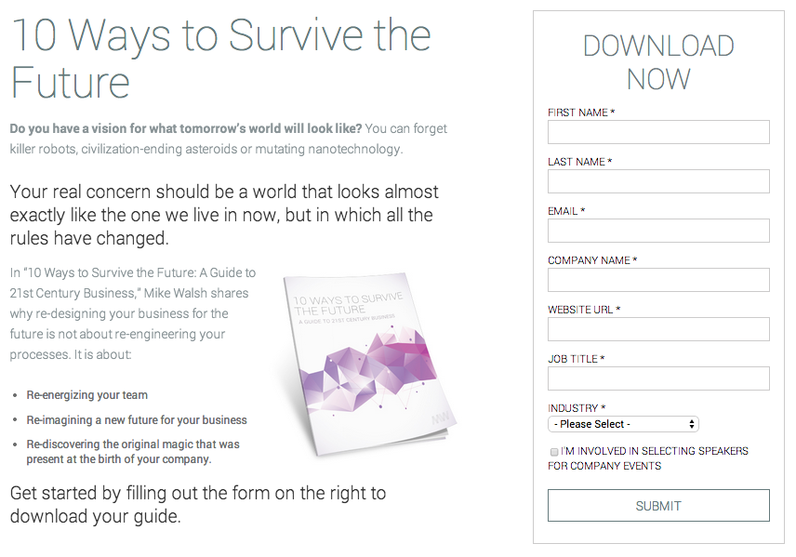 It was a rather simple formatting test, which we ran from August through October. My expectation was the formatted version would win. And it did—but only in one context.

However, in the case of the landing page featured in the lead nurturing campaign, Version A won by an even greater margin, 64 percent compared to 55 percent.

In both cases, the winner’s margin was statistically significant enough to shut down the trailing version, which we did. But that left us with the question: Why would a landing page that broke many of the standard rules win? The answer: Context.

I’m going to pull a quote from Chris Knipper here because his response to the question above gets right to the point:

I think that makes sense. If I know you, I expect a more personalized communication style with less formatting and graphics. If it's heavily formatted, then I assume it’s coming from your marketing department, not you.

But if I don't know you, and you send me something personalized and informal, I might possibly feel like it's intrusive and an uninvited sales pitch. On the first date, I expect you to at least make a good impression.

In the case of the formatted winner, we need to make an impression to get people to convert. But for the unformatted winner, we had already sent plain, personalized emails with block text, so the user expected the same on the page. In the context of a personal email campaign, the formatting turned people off because it seemed too slick and stylized to meet their expectations of personal content.

It goes without saying you should always be testing. But testing for contextual marketing (Did the visitor come from a LinkedIn sponsored update? An email campaign? A tradeshow ad?) will help you improve each version of your creative wherever you use it.