Google announced its latest algorithm update last week. Through Google Search Liaison on Twitter, the search engine confirmed the June 2019 Core Update was live and rolling out to various data centers on June 3. The previous day, Google had pre-announced the update by saying it would release a broad core algorithm update as it does several times per year, and its guidance about this latest update remains the same as it has covered in the past.

The guidance noted that each day, Google usually releases one or more changes designed to improve our results. Most have little noticeable change but help us continue to incrementally improve search. But one week after this most recent update was announced, it appears this Google algorithm update is having a wider and more impactful effect than some of its predecessors.

“The gambling niche was hit hard, as were the health and finance niches (though the update was/is impactful across the board),” Mordy Oberstein from RankRanger told Search Engine Land recently.

We will not have a full understanding of this Google algorithm update for at least a few more weeks. But at Kuno Creative, we have already seen significant keyword movement for at least one client in the sectors reportedly impacted by the update during the first week of its implementation. In this case, there were dramatic drops in rankings for high-volume keywords that were previously driving significant organic traffic in as recently as May.

For this client, we saw several keywords that were ranking No. 1 in May go to not ranking at all as of June 10. We also saw a 26 percent drop in keywords ranking in the top 100 overall during that same time period.

We are continuing to monitor keyword rankings for all of the websites we manage in the meantime to see if they are similarly impacted by the update over the next several days.

According to Barry Schwartz of Search Engine Land, this algorithm update seems to be focused on generating more diverse Google results.

Our initial SEO strategy in response to the latest Google Algorithm update is to optimize for current-month striking distance keywords on the pages that were negatively impacted as much as possible. If there are relevant keywords still ranking No. 10, 11 or 12 after the update, for example, we are focusing our attention there first. This should begin to supplement the organic traffic that will be lost from the No. 1 ranking keywords that dropped out of the top 100 entirely.

After implementing those striking distance SEO optimizations, we then selectively target the relevant No. 1 rankings that were lost next. At the same time, we also recommend creating content around new keyword opportunities that you haven’t ranked for previously while following Google’s best practices to start opening up new streams of relevant organic traffic moving forward.

Have questions about your SEO? Talk to your inbound marketing consultant today. 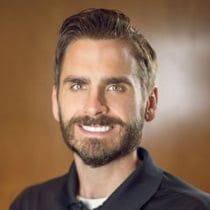