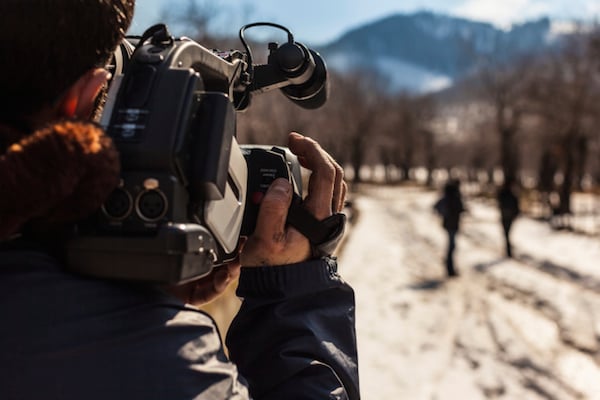 The 4 Don’ts of Video Marketing B-Roll

Whether you’re a B2B or B2C company, creating great video content is important. One way to help keep your viewers engaged while they are watching your video is to use B-Roll. When I started creating videos, I understood the concept of B-Roll, but I really didn’t grasp the importance of it or how to shoot valuable B-Roll. There have been plenty of situations where I finished a shoot, started editing the video and regretted not shooting the B-Roll I needed.

Now I’m going to assume you already know what B-Roll is, but, if you don’t, that’s OK! Simply, B-Roll is the footage used as a cutaway from your main shot to help complement the story you are filming. The most typical usage of B-Roll is during an interview so you don't have to stare at a talking head the entire time—watching someone talk for a few minutes can be extremely boring. If you place in shots of what he or she is talking about or switch camera angles, it can help keep your audience engaged.

Because there are already so many articles out there that explain what B-Roll is, I’m not going to dive into to that topic. Instead, I want to give you some tips I’ve learned over the past few years, and hopefully they can help you film more meaningful B-Roll.

One of the hardest things I’ve had to overcome was shyness. If you want great B-Roll, you’ll have to get in the thick of it. Some of you may not be shy, which is great! For the rest of us, though, it can be difficult to assert ourselves into a situation.

One of the most helpful tips I received occurred while I was shooting a live music video. I was in the back of the crowd filming, and I couldn’t get the shots I wanted. My buddy turned to me and said, “You have a camera. People will just accept what you are doing, so get up front and start shooting.” Now when I go out on a shoot I tell myself, “Don’t be shy, go out there and get the shot you want!"

Don’t be afraid to direct!

Waiting for a shot to naturally occur is like playing the lottery. Don’t waste your time waiting for the right moment when you can simply tell your subjects what action to take. This will also save valuable time when you are editing your footage.

In order to direct your subjects, not only will you need to be assertive, you will also need to plan ahead. The most ideal way to plan ahead is to have a script written out before you go out on a shoot. If you don’t have a script, you will want to try to shoot your interview/A-Roll first. This way, you can make mental notes of what your talent is saying so you can plan out intentional B-Roll shots to help complement their story.

Sometimes you don’t have to ability to get a script up front or shoot your interview/A-Roll first. For these situations, just do your best. Take the basic idea of your video and think up possible shots you'd like to gather. This may include establishing shots of the building, your talent walking or simply their hands moving while they are being interviewed. All of these shots work well as B-Roll because it gives your audience more information and it helps them feel more connected to the story.

It's common to shoot unusable B-Roll footage. What I’ve learned is it’s best to keep the camera rolling as long as you can. The first and last few seconds of a shot could be shaky due to adjusting settings, so make sure you are keeping that in mind when you shoot.

There really isn’t a set amount of time in which you should be shooting, but I like to shoot for at least 20 to 30 seconds before I move on to something else. Remember, always shoot more B-Roll than you think you'll need. You don't have to use all the footage you shoot, and it's not always easy to go back for more if you end up needing it.

Taking your time during a video shoot is essential to getting great footage. The same applies to shooting B-Roll. If you rush through shooting your B-Roll, you may end up not getting enough footage. After shooting the B-Roll of your subject, it’s always a good idea to get establishing shots of the surroundings. Getting shots of the room you’re in and some of the details of the room gives the viewer a better understanding of the setting and makes them feel like they are more directly involved.

I know creating videos for your business can seem like a daunting task, especially if you don’t have an in-house video team. But please don’t let that stop you from creating video content. No matter what skill level you are at, adding appropriate B-Roll can boost the production value of your video.

So do yourself a favor and the next time you go out and shoot a video don’t be shy, don’t be afraid to direct, don’t stop filming and don’t rush! These four don’ts of video marketing B-Roll will save time when you are editing your footage and ultimately help keep your audience engaged.

Do you have any tips for shooting B-roll for marketing videos? Share your experiences in the comment section below!

Steven’s experience in multimedia production began shortly after his parents brought home a video camera. Though he was just 8 years old, Steven mastered the art of short stop motion videos featuring—you guessed it—action figures. Steven comes to Kuno after opening his own multimedia company, Cold Robot Studios, where he helped small businesses create compelling videos to help tell their stories and showcase their products.
MORE FROM THIS AUTHOR >