Those of us in Cleveland have been on pins and needles awaiting Lebron Jame’s 2014 decision of where he will play for the 2014-15 NBA season. (Come home, Lebron! We’ll forgive you!)

And there are several brands that thought they’d take advantage of the only topic anyone seems to be talking about. Some were awesome; others fell short. Here’s what we’ve learned and what you should keep in mind if you decide to jump on the real-time marketing bandwagon.

Create Emotional Appeal Around the Event 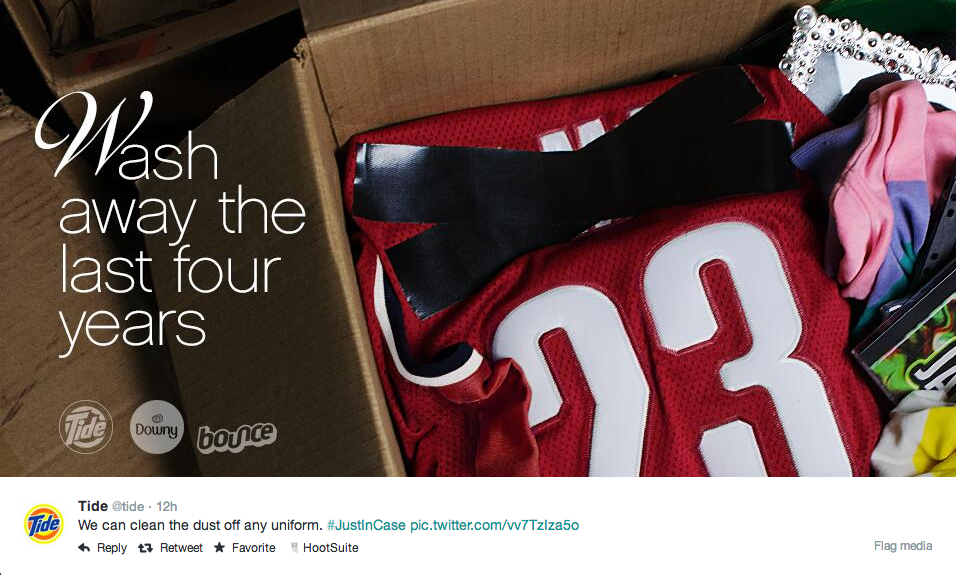 Tide laundry detergent won this war. Showcasing an old-school James jersey packed in a box of old belongings and the tagline, “Wash away the last four years,” the brand did a fantastic job creating a sense of nostalgia. It instilled a sense of pride and even encouraged Cleveland fans to forgive and forget.

The takeaway: Find out what feelings your audience has regarding the topic. Whether it be pent up anger or pure excitement regarding an awards show, capitalize on that feeling. 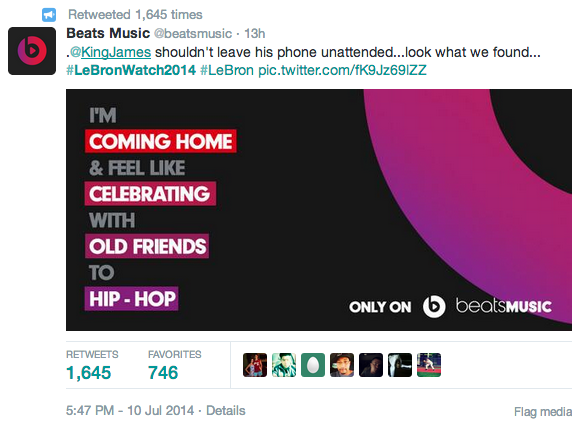 Beats Music successfully told a short story in its latest graphic: “I’m coming home & feel like celebrating with old friends to hip-hop” was apparently found on Lebron’s phone, which he happened to leave unattended. Beats was able to pique interest by simply telling a concise, simple story that successfully tied its brand to the news. It isn’t quite as emotional as Tide, but it does the trick.

The Takeaway: Find your "in" by creating a simple story surrounding the bigger news story. 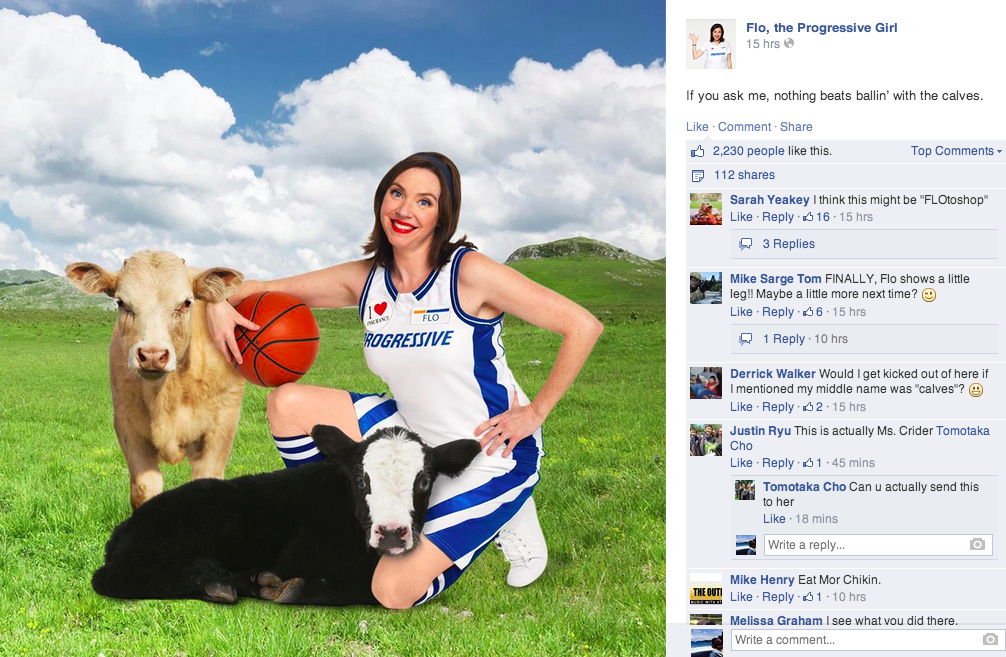 “If you ask me, nothing beats ballin’ with the calves.” Oh Flo, you’re so quippy. Progressive’s celebrity spokeswoman was shown holding a basketball and posing with a pair of young cows (get it, calves?). It is pretty funny, but really, what does it have to do with insurance? Aside from a Progressive logo on her shirt, there is nothing that ties this back to the service the company provides. While the post was retweeted nearly 250 times in 16 hours, that is nothing compared to Tide’s more than 9,000 tweets in 13 hours. I guess relevance wins!

The takeaway: If you can't tie the news to your brand in some relevant way, skip this round. There will be a better opportunity soon.

Real-time marketing isn’t easy. You’ve got to be quick while still hitting all the highlights of good marketing: emotion, storytelling and, most of all, relevancy. So come on King James, we’re waiting!

What are your favorite examples of real-time marketing? Share with us in the comments below!