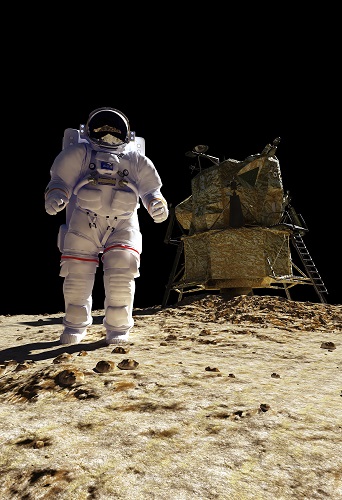 A Giant Leap for Content Marketing: The Evolution of Brand Journalism

When Coca-Cola’s Singapore team wanted the world to know about its double can that allows customers to share happiness with a friend, it didn’t push out a news release and hope journalists would pick it up. The team covered the story themselves. That approach seems like a no-brainer now for the multinational company that has promised to kill the press release by 2015, but it’s a revolutionary way of doing marketing.

Brand journalism isn’t brand new, but it’s quickly becoming standard operating procedure for companies large and small. And it really started taking off at the same time all the world was watching—waiting for the Apollo space shuttles to launch.

During the hectic early years of the space race, as NASA scrambled to outdo the Soviet Union in the quest to put a man on the moon, one of the largest marketing initiatives in all of history was just beginning.

By Oct. 14, 1968, millions were glued to their television sets watching something they’d never seen before: Three astronauts moving weightlessly within a cramped cabin during the first live transmission from an American spacecraft orbiting the Earth.

In Marketing the Moon, David Meerman Scott and Richard Jurek tell the fascinating story of how NASA sold the importance of space exploration to the American public, making shuttles and moon rocks part of our collective language.

NASA’s public information masterminds brought global attention to brands such as Hasselblad, the first camera on the moon, and Sony tape recorders, which the crew used onboard the capsule.

“Because of the public’s desire, we were called upon to share with the nation why we felt what we were doing had value; in fact, people began to demand no less,” said retired NASA astronaut Capt. Eugene Cernan.

NASA hired top-notch journalists to do the job, including former reporter Julian Scheer, who had relentlessly covered the early civil rights movement and first days of the space program. As a journalist, he knew exactly where NASA’s priorities should be.

NASA’s Marshall Spaceflight Center director Wernher von Braun stressed the importance of selling the mission to the public, which was a crucial part of achieving government support and funding.

“Without public relations and good presentations of these programs to the public,” von Braun said, “we would not have been able to do it.”

The Apollo Lunar Program was a game-changer for marketing in several ways. Here are three things NASA did well that content marketers can still learn from today.

When the newly formed NASA opened in 1958 after the Soviet Union’s surprise launching of Sputnik I, public information director Walter Bonney outlined a vision for his approach that helped to define content marketing as we know it today.

That approach focused on telling a story by reporting the facts, rather than pushing an agenda.

“In practice, Public Information Office staff work as reporters within the agency, seeking out newsworthy information from NASA technical personnel and processing it into a form useful to the press,” Bonney wrote in a memo.

Bonney recruited a staff that peaked at nearly 150 people in 15 locations, including print, radio and broadcast journalists with a broad range of experiences. They didn’t just write press releases. They produced articles with bylines, background materials, TV newsreels and fully produced radio broadcasts complete with sound effects. The staff satisfied reporters’ insatiable appetite for information, providing everything they needed for a great story. Whether they were experienced science writers or novice reporters at local TV stations, NASA had plenty to offer them.

“We were good writers, and we knew the news business,” said reporter Jack King. “That made a major difference in the whole operation.”

As your company builds its marketing team, imagine you’re also building a newsroom. While it helps to have someone who understands the technical aspects of your products and services, it’s more important your writers understand the kind of information most useful to your buyers. The content needs to be created with a strategy in mind, so you need someone with a long-term outlook— the equivalent of an editor in a newsroom. Content that’s visual is much more likely to be seen, so it helps to have someone with photography and design chops, too.

In addition to sharing your own content on your website, consider building up a media center with resources, high-resolution photos, video clips and anything else a reporter would need to turn around a story on a tight deadline.

At its peak, the Apollo program employed about 400,000 people and relied on 20,000 private-sector corporations. Although NASA had a sizeable public affairs team, its reach was limited. To meet the insatiable demand for information, it partnered with public relations representatives for the contract companies that had more knowledge of the technical aspects of their own products.

NASA formed a dedicated Apollo Contractors Information Center at the Cape Canaveral launch site, and someone with technical expertise was available for interviews at every launch. That meant someone from Boeing could speak in detail about every stage of the launch sequence, for instance.

“We sure didn’t do the PR job by ourselves,” NASA public affairs officer Chuck Biggs said. “We needed representatives from Rockwell, Martin Marietta and all the other contractors to do the job. By head count, we had more contractors’ public relations people than we had NASA employees.”

The takeaway here for your company is to rely on the expertise of your staff on the front lines as much as possible. There’s still a tendency to put the CEO or company president front and center on websites, marketing materials and content, but in many cases, that’s not who your audience wants to hear from. They want to hear about your product or service from someone who’s actually producing it.

Another important reminder: Don’t hesitate to quote outside sources who are experts in your industry. Yes, you want to be perceived as a leader, but you can achieve that by building credibility. That means citing industry studies, keeping up with the conversations your peers are having in online forums and, yes, possibly even mentioning what other companies are doing.

Took it To The Streets 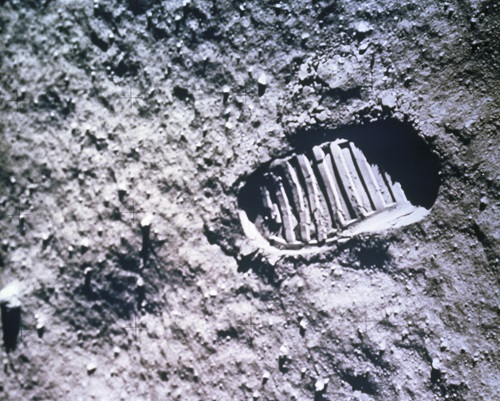 The NASA team understood the public’s fascination with all things related to space exploration, particularly after the moon landing. In addition to putting the astronauts on the speaking circuit, they hit the road with traveling exhibits. This became a huge part of its strategy at the end of the 1960s, when the fascination had started to fade.

For two years, NASA conducted a 50-state tour featuring the command module, an Apollo 11 Moon rock and other artifacts from the mission. They partnered with the governors’ offices in each state to manage and promote these tours. Thousands of people lined up and waited for hours to catch a glimpse of the memorabilia at state fairs and museums. They also came in droves to global events including the World’s Fair.

“Every opportunity we could come up with to tell the story, to tell the nation where that less-than-one-penny-on-the-dollar went, we wanted to tell that story,” Biggs said.

It worked— by the end of 1970, more than 41 million people had seen the Moon rocks.
The lesson: Bring your news to the masses, whether you’re reaching consumers or other businesses. You can do this by participating in conventions, speaking at conferences or distributing helpful guides to your buyers.

Looking to the Future

What forms will brand journalism take in 2015 and beyond? As consumers become increasingly savvy, they don’t want to be interrupted by advertising, even if it’s disguised as journalism. That’s why it’s more important than ever for brand journalism to educate the consumer, use expert voices and be integrated into every aspect of marketing and beyond. The job of producing quality news no longer belongs to the marketing department alone. It must involve the sales, operations, human resources and executive staff, making the best use of the talents each group has to offer.

To understand where brand journalism is going, it helps to look at where it’s been.

Brand journalism takes many forms and isn’t always easily defined. Companies like Betty Crocker, Jello and John Deere have published their own content for decades, even if they use another term to describe it. It’s difficult to define exactly where or how brand journalism started, but there’s no doubt NASA’s approach played a key role in redefining the traditional approach to marketing, news production and distribution. Since then, major companies such as Cola, MasterCard, Chrysler and Cleveland Clinic have taken the reins in producing their own news through corporate websites.

Check out our timeline below for a look at some of the highlights in brand journalism history.