You may not realize the impact your Facebook cover photos have. However, they are an important part of getting your marketing message out in a visual way. To get it right, details for photo size and setup are important. Specs for the Facebook cover photo are 849 pixels wide and 313 pixels tall. And remember to leave space in the bottom left corner where your profile picture will overlap.

But perhaps more important is the messaging and actual image. There are different ways you can utilize your cover photo. Here are 10 different tactics you can use to spread the word and increase engagement with your Facebook fans:

#1 Highlight the Holiday or Season

These Facebook cover photo examples show how you can use the season or holidays to promote your brand. It’s easy to remember major holidays like Halloween and Christmas, but you remember to incorporate all holidays and use the seasons to invoke emotion.

Celebrating milestones is a great way to get your promotional marketing message across to Facebook fans and visitors. Many pages design a cover photo to thank fans when they reach a milestone number of visitors. Betty Crocker used the image design to feature images of its 2 million fans. Universal Studios’ Facebook cover photo invokes a bit of nostalgia with some of the best movies it has produced over the last 100 years. It works because it is engaging and emotional.

Both Dominos Pizza and HGTV used hashtags and calls for engagement together, which make for an effective cover photo campaign. It also helps tracking engagement through Facebook, Twitter, Pinterest and other social channels.

Chevrolet recently ran a large campaign across all advertising channels for World Cancer Day. It is important to tie in nation-wide advertising campaigns to your Facebook page so fans and your target audience see the continuity everywhere they look. There is another large campaign happening nation-wide as well; this one is petitioning for Baseball Opening Day to be declared a national holiday. Budweiser beer has tied in the petition to its advertising campaign.

The Museum of Science and Discovery Facebook Cover Photo

Highlighting events on your Facebook cover photo is a great way to get more attention for your event. Just be sure to change your cover photo often if you are going to post dates. If your cover photos are outdated, it reflects poorly on your marketing team.

Highlighting sales and specials on Facebook can be a great sales tool. You can also offer special discounts, sales or coupons just for Facebook fans. This is an excellent driver of more likes and increased Facebook page engagement, not to mention sales.

Since Facebook lifted a lot of the contest restrictions that were in place prior to 2013, it is now easier to incorporate contests and giveaways into your Facebook brand page promotions. Eggo Waffles had a recipe contest, which can definitely end up driving sales as a direct result of contest entries. Coca Cola’s Facebook cover highlights a contest the company is running on its website in conjunction with its rewards program, which drives traffic to the website in addition to possibly adding more reward participants.

Ideally, any Facebook cover photo you use should represent your brand; however, some cover photos really help to drive home the theme or message of the brand. Conscious Box reinforces its message of pure, healthy ingredients. Dove’s cover photo covers a lot of bases in keeping with its branding message, utilizing a hashtag and including members, too. 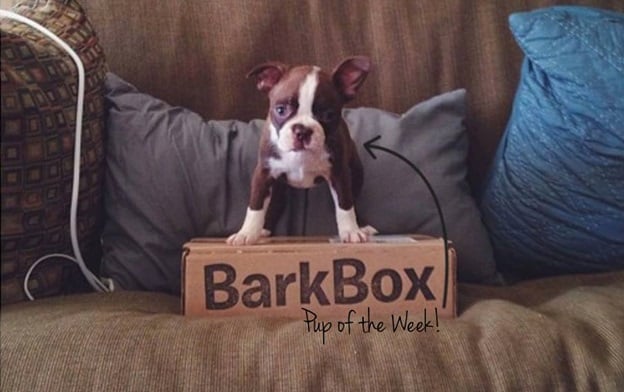 Increasing engagement can be a simple call to action similar to how Hungry Girl uses her cover photo to drive traffic to her website. Other Facebook pages, like Bark Box, employ a “fan of the week,” or, in its case “pup of the week,” contest where fans submit their pictures to be chosen as the fan of the week.

Pepsi’s new size can is being promoted on all advertising channels, so it makes sense to see it on the brand's Facebook page, as well. Whole Foods stores promoted its store opening on its Facebook cover photo along with a hashtag to continue promotions across social channels.

You can see there are many different ways you can promote your brand through the imagery of your Facebook cover photo. What creative ideas have you seen? Share in the comment section below.

Richard Larson is blogger and Brand Manager for GoPromotional.com. He enjoys sharing marketing and business topics.