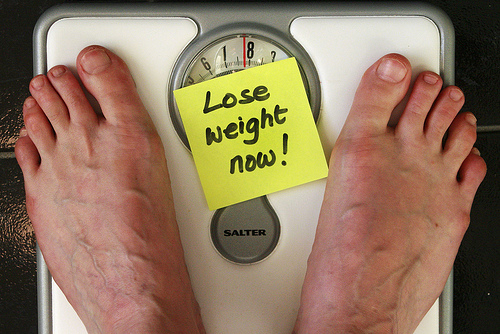 Are These 4 Marketing Fads Dragging Your Strategy Down?

Lately, I’ve been thinking about fad diets. They’re one of the oldest scams in history, yet we keep falling for them, lured in by promises of a fast fix to a timeless problem.

Whether it’s green coffee bean extract or a diet based on the habits of cavemen, it’s touted as a breakthrough, the only solution we need to finally achieve our goals. Of course, there’s no mention of hard work or harmful side effects. The claims may sound increasingly sophisticated — whether they’re supported by independent research or endorsed by Dr. Oz — but the results are almost always the same.

We hear similar claims in the ever-evolving world of marketing. Companies can be so eager to keep up with the latest technologies and ideas they don’t always consider whether they truly fit the mission.

Unlike marketing trends that become widespread and influential for years, fads come and go fast enough to give us whiplash. Here are some of the worst offenders I’ve seen.

The grapefruit diet has been around for decades, but it seems we still haven’t learned we can’t live on citrus fruit alone. Nor should marketers rely entirely on a single marketing strategy while neglecting others. Some businesses lean so heavily on social media that they’ve significantly reduced their efforts in inbound marketing, public relations, email marketing, direct marketing and traditional advertising.

Social media offers the obvious advantages of instant communication and direct engagement, so it’s hardly a passing fad. That said, it’s a mistake to assume your 50,000 Facebook “likes” are 50,000 likely clients, or that your target audience will find you on Twitter without being prompted to look. Social media is important, but, like all other tactics, it’s just one element of a balanced marketing strategy. To be successful, you need to engage your audience across multiple channels online, in person and on paper.

The Parasite — A Gimmicky Viral Video

I'm sure you've seen news regarding a drastic weight loss measure that seemed, well, hard to swallow. Did morbid curiosity tempt you to tune in to the Tyra Banks showor the more recent Today Show report on this dangerous "diet?"

If you didn't, spare yourself from squirming and watch something else that won't make you so squeamish.

Last week, my Facebook feed (and probably yours) filled up with what looked like a touching video of strangers kissing for the first time. The kisses were intimate and surprisingly well-executed, far from the awkward messes that would probably result if these people actually had been plucked off the street and paired up at random. They were all annoyingly attractive, too—my first clue this was more than a clever experiment.

It turns out the “strangers” were hired actors, and the video was actually a clothing ad for Wren Studios, although you’d never know it. There was no branding, not even a link or a subtle hint. Although the video racked up more than 48 million views in a matter of days, only a fraction of those who saw it probably connected it to Wren. A separate YouTube post of the video by CEO Melissa Coker explaining the video celebrates the studio’s fall collection had been watched just over 160,000 times a week after it debuted. Although the video is certainly intriguing, I’m not sure it’s going to catch the attention of anyone who isn’t already a dedicated fan of the clothing line. A truly viral video often can't be planned, but if you are going to spend considerable resources creating one, you should make sure it serves a purpose.

The tapeworm fad was gross enough, but in the world of dangerous dieting and disordered eating, there will always be something even more shocking. This time it’s the “cotton ball diet,” a disturbing habit developing among mostly young women and girls who eat fluff soaked in juice. The idea is to trick themselves into feeling full without gaining weight. It’s an extremely dangerous behavior that can lead to malnutrition, choking or even a life-threatening intestinal blockage.

Although this is serious issue, it reminds me of a phrase that has caught on in the marketing world: keyword stuffing.

The idea that cramming enough search-worthy words and phrases into a website or announcement will put you at the top of every search engine might have worked at one time, but it just isn’t true anymore. Search optimization is still important, but as Google continues to tweak its algorithm, this “all filler and no substance” approach just won’t cut it. Google’s new formula focuses on conversational queries, rather than keywords.

Search results are encrypted so companies can no longer identify which keywords are generating organic search traffic from websites. The new algorithm is believed to have affected nearly 90 percent of all queries, changing the way search engines process requests. That means your content should be written in a way that answers your customers’ questions.

Let’s say you’re a recruiting company in Northeast Ohio. Rather than spraying the words “recruiter” and “Northeast Ohio” everywhere, think about the questions your potential customers would be likely to type into a search engine. Make sure your web copy is written in a way that answers them.

The Smorgasbord Diet— Experimenting to See What Sticks

I’ve never had the willpower to eliminate entire food groups or follow strict rules, so this is probably the best way to describe my culinary philosophy. If I ever decided to go on a diet, I’d probably try a two-day juice cleanse, followed by a week on the South Beach diet and then morph into something that looks like a Mediterranean diet because I happen to love olives and wine. When I got tired of that, I’d go Paleo—at least until my next trip to Panera. I’m sure my methods would fail miserably, which is why I’m counting on my “everything in moderation” plan to keep me away from diets altogether.

It’s tempting for today’s marketers to want to try a little of everything, too. There’s just so much on the menu. Apple now has more than 700,000 apps in its App Store and adds almost 650 new ones each day. We all want to be among the first to adapt the ones that will really take off.

Bigger brands can afford to experiment a little more. Oreo’s parent company recently unveiled a new app called Prankstr, which will send fake tweets to your followers and create a video of their shocked reactions. I actually thought this was an early April Fool’s joke, but it’s real. Aside from appealing to teens who love to punk their friends with fake pregnancies and arrests, it’s not clear what the company hopes to achieve with this.

For Mondelez, maybe a little extra hype is worth the investment. For most companies, though, it doesn't pay to dabble in the latest new toys without a plan. Before you spend your money on anything, you need a clear idea of how you'll incorporate it into your existing strategy and what kind of returns you can expect to see.

The Meat and Potatoes

As marketers, we have so many options it’s easy to get distracted and forget our ultimate goals. As marketing consultant Dorie Clark argues in Harvard Business Review, maybe it’s time to go back to the basics. Marketing automation, or using software to nurture prospects into customers, has become the latest buzzword, but it won’t do you much good unless you’ve first mastered the art of garnering qualified leads. A solid mobile website can be just as effective as a fancy smartphone app, and sometimes it makes more sense.

Just as a successful diet starts with a balance of the basics, a successful strategy needs to incorporate a mix of branding, lead generation, customer relationship management along with traditional and social media.

Once you’ve mastered the basics, you won’t be tempted to waste resources on fleeting fads.

What intriguing marketing tactics have you seen lately? Are there some you believe will become more than a fleeting fad? Let us know in the comments below!