Amazing Examples of Big-Impact Marketing on a Small Budget

Marketing is big business. Every year, companies pour millions of dollars into marketing research in an attempt to find out what makes their customers tick. This level of investment is impossible for most small companies. However, by thinking creatively, it is possible for small companies to create big-impact marketing on a modest budget.

That means no matter the size of your business, you don’t have to settle for dull, unimaginative marketing. Instead, take inspiration from these low-cost success stories, and produce something exceptional.

It’s often a good idea to incorporate your own product into your marketing efforts. This was recently demonstrated by security glass manufacturer 3M, in a low-budget ad campaign that went viral.

The brand placed stacks of money into a hoarding made from its own brand of tough security glass. Passers-by were then invited to break the glass with their feet, with the promise they could keep the cash if they were successful. Despite countless attempts, nobody managed to break through—a stunning testimony to the effectiveness of 3M’s product. 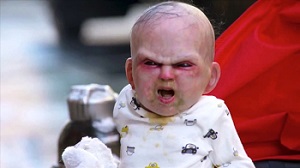 Makers of recent horror film Devil’s Due commissioned expensive print and video adverts as part of their marketing campaign. However, it was a relatively low-budget prank that won the film countless social shares and headlines.

Just before the film’s release, a video of a remote-control pushchair, complete with lifelike ‘devil baby’ passenger, was uploaded to YouTube. The ensuing footage, showing unwitting New Yorkers getting the shock of their lives, rapidly went viral with more than 39 million views in just two weeks. Although the film itself has received lukewarm reviews from critics and audiences alike, this ingenious campaign has won acclaim from marketing experts around the world. 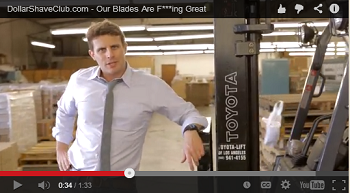 Shaving companies traditionally spend millions of dollars on their marketing. Their ads usually feature a plethora of celebrities, incur large production costs and are aired on primetime television.

Californian startup Dollar Shave Club didn’t have a million-dollar budget. However, this didn’t stop it from creating a now well-known video. Company CEO Michael Dubin drew on his background in improv to write, direct and star in the company’s expletive-laden commercial, which has since gone viral. The surreal video—featuring a machete, a bear costume and the American flag—is a far cry from the more serious campaigns of brands such as Gilette.

The company’s deceptively laissez-faire ethos (Dubin once described the brand's target market as ‘Just regular American guys who don’t like getting ripped off’) is all part of the ingenious marketing strategy. 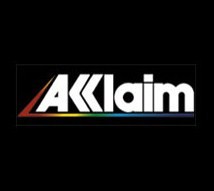 It costs nothing to court controversy—something American video game developer Acclaim Entertainment used to its advantage in 2002. Acclaim offered a $10,000 reward to anyone willing to name their child Turok, after the protagonist of the brand's latest game. It’s unlikely any parents-to-be took the company up on the offer—but the resulting publicity ensured the company’s name was in the headlines for days.

Many of Acclaim's controversial campaigns were a success, winning the brand free publicity. However, it eventually fell victim of its own unorthodox marketing tactics: Families willing to advertise Acclaim’s latest game on their loved ones’ headstones were encouraged to contact the company. This enraged both the public and the international press, and the offer was hastily retracted. However, the damage was done, and the company ultimately folded.

As these marketing ploys show, you don’t have to pay big bucks to make a big impact on a small budget. Creativity and simplicity are the key ingredients of a successful low-budget marketing campaign. Remember to ensure your concept is instantly recognizable to the audience—if you have to provide an explanation, your idea is too complicated. And court controversy if you must—but beware, there is always a line that should not be crossed.

This article was written by Alexa Garthwaite, Head of Marketing at ExecutiveOffices.co.uk—a leading provider of serviced offices, virtual offices and meeting room hires in prestigious locations across London.