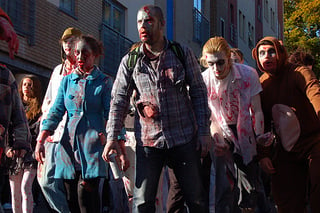 When The Walking Dead mid-season finale aired last November, a lot of emotions hit the fan on social. I couldn’t believe just minutes after the episode aired, memes and gifs started popping up on threads throughout the web. Indeed, The Walking Dead Facebook page and Twitter hashtag proved to be a source of not only laughter, but of in-depth conversation about the series—insightful content, user-generated and sponsored, for the fans to enjoy. The same could be said for several other popular broadcasts—breaking news, Breaking Bad or Anderson Silva breaking his leg during a title fight; all instances had, and still have, a strong digital presence that encourage social engagement.

The online activity before, during and after televised events falls under the realm of social television and the second screen experience.

The second screen experience is a growing trend characterized by the use of a digital device, like a laptop, smartphone or tablet, while simultaneously consuming related or “synchronized” content through another screen—television. A recent study conducted by the Consumer Electronic Association (CEA) and National Association of Television Program Executives (NATPE), revealed of those surveyed, 79 percent accessed a device while watching TV programming. Millennials (ages 13 to 34) were found to be the most engaged age group; smartphones their device of choice. The study found the second screen to present a significant opportunity for content producers and advertisers to leverage popular television programs through the web, extending the overall viewing experience.

Consider the second screen a promoted interaction that goes beyond watching linear video. When it comes to broadcast television, viewers have limited control over what they watch, but thanks to the growth of social television, users can jump online and join a community discussion. However, the question remains: Which social network does it better? For now, we’ll investigate Twitter and Facebook. 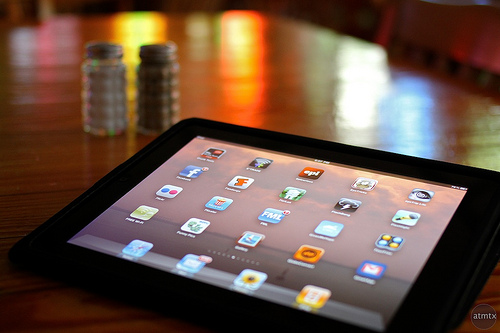 As mentioned in my last article, and published as the 2013 October cover story in Forbes, Twitter is intent on becoming a fully integrated, valuable asset to the future of television. Due to the proliferation of mobile devices, DVR and “watch-when-you-want” streaming video services like Youtube and Netflix, the traditional Nielsen Rating system used to measure television viewership grew to be an unreliable metric. That’s why in late 2012, Nielsen and Twitter entered a multi-year agreement to create the “Nielsen Twitter TV Rating” for the US market, measuring real-time, virtual conversations to gauge the reach of television programs. 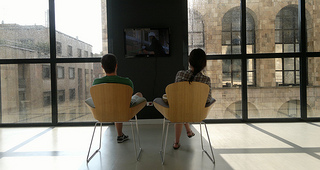 Facebook is still developing its data collection services for big-time broadcasters. In 2013, it integrated hashtags and trending topics to encourage conversation. Notably, this past September, it announced New Tools for Surfacing Conversations on Facebook so certain partners and news organizations can monitor keyword buzz throughout the social network. However, due to the lack of a streaming, real-time feed, Facebook doesn’t encourage instantaneous user updates like Twitter; therefore, it doesn’t gather the same type of engagement data—yet.

According to the Wall Street Journal, one aspect of Facebook’s strategy to differentiate itself from other social networks in the race for social television is its massive user base. The chief researcher at CBS pointed out that Facebook data may be more correlated with actual views due to Twitter’s “disproportional demographics” regarding certain shows.

This blog only reviews two portions of the second screen phenomenon. Along with social media, the television industry is increasingly becoming digitally focused, creating apps and interactive games geared toward maintaining an audience it is slowly losing to the web. Whether you’re simply surfing online during the commercials or tweeting about killer zombies, you are an active participant of the second screen experience. Do you know any other relationships between television and the web dedicated to the second screen? I know I left some out! Share in the comments below.