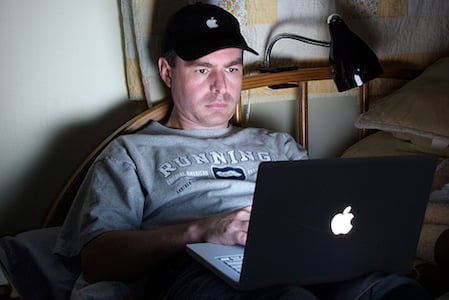 The State of Websites in 2014: Stats & Facts You Need to Know

The web is an ever-changing landscape, and in order to keep up, we need to take stock of what’s happening every year with the most important aspect of Inbound Marketing (in a developer's opinion): the website.

Yes, the website. Without the website, there are no landing pages, no offers, no creative, interactive content, and there is certainly no blogging. We talk so much about all the ancillary parts of inbound marketing and content creation, yet the poor website is overlooked like an abused camel carrying all of our luggage across the desert. So I thought the New Year would be a good time to pause, appreciate and take a look at our friend the website to see what we can learn from the developing trends over 2013.

The Growing Anatomy of the Web Page 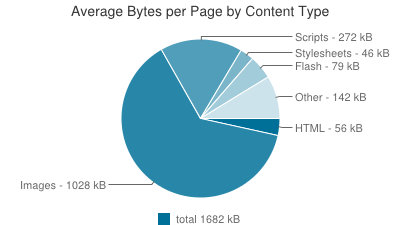 Like a wide receiver needs a quarterback to score touchdowns, the web page needs browsers to display their content to the world. Let’s review some statistics and trends in browser usage over 2013 from w3schools.com to see what we can learn:

The most glaring trend for you to be aware of is the growth of the Google Chrome web browser. The headline for 2013 could easily be: “Google is up; everyone else is down.” Global usage of Chrome increased from 48.4 to 54.8 percent in 2013, while every other browser saw decreases in their web market share. Think about that for a minute: More than half of the world with Internet access is choosing Google Chrome as its main browser.

Internet Explorer is on pace to become the most irrelevant major browser of the future, despite Microsoft’s color commercials to convince you otherwise. Long the bane of a developer’s existence, web professionals have long been rooting for the demise of Internet Explorer and, if the current trends keep up, they may get their wish. Internet Explorer saw its global usage drop from 14.3 percent in January 2013 to 10.5 percent in November of the same year.

Also, for the sake of the web, if you’re still developing websites for Internet Explorer versions 8, 7, 6 or lower, please stop. Versions 7 and lower represent less than 1 percent combined of all Internet Explorer usage. It’s just not worth the time and money anymore.

Safari, Apple’s pre-installed browser on iPhones and Macs, lost 0.2 percent of global market share this year. However, if you look at Safari's standing over the last four years, you’ll find it has always maintained somewhere around 4 percent of global browser usage. So in reality, Apple’s browser seems to just be holding steady.

Firefox is an interesting case. Rising from relative obscurity—Firefox doesn't have the backing of a major corporation and products that come pre-installed with the browser, a la Microsoft, Apple and Google, mind you—it is impressive what Firefox has been able to do.

From January 2005, on the backbone of Mozilla, Firefox came in with 16.6 percent global market share and skyrocketed to 44.4 percent of global usage in just three short years. However, with the emergence of Chrome in 2009, Firefox’s growth started to flounder. It wasn’t until 2011 that Firefox saw a significant decrease from 42.8 percent in January to 37.7 percent of global usage in December of that same year. In 2013, Firefox fell from 30.2 to 26.8 percent in November of this year.

Opera deserves an honorable mention, as it seems to consistently maintain its niche share of the market around 2 percent. However, Opera has also seen a decrease in usage due to Chrome.

Final Thoughts for the Web in 2014

The web is getting bigger. In terms of size, speed, requests, content and more, all the data is clear on that point. My guess is that part of the reason is due to the emphasis on content. As good and creative content became so central to SEO, demand generation and web traffic, the web needed to expand to accommodate it. This is admittedly more of a theory than a proven fact, but I think it is an interesting correlation to explore as 2014 progresses.

The future is bright for designs of the web. Given the average increase in image usage, page size and custom fonts, the web is becoming a more agreeable place for better design. Between the increase in access to faster Internet speeds and an ever-growing support for HTML5 and CSS3, there’s never been a better time to create and design for the web.

There are no metrics for it that I can find yet, but I’d imagine that they’d show a massive increase in responsive designs over the last two years. I think another trend to watch for 2014 is one where responsive design is no longer just a feature or an option, but a development standard. If you’re building a website that’s not responsive in 2014, what are you thinking? Use these links to educate yourself on the importance of responsive design:

But mainly, Google is dominating. With the massive increase in Google Chrome usage, the introduction of cheap, affordable Chromebooks and the widespread and growing adoption of Google API Libraries, it is clear Google is here to stay. Microsoft, Apple and all the other browsers are going to have to change the game to keep up because, right now, it’s Google’s game—and it’s rigged in Google's favor.

What do you find most surprising about the state of websites in 2014? Share your opinions in the comments below.