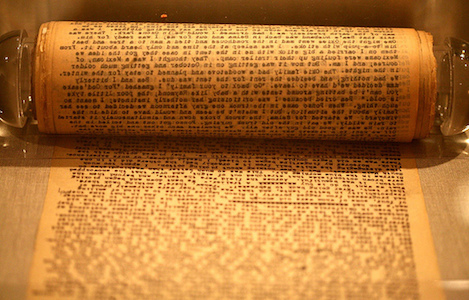 Analytics software like Google Analytics provide a huge amount of useful information site owners can use to optimize their sites for conversions. It’s very useful to know which site your visitors arrived at your site from, which of your users bounce without performing any significant interaction, as well as their journey through to conversion (or not). Each of these pieces of information helps designers, writers and marketers optimize the site and its content to maximize conversions.

However, one piece of information is often neglected: scroll depth. Scroll depth is how far a user progressed down a page. Its exclusion is unfortunate because, when you think about the typical journey through a site, knowing the point at which users decide to commit or leave is important. Without that data, it’s difficult to know what about the site they approved of or what turned them off. Knowing where users make up their mind in either direction can be used to refine site content, calls to action and information architecture to minimize the nopes and maximize the yays.

Imagine a scenario in which a visitor arrives at a site and clicks through a few pages, gathering information about a product you are selling. She scrolls down a product page until she reaches an image of a product. At that point, rather than placing an order, she ends her journey and is never seen again. Knowing that should influence us to take a hard look at that image and consider replacing it. If we hadn’t been tracking the depth to which she had scrolled on the page, we’d have known which page she had reached before leaving, but we’d have no idea which element on the page was the cause.

Of course, one measurement is not sufficient evidence, but over time, by tracking scroll depth, we can form an aggregate picture of the effective and ineffective elements on a site. Rather than shooting in the dark with our split testing, we can target our variants on those elements positioned at the points on a page that are making a difference.

jQuery Scroll Depth is a jQuery plugin that interfaces with the Google Analytics Events API to allow site owners to track the scroll depth of their visitors. By default, it tracks fixed percentages—user X scrolled the page by 25 percent, for example—but it’s possible to configure the percentages. The plugin is also capable of triggering events associated with particular elements in the DOM: links, images, divs and so on.

The jQuery Scroll Depth site provides instructions on how to implement scroll depth tracking on a site.

It’s a little more tricky to implement scroll tracking on WordPress, but not prohibitively so. There’s an excellent tutorial over at the Starterist that covers all the details.

Adding scroll depth tracking to your site will give you an extra tool in your conversion rate optimization kit and allow you to target page elements for testing or replacement with greater precision.

Do you think websites should track scroll depth? Why or why not?

Daniel Page is the Director of Business Development for ASEOhosting, a leading provider in SEO hosting and multiple IP hosting. Follow ASEOhosting on Twitter at @aseohosting, Like the company on Facebook and check out all the services it offers on http://www.aseohosting.com.