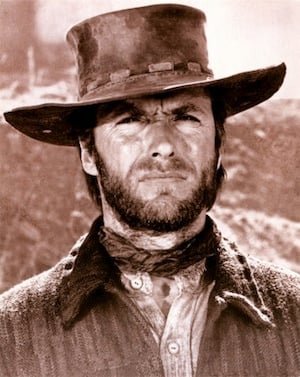 Social Media Culture-jacking: The Good, The Bad & The Ugly

The morning winter storm Nemo hit NYC, a client requested our team send a tweet on its behalf. We all thought it was a pretty great idea, especially since the client is located in that neck of the woods. So the question quickly became, “What should we tweet?” One team member suggested we keep it light and fun with something along the lines of enjoying the snow or ideas for fighting cabin fever when you’re snowed in. That's where I hesitated, thinking keeping it light might backfire. “We can’t tweet that,” I said. “What if something terrible happens?”

Culture-jacking refers to brands capitalizing on pop culture events, including less than ideal weather conditions, via social media. Culture-jacking is becoming an increasingly common social media practice, but is it really a good idea for brands to launch uber-relevant campaigns in real time? Let’s take a look at the good, the bad and the ugly.

The most culture-jacking synonymous brand of the moment is Oreo. Within moments of the power failing during the third quarter of Super Bowl XLVII, Oreo tweeted this ad with copy “Power Out? No problem” to its nearly 75K followers. The ad was cheeky, fast and extremely relevant, and one week later, the Oreo brand and 360i (the agency behind the quick response) are still enjoying social media marketers’ praise.

Clothing retailer Celeb Boutique tasted just how bitter the effects of culture-jacking can be when it tweeted “#Aurora is trending, clearly about our Kim K inspired #Aurora dress ;)” as news spread about the shooting in Aurora, Colorado, that left 59 people injured and 12 dead. The Twittersphere pounced on the Argentina-based retailer and many journalists reprimanded the shop, calling it ignorant, tasteless and stupid. The retailer deleted the original tweet and apologized in several subsequent tweets, but the damage was done (as should be evident by the fact we’re still talking about it six months later).

And now for the ugly example that’s really made me hesitant about jumping on the culture-jacking bandwagon: American Apparel. The clothing retailer blasted its email list promoting a “Hurricane Sandy Sale” in the states expected to be most affected by the super storm only hours before Sandy began her devastating trek up the East Coast. The poorly planned marketing move had many social media users threatening to boycott and made my list of the best social media fails of 2012.

So what’s the conclusion? Is it culture-jacking a good idea? The jury’s still out. I would advise social media marketers not to do it when poor weather is the pop culture event, but Starbucks did a nice job of pushing its “Snow Day” advertising throughout the weekend without any backlash or major ramification. (In fact, Starbucks’ Facebook fans downright loved the promotion.)

For our clients, however, we're still going to play it safe. In my opinion, the risk of decreased social media marketing budgets and media, plus potential consumer backlash, simply isn’t worth the reward of 15 minutes of social media fame.

What are your thoughts on social media culture-jacking? Is it good, bad or ugly?

Known as Hawkeye for her near superhuman copy editing abilities, Lisa Gulasy applies her unique experiences in agency and journalism to manage strategy and day-to-day engagement of client social media profiles and assist and researching and writing blogs, press releases and advanced content. Find her on Twitter and LinkedIn.