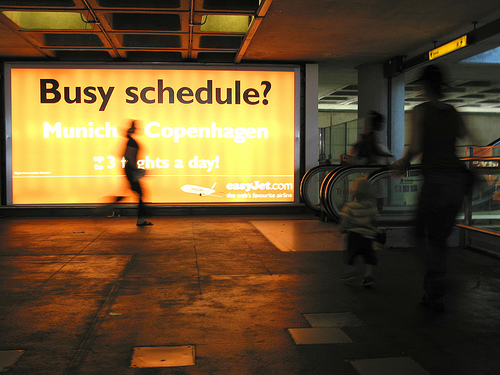 An Argument for Social Media Scheduling 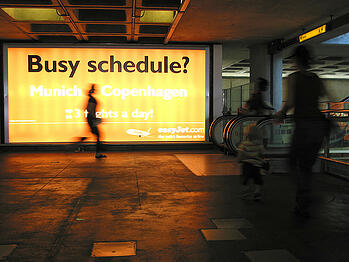 To schedule or not to schedule? For business social media managers, that is the question. According to a recent Vocus blog, the jury on social media scheduling is still out among industry experts. Scheduling is A-Okay with Strategix One Consulting CEO Chris Voss, but HARO founder Peter Shankman is anti-scheduling, saying “Automation does not understand breaking news or life changes. Automation means that you’re locked in, with no way to change when something happens. Do you really want to offer 10 percent off after a major world tragedy occurs?”

To be fair, Shankman has a valid point. I was in the unfortunate position of scrambling to edit or remove posts as details from the Sandy Hook Elementary School shooting massacre unfolded last Friday. However, in general, I’m pro-scheduling. Here’s why:

I’m certainly not one to shirk my responsibilities, and I’m not the type to choose a tactic for a client just because it’s easier on me, but honestly, we’re all extremely busy. It’s easy for a Facebook post to be forgotten in a morning filled with meetings, internal training sessions and more. Next thing you know, it’s lunchtime, and the best time for you to post on behalf of the client was three hours ago. It looks like reach is going to suffer today!

My personal Twitter feed is a great example of how scheduling can benefit a social media profile overall. Before I scheduled tweets, I would squeeze two, maybe three tweets in during normal business hours, and I’d send them all around lunch time. Then I’d bombard my stream at night with hilarious thoughts I’d have while watching TV at the gym and adorable pictures of my cat, neither of which were actually hilarious or adorable. (No offense to my cat.) This sporadic activity reflected poorly on my personal brand, and I consistently lost followers. Since I began scheduling Twitter posts more than a month ago, I’ve enjoyed a slow, yet steady increase of followers and increased interaction (retweets and @ mentions).

Recent data shows the best times for brand pages to post on Facebook are not during normal business hours, but on weekends and during “non-busy hours” (8 p.m.-7 a.m.). And while large businesses can afford to have someone monitoring all social platforms all hours of the day, small businesses don’t have as deep of pockets. Social media scheduling gives small businesses the impression that their people are available 24/7 without actually paying someone to sit in front of a computer through the wee hours of the morning.

Ability to Double-Check Before Sending

The ability to double-check a post before sending is probably my favorite benefit of social media scheduling. Let’s say I wanted to increase engagement on Kuno Creative’s Facebook page by asking those who “Like” us to caption a photo. When posting a photo to Facebook, you can’t actually see the photo you uploaded in the post until after it’s posted…unless you schedule it and view it in the Activity Log. What happens if I uploaded the wrong photo? It’s probably not a big deal for me to quickly remove it from our page, but it could be a huge headache for a big business to do the same. Social media scheduling gives the scheduler (or a second manager) the opportunity to read through posts or tweets for spelling or other silly errors and incorrect content.

Now, before those anti-scheduling activists get up in arms, please allow me to clarify that I don’t believe a business’ entire social presence should be scheduled 100 percent of the time. Brands are people-powered, therefore, a human should be accessible and active, especially for large companies that are increasingly using social media for customer service. In fact, I’ve discovered some of my most popular content just by perusing News Feeds and Twitter streams once every hour.

If you, like me, think scheduling is a useful trick of the social media trade, check out “The Quick & Easy Guide To Social Media Scheduling” on Simply Zesty for a rundown of popular scheduling tools. If you’re anti-scheduling, let me know your reasons in the comment section.

How Can Manufacturers Use Social Media? See 3 Examples