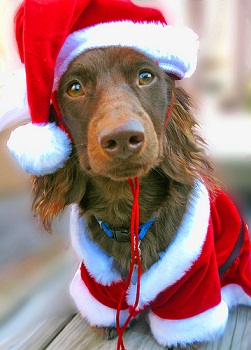 Whether you are ready or not, the holiday season is officially here! From now until January, expect to be greeted by Christmas music, green and red decorations hanging from ceilings, and aisles flooded with wrapping paper and bows. It seems you can’t go anywhere—including popular social network websites—to avoid the holiday rush.

For marketers, the holiday season is a great time to take advantage of engaging with customers—both online and off. The holiday season always seems to see increased contests and sweepstakes distributed through Facebook. Running a contest on Facebook can be a great way to promote a product, increase Page “likes” and generate fan engagement. But is your holiday contest within the limits of Facebook’s rules?

In 2010, Facebook changed the rules of running a contest or sweepstakes on its website. While Facebook no longer requires you to have written permission or spend $10,000 per month on ads, it does require that it is distanced from any contest your company decides to do. In other words, Facebook is not legally responsible for any issues you may encounter during the contest, giving your company sole legal responsibility.

There is one rule that Facebook has stuck by through the years: a contest or sweepstakes must be administered through a third-party application on the Facebook platform. Once the contest is live, it will show up as a tab, visible directly underneath the cover photo. According to Social Media Today, here is a breakdown of contest dos and don'ts:

It’s imperative to build the contest or sweepstakes through a third-party application that will show as a tab on your company’s Page. If you don’t adhere to the Facebook guidelines, you run the risk of having your Page removed. Facebook does reserve the right to reject or remove Pages for any reason. As a general rule of thumb, having a participant post a photo to your Page is in violation of the rules; having a participant add a photo to the third-party app that is a tab on your Page—that's fair game!

What have been some of your favorite holiday contests? Share with us in the comment section below.