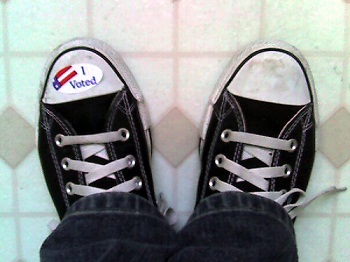 Top Inbound Marketing Lessons Learned from the 2012 US Election

The 2008 US Presidential Election may have been referred to as the “social media election” but that was then, and this year’s election campaign season has been unlike any before it. A whopping 1.8 million tweets were sent on November 4, 2008. But now, in 2012, there are 1.8 million tweets sent every six minutes. Four years ago, we had no idea how big of a role social media would play in the 2012 election. (Can you even imagine 2016?) This year, the use of grass-roots movements, online messaging and targeted demographic outreach helped potential voters advance from simply consuming information to sharing everything from sophisticated data and satirical videos to powerful infographics and snarky memes. This year’s campaign season was an onslaught of inbound marketing and social media life lessons.

Granted, the nuts and bolts of the race are similar enough: two main-party candidates fighting it out over the course of (what feels like) the last year and, of course, there’s still the politics behind the politics. But this year’s election offered many marketing teaching moments, whether you are running for office, running a small business or just trying to decide.

Age demographics seem to be one of the largest dividing lines for targeted marketing this year. Perhaps younger voters aren’t tuning in to watch the election results on the evening news this year (Twitter’s much more convenient), but they are watching some TV—namely the comedic satire news programs such as The Daily Show and The Colbert Report. Making a guest appearance on TDS in mid-October, President Barack Obama sought to get viewers’ attention by meeting them on their terms. But it wasn’t just the President appearing on a nightly news program that stirred so much attention and engaged so many conversations—it was the use of social media during the interview. With hashtags on Twitter, watchers and (potential) voters were able to engage with each other in an easy, portable way. In fact, 39 percent of US adults have engaged in political activity on Facebook or Twitter. And it doesn’t end there. The specific YouTube clip we shared above had nearly 40,000 views in just two weeks; elements of the election will live on through social media forever.

With that sort of potential, make sure your business is where the people are: online! Make a point to be engaged on Twitter and sharing videos on YouTube. Meet your potential customers on their terms and they will welcome you with open arms.

Social media platforms are known for connecting users who are geographically separated by providing a broader community online based on shared interests and ideas. Ultimately, these platforms, such as Facebook and Twitter, let you tell others what you think is cool and what isn’t. This time around (and also seen in 2008) voting is cool. Everyone, from teens to parents and even grandparents are putting their two cents in regarding who they think should be the next leader of the free world. This sort of conversation helps those who may not initially get involved to see what others are talking about and not only develop their opinions, but share them, as well. It is being reported that four out of 10 people will use social media to help them make a decision come election day. Ultimately, the Internet is helping potential voters, young and old, become actual voters.

Lesson #3—Audiences Need to Relate to the Message

Ohio and Virginia have been bombarded by campaign commercials because these states have the biggest impact on the election’s outcome. The campaign managers are smart to have spent their time and money in these two states, but knowing where to share your message is only one part of the battle. The other half? Knowing what to say. One thing that candidates have finally gotten around to understanding (some of the time) is that you need to speak to your audience in a way that it will actually 1.) listen to, and 2.) understand. It does no good to spew out hateful mudslinging or spout off crazy statistics if your potential voters will change the station or get confused. One candidate's radio commercial is in the words of a middle-class mom who is worried about paying for college. Talk about hitting home. Those are the types of messages that work.

So no matter where you are sharing your messages, whether it be on your website, blog, guest blog or tweet, make sure your audience (and potential customers) will 1.) want to hear it and 2.) understand it.

Social Media is Worth It

This year will be the greatest amount of conversation surrounding voting there has ever been, thanks to inbound marketing and, especially, social media. The number of active Facebook users of voting is right around 150 million—if the average number of Facebook friends is 130, there is a gigantic potential for people's opinion to be swayed. While the numbers may not be quite as astronomical for you and your business, the opportunity to build your brand and sway potential customers is certainly there.

What inbound marketing lessons have you learned from the 2012 election? Share with us in the comments below.