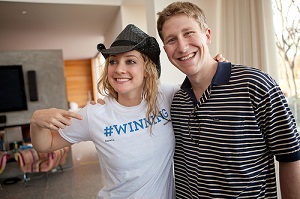 Are the Recent Klout Changes Successful? Do Inbound Marketers Care?

Klout has had quite a few critics since it launched in 2009, and in most cases the prosecution had valid points. The numbers that Klout came up with were always a bit vague, and there are so many aspects of online marketing that Klout very well may have missed. For a while, Klout had the reputation as a “cool” site, but one not to take too seriously. Look at your Klout score and try to improve it, but don’t’ sweat it if nothing happens. Well, it looks like Klout was tired of these lackluster attitudes.

As of August 14 of this year, Klout decided to change the way it determines your Klout score in order to gain more credibility. Not only did the algorithm change, but the site underwent a makeover making it seem as though the site was all new. The real question, then, is whether or not the changes have made a difference to users. Are there just as many negative attitudes about Klout? Even more?

The biggest change made to Klout was the idea that engagement means more than the number of followers or friends that you have on all of your social networks (Klout included). People were found buying thousands of “friends,” which only added to the negative attitudes about Klout, so it’s clear why your numbers now hold less weight.

According to TechCrunch, founder and CEO Joe Fernandez said, “the old Klout score looked at less than 100 ‘signals,’ while the new one looks at more than 400.” Put another way, he says “the amount of data points that the company analyzes daily is expanding from 1 billion to 12 billion.” Some of these changes include:

It was also made clear that online influence will have more of an effect on a Klout score than offline. Although offline will play a role in the calculation, it’s really a tool to illustrate your influence and engagement online.

Klout Then and Now: Have the Changes Improved Credibility?

The changes have now been active for a few weeks. The majority of people will only see their scores increase or decrease by only one or two points (unless you’re Justin Beiber or President Obama), so the reactions tend to be positive. After all, it’s tough to try and criticize a site that has increased the number of factors that go into creating this score. The real question, however, seems to remain at large: Have the number of Klout users increased since the update? Hopefully we will find out soon. 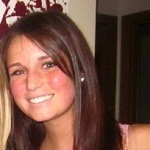 Amanda DiSilvestro gives small business and entrepreneurs SEO advice ranging from keyword density to recovering from Panda and Penguin updates. She writes for Higher Visibility, a nationally recognized SEO consulting firm that offers online marketing services to a wide range of companies across the country. Connect with Higher Visibility on Google+ and Twitter to learn more! 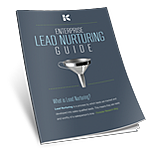 Are you a medium- or large-sized business marketer? Discover the 4 critical steps to lead nurturing campaigns with this helpful guide.