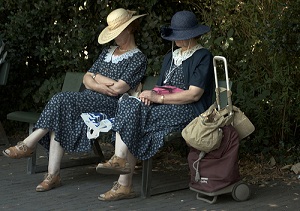 Businesses with an online presence need to recognize the dynamicity of customer preferences for them to thrive. There is not, however, no room for trial and error. While constantly changing the interface of a website requires too much effort and cost, A/B testing effectively determines the exact demand of the audience without it actively knowing its participation. Sim-only.co.uk, a sim card retailer, experiences more than 18,000 views every month and more than 54,000 monthly page visits.

This case study shows the impressive results after six months of testing.

Sim Only collaborated with Maxymiser – one of the leading international experts in multivariate testing – to try an experiment. The results show increased amiable outgoing traffic volume toward an external partner website by utilizing varying designs created to engage audiences.

In all cases, website visitors are able to choose multiple brands at the same time by clicking selection boxes. Brands are also listed according to popularity.

In the first set of tests, sim card photos were used as the main image on the pages. 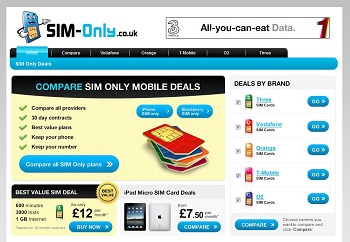 1. Vertical SIM: Links for iPhone and Blackberry services were placed on the original layout of the page, with the list of brands arranged vertically on the right-hand side of the design. 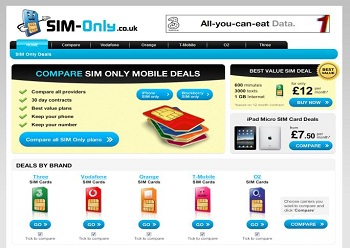 2. Horizontal SIM: While still carrying the links of iPhone and Blackberry, the brands were listed horizontally.

To continue improving, Sim Only took testing a step further, and tried a second test. In this set, the main image on the pages is of an iPhone and a Blackberry. 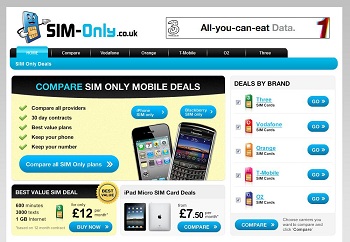 3. Vertical Phone: This design integrates iPhone and Blackberry links with the models presented vertically on the right side of the page. 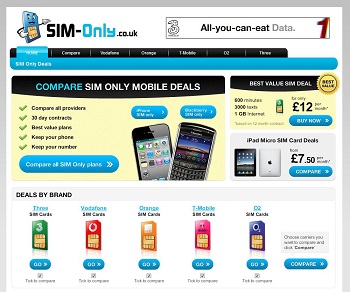 4. Horizontal Phone: Here the brands are listed and displayed across the page.

The test was conducted with an aim to determine the effect of website homepage modifications on the click through rates. The success of the alterations was measured according to the number of clicks on the link of a partnering domain. This was the primary response metric.

The results were backed by the number of clicks made as the audience navigates from the homepage.

Results from the A/B testing were summarized in this table:

Findings point to the third version being the most effective, with almost 20% surge in the number of click throughs. Researchers assert that the performance of the variants was apparent in the different response metrics, including confidence index, uplift, low errors, conversion rate and number of generation.

This was believed to be driven by several factors. One is the positioning of the elements. It was evident that the visitors prefer the vertical design over the horizontal layout. As a result, the vertical phone variation gained a 24.85% uplift rate compared to the horizontal phone. The vertical SIM, on the other hand, amassed an 18.08% advantage than its horizontal equivalent. The results also reveal that users favor phone icons rather than sim card images in the homepage.

These tests prove that even simple modifications can have great impact on the success of the website and that A/B testing is well worth the effort.

Ruben Corbo is a freelance writer who writes about technology, gaming, music, and online marketing especially topics about A/B split testing and how to run multivariate tests. You can read more information on Maxymiser’s AB Testing guide for a better understanding on how it works. Ruben is also an avid gamer and music composer for short films and other visual arts.