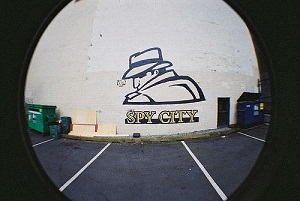 Google recently filed for a patent called "Advertising Based on Environmental Conditions.” This would theoretically take advantage of technology in common digital devices such as your television, X-box Kinect, digital appliances, apps, laptops, smart phones and anything else to build a consumer profile based on the “background noise” it picks up.

The application also said: “A web browser or search engine located at the user's site may obtain information on the environment (e.g., temperature, humidity, light, sound, air composition) from sensors.” With high-quality microphones, ambient light sensors, cameras and GPS becoming more common in devices surrounding us in our daily lives, the “theory,” as Google claims, is much closer to reality than they would like to admit.

“As that title implies, it’s not just background sounds that could be used to determine what advert[ising] you see on your mobile phone. The patent also describes using ‘temperature, humidity, light and air composition’ to produce targeted advert[ising],” reports the Daily Mail.

In response, a Google spokesperson said: “We file patent applications on a variety of ideas that our employees come up with. Some of those ideas later mature into real products or services, some don't. Prospective product announcements should not necessarily be inferred from our patent applications.”

The Development is "Transformational"

However, given that the private industry is already licking its lips at the commercial prospects for this technology, it would be naive to think that the state isn’t far behind.

CIA Director David Petraeus recently lauded this development as “transformational” because it would open up a world of new opportunities for “clandestine tradecraft,” or in other words, make it easier for intelligence agencies and governments to spy on you via your dishwasher.

“With the rise of the 'smart home,' you’d be sending tagged, geolocated data that a spy agency can intercept in real time when you use the lighting app on your phone to adjust your living room’s ambiance,” reports Wired.

Spencer Ackerman of Wired went on to say, “The CIA has a lot of legal restrictions against spying on American citizens. But collecting ambient geolocation data from devices is a grayer area, especially after the 2008 carve-outs to the Foreign Intelligence Surveillance Act. Hardware manufacturers, it turns out, store a trove of geolocation data; and some legislators have grown alarmed at how easy it is for the government to track you through your phone or PlayStation.”

What Does This Mean for Internet Marketers?

A former Google executive - James Whittaker - lambasted his former employer in a 1328-word blog attack recently, saying, “The Google I was passionate about was a technology company—the Google I left was an advertising company.”

However, not everyone is concerned. One of several responses on Google’s site said: “I actually appreciate targeted ads. The point is that ads are always going to be there, so why not make them only things I'm interested in for myself or my company?” Inbound marketing is all about building a "targeted audience." There is no denying this sort of technology could become useful in the field.

And there is no denying that having this information could greatly benefit the consumer in terms of relevant content, products and the reduction of outbound marketing that lambasts you with products and causes you’ll never care about. But consumer privacy advocates, legislators, and many consumers are wondering: Where do we draw the line? What do you think?

Jesse is a Web Developer at Kuno Creative who regularly contributes his technical expertise to Kuno's blog. He carries a Master of Science in Mass Communcations and has over 3 years of experience in web development and design.