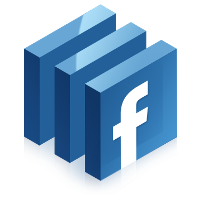 Business Insider reported in late January that Facebook is in the process of launching Timeline for Brand pages and that an official announcement will be made on February 29th during Facebook's invitation-only Facebook Marketers Council in New York City. Since that report, speculation has been rampant about what might be, could be and who has the inside information. At this time the fact is that no one in the general public really knows!

There has been, however, some information mistakenly leaked from big brand beta testers like Coca-Cola. A few large brands have been part of a "behind the scenes" testing group. Mari Smith reported on a Coca-Cola leak on February 16th where Coca-Cola added an update to the year 1951 in their timeline. This appeared temporarily on their Page wall but the post was subsequently removed (not before it was captured in screenshots, though!). This leak gives strong indication that brands will at least have the ability with Timeline, like Profiles, to go back in time and post to specific time periods.

So what does it mean for your Page and what can you do to prepare?

No one knows exactly what Facebook is going to do until there’s an official announcement. However, we can deduce a number of things from the current Timeline for Profiles and Facebook's own admission that they want to have some continuity and consistency between Profiles and Pages (see Mashable 09/27/2011).

Large Cover Image - The large cover image is the most striking visual detail of Timeline for profiles.  We see no reason that this wouldn't be central to a Timeline for Pages. Our guess is that this will function just like it does for Profiles, where Page Admins can add/update the prominent image.

As well, this likely means the Page "Logo" image we currently have on the top left of every Page will be reduced in size, similar to profiles, and therefore, your focus as a marketer will need to shift from a key "logo" image to how you present your brand in the cover image. (See example as posted on Mashable.) 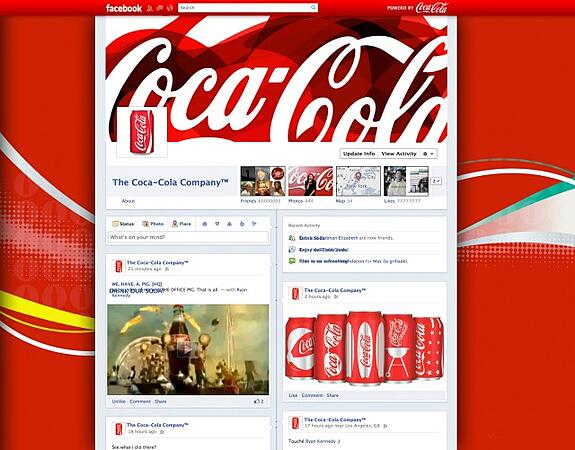 Custom Tabs - Custom tabs serve as a key piece of the Facebook experience for visitors to fan pages. Companies rely on their custom tabs for encouraging the "Like" of the page, for gathering user data, for running contests and sweepstakes, and much more. It's doubtful that this will change. Custom tabs are important to users, Page Admins and, most importantly, to Facebook.

Why Facebook? Custom tabs provide Ad space. Facebook's income comes largely from Ad revenue. With an IPO coming where they'll be accountable to shareholders for profits, it wouldn't make sense to reduce the number of places where ads are shown and, thus, reduce their potential Ad revenue income. Will they change in some other way like size? Perhaps. Perhaps not. I would think it is unlikely they'll change in size.

The Wall - Currently the Wall is the central destination and default location set by Facebook for all that have "Liked" a Page. If you compare the present Page Wall to a Profile Timeline, the Wall fails! It's boring, largely text-based, and much less visually stimulating.

My guess is that the Wall (and perhaps the Info tab) will be replaced with the Timeline. Once a visitor has "Liked" the Page, the default destination will be the Timeline that they return to upon subsequent visits.

What About Tab Navigation?

If the Wall transforms into the Timeline for Pages, obviously the current left navigation for custom tabs will be gone. My speculation, and it's just speculation, is that just like on the Profile Timeline where there are scrollable boxes right beneath the Cover image for "Likes," "Friends," "Photos," etc., there will now be boxes for tabs showing "Fans," "Map," and custom tabs. As well, tabs may appear as "boxes" in the Timeline where it pulls in the tab name, possibly an image (replacing custom icon currently used?), and potentially pulling text from the tab itself.

Obviously this may mean changes and new possibilities for custom tabs. Developers like TabSite are poised and ready to respond and take advantage of the new features that may be added.

So, will custom tabs remain? I think yes. Will users have to rework them? I don't think so, other than perhaps the custom icons for navigation go away and a new size image would be available. Again, just speculation, but this would seem to flow with Facebook's goal of consistency and a "clean" look similar to Timeline for Profiles.

Will it all happen on February 29?

No. I'm pretty confident of this. Facebook will announce what is coming and some of the big brand beta testers will go live at that time or soon after, but the larger world and developers will have time to prepare and adjust much like the long runway for Timeline for Profiles.

So what can be done to prepare?

There are a number of things Page Admins can do to prepare:

One thing you can always expect from Facebook: innovation. As a social platform, Facebook will continue to evolve and change, just as your social relationships are fluid and ever-evolving. Facebook wants to make the world a more connected place. Timeline for Pages is just a next step in this process!

Mike Gingerich is the Business Development and Marketing Director for TabSite and Plan Your Post. TabSite powers more than 66,000 small and medium-sized businesses to create and deploy custom tabs for their Facebook Pages. Plan Your Post empowers companies to monitor, schedule and plan their social media posting via a powerful posting platform for Facebook and Twitter.