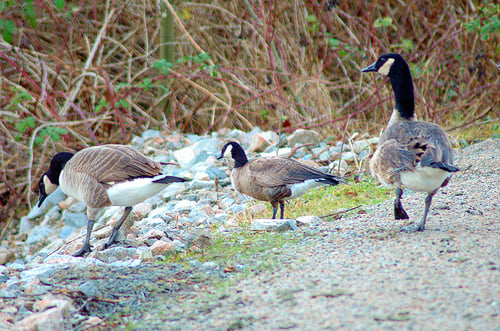 The Web Has Become an Ecosystem of Relevance

As we move forward in the second decade of the first century of the third millennium, some things about the Web are becoming clear: In the beginning, we used the Web as a point-to-point communications tool. Then, we lost our way and used it as an advertising medium. Now, we're back to communicating, only this time we're focusing on relevance. We're looking for conversation and shared experiences with people with common interests. It's about time.

The Ecosystem of Relevance

Three seemingly unrelated events got me thinking about this.

In Google's case, I have no doubt that the Ecosystem of Relevance constitutes a major part of their Master Plan - they just haven't figured out what to call it yet. [Yes, Google, you can borrow my catch phrase if you promise to attribute it to me.] If you think about it, Google is herding us into relevant groups or circles, and at the same time we're thrilled about it. This is exactly what we want - to stop wasting time weeding through the junk online and find the stuff (and people) we really like or respect. So for once, a major technology player is reading the tea leaves correctly and building something relevant.

As for Pinterest, they're just smart about catching the relevance wave early on. Flipboard is another example of a really attractive app that shows us the headlines of things we're really interested in.

What's Next for the Ecosystem?

If you remember a bit from High School Biology, ecosystems survive and adapt by means of attrition. Only the strong survive.

What will survive is relevance. Blogs that are relevant to a group of like-minded people will be popular within the group and attractive to other people with similar interests. Likewise, Google+ circles, Facebook groups, Twitter lists, Pinterest boards, and so on.

What will surely die is mass marketing and its corresponding metrics. On the chopping block:

The other thing that is likely to change is the way we do sales and marketing. In the Ecosystem of Relevance, it makes no sense to take a shotgun approach to attracting visitors, capturing leads (relevant or not) and nurturing them into customers. Instead, we should look to joining relevant groups, becoming a valued member and attracting sales leads directly by virtue of our superior goods and services. Traffic and leads will go way down, but conversion rates will skyrocket with this strategy.

It's a brave new ecosystem folks. Time to start embracing it.

Most companies that fail in social media marketing have each platform in a silo without regard to SEO, connectivity or the efficiencies of time and message that can be gained.