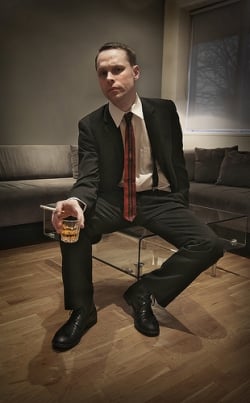 The Clock is Ticking on Big Advertising Agencies & Outbound Marketing

At some point in the near future watching an episode of Mad Men will be more like watching Little House on the Prairie. Many of us today at least have a reference and can relate to the big ad agencies in some way, as opposed to relating to the mid 1800s. Large agencies are beginning to drop like flies and at this rate will soon be the victim of evolutionary displacement and be forgotten. Building and maintaining large advertising agencies with outbound marketing services isn't as feasible as it once was do to the ongoing rise of the digital consumer.

Liggett Stashower, once the second largest ad agency in Cleveland, is the latest in a string of evolutionary victims. They were slowly whittled down from 130 employees and $73 million per year in revenue to less than 30 employees and $2.7 million in debt. Friday, they officially closed their doors and filed for Chapter 7 Bankruptcy. In a letter sent to The Plain Dealer their President said, “We had hoped to reorganize and rebuild the agency, but that unfortunately did not come to pass.”

On February 4th, Procter and Gamble announced the layoff of 1,600 employees, many of who are marketing and advertising professionals. The move was in response to investor pressure and the emergence of digital (inbound) marketing as the best way to contain long-term media (outbound) spending. This begs the question, if P&G let go so many traditional marketers how many big ad agencies were let go (or will be let go) or saw their budgets slashed in favor of inbound hybrid agencies? According to HubSpot, inbound marketing costs 60% less per lead than traditional outbound marketing.

The Emergence of the Hybrid (Inbound) Agency

Paul Roetzer, CEO of PR 20/20, wrote The Marketing Agency Blueprint as a handbook for evolving a traditional advertising agency into the next-generation marketing services firm, a hybrid PR, SEO, content marketing and web agency. As we like to call it, an inbound marketing agency. It’s these hybrid agencies that are best prepared and staffed with the appropriate expertise to service the needs of companies wanting to fully leverage digital consumption today. The hybrid agency doesn’t need to nor rely on brokering large outbound media buys. As budgets continue to shift from outbound to inbound marketing those traditional agencies will be forced to close their doors or evolve to a hybrid agency.

Outbound marketing will never die completely. However, the tracking capabilities of digital marketing, its relatively cheap cost, the emergence of the digital consumer and the popularity of social media will drive more and more companies into the same transition P&G is in the middle of.

The growth of smart phone and tablet adoption, and the ever-evolving “Smart TV” will certainly add velocity to the outbound/inbound transition. The future indeed looks bright for inbound marketing agencies. If the big advertising agencies want to secure their future the time is now to make the transition. Download our Inbound Marketing Blueprint for help planning out your inbound transition.