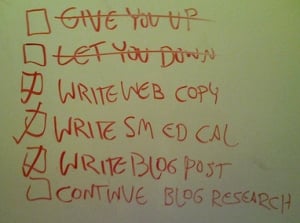 Ever been Rickrolled? Do you know what it is? Rickrolling is the act of tricking someone into clicking on a seemingly relevant link, but instead of the link arriving on relevant content it arrives on Rick Astley’s song “Never Gonna Give You Up.” Spreading online like wildfire, this Internet meme has driven over 54 million video views on YouTube.  It’s quite innocent really, making thousands of people laugh while at the same time reviving Rick Astley’s career. So what possible lessons can we learn from Rickrolling?

What started off as an innocent Rickroll prank accidently turned out to be a viral Rickroll blast on Twitter. Due to the Indiana versus Kentucky basketball game last weekend the Twitter hashtag #IUBB was trending nationally. In fact, there were one to three tweets per second for the hashtag over a 10 hour period.

I thought it would be funny to tweet that ESPN chose Indiana University to upset the then number one team in the country, Kentucky, followed by a link to Rick Astley’s song. I tried to blunt the prank by including “Just Joking” in Twitter speak, JK, at the end of the tweet. Boy, was I mistaken. . .

The tweet went viral, receiving hundreds of retweets and wound up being the top tweet for the hashtag #IUBB for more than seven hours. The likely result of this was the Rickrolling of thousands and the tweet being exposed to tens of thousands! Oops. . . 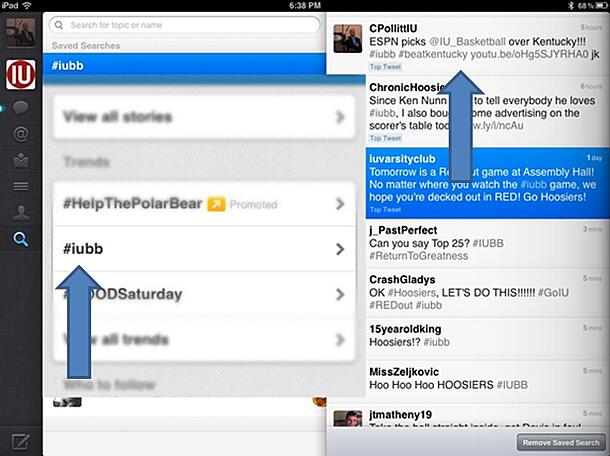 What if a company selling Indiana University gear had a ready-to-launch contest, sweepstakes or give-a-way to promote during that time? With the right twist or spin what would prevent it from going viral, too? The answer is – nothing.

With tools like Trendsmap, and even Twitter itself, companies can easily monitor what is popular on Twitter locally, regionally, nationally and throughout the world. If something related to a company’s brand, product or service offering is trending on Twitter then participating in the conversation has the potential to reach thousands, even millions. So, the next time you see the Twitter trending topics, instead of ignoring them, dig a little deeper and see if your brand can add to the conversion.