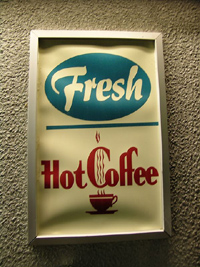 The SEO Implications Of Google Caffeine And Google Freshness

Over the last couple of years, there have been two key enhancements made to Google's search algorithm: Google Caffeine and Google Freshness. Both of these changes were intended to make Google's search results more up-to-date and timely. This post will describe in brief terms how each of these updates changed Google's search and what both of them together mean for SEO purposes.

The Instantaneous Indexing Of Google Caffeine

Google's search algorithm involves the Caffeine web indexing system. Google Caffeine was initially introduced in the summer of 2010 with the intent of allowing for "fresher" search results. Various content types--including articles, blog posts and forum messages--were made available to Google's index almost immediately after being published. This had significant implications since, in Google's own words: "Searchers want to find the latest relevant content and publishers expect to be found the instant they publish."

Before Caffeine, the index was composed of multiple layers, each of which was updated at a different rate. In this system, it could take a couple weeks before new content would be added to Google's search results. Caffeine abandoned the layered framework altogether and began to allow for new pages or new page content to be added to the index as soon as Google discovered it.

Google Freshness And The Role of Timely Relevance In Page Ranking

In the last month, Google unveiled an update to their page ranking system--unofficially known as "Google Freshness"--that gives increased weight to content that is perceived as timely and relevant. As an example, Google suggests searching for a recurring event such as the Olympics. The results that come up are related to the upcoming 2012 Olympics, which are undoubtedly generating the most buzz on the internet right now and are likely to be desired by those searching for information about the Olympics on Google.

There are further specifics that go named in Google's blog post on the subject. Sometimes there are search terms that are not necessarily for recurring events or currently popular subjects, but for which up-to-date information is in high-demand. Searches for types of electronic products and cars are cited by Google as examples. Newer releases and models of named products generally come up first. Making matters even more interesting are the "freshness needs" of different search terms. For terms which Google Freshness determines a low demand for recent content, timeliness becomes a factor of less importance in search result rankings.

According to analysis by Marcus Tober of Searchmetrics, the key "winners" resulting from Google Freshness (i.e. those with a significantly higher SEO Visibility after the update was put into place) were "news sites, broadcast sites, video portals and a lot Brand sites." In other words, sites that are frequently updated with quality content gained the most.

Multiple conclusions can be reached about the SEO implications of Google Caffeine and Google Freshness by simply pondering the above and using common sense. Here are a few of them: