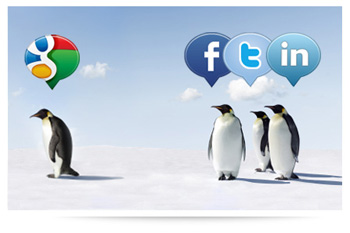 Some people aren’t aware, but there are actually thousands of social media websites out there in the vastness of the Internet. The large majority of which are mostly unknown in marketing and media circles and will probably remain that way into the future. Not only are 99% of social media websites virtually unknown, they will probably never experience mass adoption like Facebook, LinkedIn and Twitter.

The big three, in this order, are Facebook, Twitter and LinkedIn. For both individuals and many marketers using these three platforms represents the absolute limit to what they are willing to manage and use. Even three is too many for some. Admittedly, the big three as defined here are from a US point of view and social media consumers in other parts of the world have other preferred platforms.

YouTube is purposely left out of the big three not because it isn’t a social media platform or isn’t used much. On the contrary, YouTube is hugely popular. However, it’s primarily used for content consumption rather than content sharing, relationship building and conversation.

Location based services such as Foursquare and Gowalla aren’t in the social media platform mix either, because they are big three parasites. Without Facebook and Twitter integration their adoption would be small indeed and most use them exclusively to post to Facebook and/or Twitter anyway.

Google has a reputation for being late to the party regarding their social media forays. There latest attempt, Google+, seems to have the strongest legs to date for survival. However, Google+ still lags behind MySpace and Ning for unique monthly visitors to the website. Why is there so much buzz (pun intended) surrounding this new social media platform then? My guess is simple – It has Google in its name.

Believe it or not, Microsoft is sticking their foot in the social media pool with Socl. So far, Socl looks like it will try to combine search, discovery and social on one platform. Currently, it is in private beta only and doesn’t look like it is poised to be the next big thing.


The only way a new social media platform will enter the US lexicon, be significantly adopted and be massively appealing to the populous as a whole is if it can reinvent the way people can communicate, consume and share content, while remaining simple. It will also have to replace one of the big three, because there isn’t room for a forth social media platform on the top tier. Another possibility is for a merger to occur, but that is highly unlikely. Marketers and people in general are maxed out at three social media platforms. Google and Microsoft are just too late to the party. . .